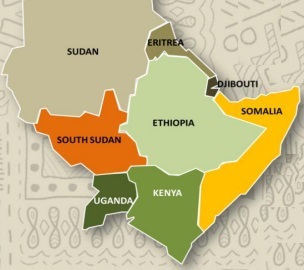 I have always wondered how to describe the modern Horn of Africa States politician. He or she is different from those of old. Visitors to the region in the old times would speak of the Ethiopian Empire and coastal principalities or Sultanates. They would talk of them as literate and as people who maintained records and their history and occasionally, they would talk of the hinterlands, which was mostly occupied by pastoral groups and farmers.  In short, most of the people were peasants, who were also loyal to their kindred and kings and sultans. There was, indeed, an order and the region moved forward to the tunes of live and liberties, and the people knew who they were.

Indeed, the people of the Horn of Africa States, are libertarian in essence. They believe in freedom of the individual, as long as the individual does not harm the general public interest. The population is grouped into tribes and clans and their sub-divisions, but elders, religious leaders and the leader corps always draw respect from the general population.

That was the old ways, replaced now by the new politician, a peasant at heart, with little understanding on how to install a modern system he or she barely understands and introduce them to the general population. No wonder those who use the traditional ways, fare better when it comes to choosing governance personnel. Those who abuse the system and apply either religious or fake political platforms underpinned by the clan instinct and corruption, fail or cause great harm to the people.

Modern living requires certain etiquette as old living also required its own etiquette. It becomes difficult when one tries to impose abused old ways in a modern environment. They cover their ignorance and lack of ideas by cruelty to their own people serving others who have no interest in the region other than their own. Politicians who are basically peasants at heart cannot contribute to the development of the region, in the ways of these uncertain times. It is where rebellious clansmen, lawbreaking and indiscipline thrive and find their way into the governance platforms, which henceforth, creates obstacles to state governance, let alone regional governance.

But the great wonder is that people choose leaders, who later on enslave them and abuse them, but they still love them and elect them again and again. It is vexing and disturbing. There are those who cynically sell their votes knowing that the politicians would not do anything for them anyway and hence cash on upfront, and there are those who just follow the general tribal/clan current, which are abused by political crooks using the clan/tribe and nepotist relations, and there are those who are simply ignorant and do not care and just mark a place in the ballots.

One often sees corrupt thieving politicians thriving in the systems, being appointed as ministers or getting ambassadorial positions or simply those getting big contracts under family names and, hence enriching themselves. These persons become heroes and thrive on account of pious politicians who could have done much better. People vote for crooks and what would they expect from a crook? No wonder the region stays behind others in terms of not only economic development but also in other spheres such as social, scientific and technological developments.

We live in a world that is fluid. The old stability in the old order is no longer assured and a new one has not emerged. The Hornian politician is yet as undecided and unfathomed as he was lately. The single state infrastructure still mesmerizes him and reverting to the old ways of a single region where people could settle anywhere in the region, seems a distant proposition. The Hornian politician, as usual, remains in the crossfire because of the region’s geopolitical location and not of his will. This negatively affects the region, because of the absence of a formal regional organization, addressing matters beyond the region, with one voice.

How has the politician of the region forgotten about the proud five thousand and more years of history and simply flows the tide? How is it possible that the politician of the Horn of Africa States still remains undecided despite all the forces aligned against the region? We have the East Africa Community on its South and the Sudano-Egyptian alliance on its North and the GCC countries on the other side of the seas separating the two regions.

The Hornian politician knows that the IGAD experiment failed. It, in fact, includes countries that play to the tunes of other regional organizations and could not have worked for the region of the Horn of Africa States. It is perhaps time, the region’s politicians revisited the matter and set up new strategies and structures that would be useful and give the region a voice, more than a single country can.