The Horn of Africa States (HAS) consists of Somalia, Ethiopia, Eritrea and Djibouti – together the SEED countries. Geographically, they belong to the Horn of Africa Peninsula, have a long coastal belt of some 4,700 km. It has an area of some 2 million sq. km. and a population of about 160 million, 95% of which belong to the Cushitic people, the most ancient of all the people of the world. It is, indeed, said to be the cradle of humanity, older than other people or region. Often wrongly included in the Caucasian race, but black, the Horn African is a gene of its own. 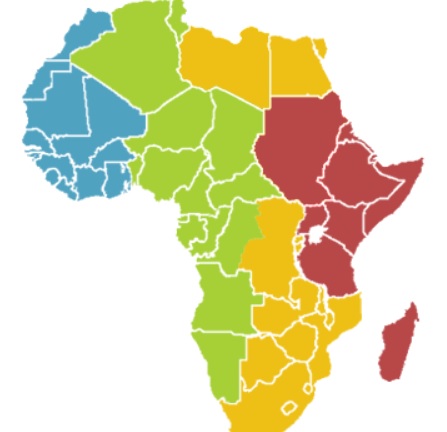 The Horn of Africa States is yet to be formed into a formal organization but enjoys all the atouts of becoming one. The region has a weather and environment conditions that are most convenient for human habitation. It has a terrain that has mountains, plateaus and plains, and a long belt of coasts, and hence economically exploitable large sea spaces. It is a region which has provided original seeds and grains that have enabled humankind to flourish in the region.

The infrastructure of the region is all linked to its seas and oceans and outward to the world. Culturally, it has thousands of years of its own culture, but linked also to West Asia. The region is not good on compromises when it comes to its survival and resisted European colonialism or even the Arabs. The region remained true to itself and independent culturally. It has adopted Islam and Christianity, but those have not disrupted the free mindset of the Hornians or the Horn African citizens.

The geopolitical complexities of the region remains significant, as it overlooks one of the main sea-lanes of global trade – the Red Sea, the Gulf of Aden and the Somali Sea (Northern Indian Ocean). Presence of other powers from beyond the region is still a major impediment to its natural evolution. There is the Chinese naval presence and those of the French, the Americans, the Gulf countries and the Turks and others.

The Horn of Africa States owns substantial resources both offshore and onshore and a large population. Intrepid investors could take advantage of profitable opportunities in the region in terms of infrastructure, resource exploitation and even tourism along its immense beautiful beaches.  Should it free itself from the networks that tie it down such as IGAD and the East Africa Community, the region is bound to rise and grow economically. It has its highlands and lowlands which can provide surplus food and many rivers which can produce hydropower and irrigation. One must note that it is the source of the Blue Nile which provides most water to Sudan and Egypt for the time being.

The region is currently conflicted and there are forces that want it to be so conflicted, but it is changing and fostering integration as a way out of the quagmire.  The current emergencies which appears to have occupied and dominated the region and its authorities, is no more than a rouse by other forces to come into the region and keep it “as is” and politically enmeshed. The region does not trade much with members of the East Africa Community, except, perhaps, small border trades, often illegal, which does not enter the trade statistics.

The East Africa Community (EAC) is a region that consists of Kenya, Uganda, South Sudan, Rwanda, Burundi, DR Congo, and Tanzania. It covers an area of some 5.2 million sq. km, enjoys a population of some three hundred million people. It is, indeed, in central Africa stretching from the Atlantic coast to the Indian Ocean coast and enjoys vast forest and savannah lands, mountains and plains, the highest peaks in Africa and the densest forests in the continent. The people are of Bantu stock mostly but do include Nilotic populations.

Despite an original East Africa Common Market before and immediately after independence in the 1960s, the members of the East Africa Community, do not share a common evolution of governance. Each member has evolved on its own since independence. There are those who have dictatorial regimes such as Uganda, Rwanda, and Burundi, much like those of Central Africa, like Bokassa, and Panda of Malawi or Mugabe of Zimbabwe or even Biya of Cameron and Dos Santos of Angola, to name a few of Africa’s supply line of dictators. Some are doing well economically such as Rwanda, but others are not doing as well as they should be doing. There is still a mutual jousting between the leaders of some of the members such as those of Kenya, Uganda and Tanzania, the original East Africa Common Market. Kenya currently dominates the Region, both on the international stage and in economic development.

Investments in the region is hampered by the indigenous and endemic corruption of the region.  The Chinese have lately come to the region and heavily indebted it such as what it did to Kenya. But Tanzanians and others look enthusiastic about Chinese prospects, although Rwanda seems to be keener on Western investments.  The region is, no doubt, prosperous but it has a long way to go in achieving its goals.

Its objectives and its goals are good, but as an organization, it looks like a pipe dream and a paper tiger, which does not encourage others to join, unless underhand forces are at play. For one, the politicians do not believe in it, and the people are not fully or well informed of the organization to push the politicians forward. Although the region has set the ground rules and signed agreements, it has not yet implemented free movement of goods and people, and there is no common market or common currency. Some of the leaders of the region appear to be jealous of each other. One does not need to look far, when one observes the relations among Uganda, Rwanda and Burundi or Kenya and Tanzania or even Uganda and Kenya. This does not pose well for the region or for those who may be aspiring to join it such as possibly Somalia, whose President has already applied, without understanding the real implications for his country.

For now, the EAC looks good on paper but the political will to implement it is not apparent. There are summits and conferences and other expert meetings, where big allowances are earned or collected, but there is nothing substantial about the region.  The political and economic strategies of the members of the East Africa Community appears to differ. There is, for example, Rwanda, which presents openness and, hence, attracting foreign direct investments, mostly Western. It promotes good governance and good economic policies where investments are safe but contradicts itself through an almost permanency in leadership. There is also Tanzania, which believes it enjoys all the resources it needs locally and hence wants to develop internally and does not promote openness to the others.

In general, the EAC is about hype and there is nothing really tangible about it todate. It is more of a club of presidents and prime ministers and senior government officials. Support finances are not fully provided by the members states just like the African Union and the IGAD or many other African organization. Decisions are, therefore, not entirely East African. Trade between the EAC countries in general and the Horn of Africa States region is limited and at best is only related to small border trades between Somalia and Kenya and between Kenya and Ethiopia, which is insignificant and not even included in general trade statistics.

The Inter-Governmental Authority for Development (IGAD) is a region which is a hybrid region consisting of the countries in the HAS region (Somalia, Ethiopia, Eritrea and Djibouti) and some members of the EAC region (Kenya, Uganda, and South Sudan). It also includes Sudan, which does not belong to either the HAS or the EAC regions. It is more associated with Egypt on the Northeast of Africa. It enjoys a population of some 230 million people and an area of some 3.3 million sq. km.

IGAD was first created in 1986 as IGADD, the Inter-Governmental Authority for Droughts and Development, with six members comprising Somalia, Djibouti, Kenya, Sudan. Uganda and Kenya. IGADD was re-incorporated in 1996 as “IGAD” admitting Eritrea as a new member, and it was joined by South Sudan in 2011. It changed its original mandate of addressing environmental issues to handle peace and security in the region. Despite its lofty goals as listed in its mission and vision, the organization’s contribution to anything in the region remains insignificant and the members play to the tunes of other organizations they belong to, such as the EAC and the Arab League.

IGAD appears to overlap the EAC, and their priorities appear not be consistent with their needs both political and economic. Culturally, they are also far apart, despite being both African, with EAC dominated by the Bantu-Nilotic Communities and IGAD dominated by the Cushitic-Nilotic communities. IGAD has so far failed to live up to its goals and remains an unworkable institution funded by the Europeans as an outreach NGO for their own interests in the region. If there were no funding from the EU, IGAD would certainly disappear for lack of financial contributions from the member countries. The infrastructures linking the Horn African States with the other members of the EAC group are also as limited as any African infrastructural connections could be.