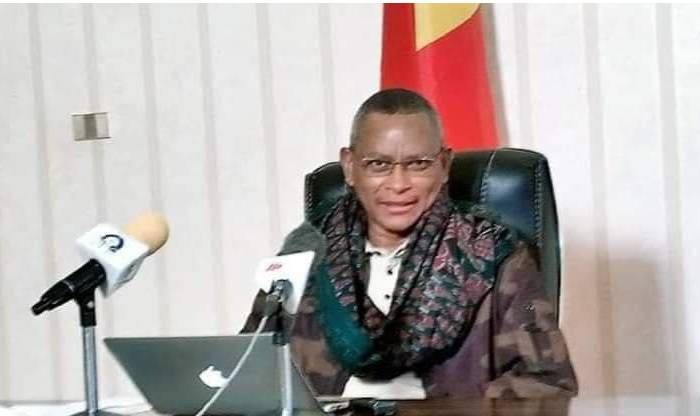 A joint preliminary investigation report conducted by Ministry of Justice and the Federal Police Commission on crimes committed by the terrorist TPLF in Amhara and Afar regions was released today.

The  report revealed that 483 people were killed, 165 injured and 109 raped in three zones of the  regional states which the terrorist group invaded following the unilateral ceasefire declared by the federal government in June 2021.

Briefing the media, Justice State Minister Fekadu Tsega said the terrorist group carried out large-scale atrocities on civilians in violation of international laws in South and North Gondar zones of the Amhara region as well as Galykoma Kebele of Afar region.

He described the victims as innocent citizens who had nothing to do with the war and were not involved in the war.

“The victims had never been involved in the conflict and stayed in their homes during the conflicts. Some had of course fled in fear….. In this regard, our investigation indicated that the human rights abuses were serious.”

Fekadu underscored that the main purpose of the terroristic attacks was to incite ethnic hatred and retaliation. “These horrific crimes do not, however, represent the values ​​of Ethiopians.”

The state minister disclosed that various evidences have been collected, including exhibits, technical and documentary evidences that could explain the crimes alongside testimonies.

According to him, more than 100,000 people have been displaced in Afar region alone while 135,310 were displaced in North Gondar zone and another 47,000 in South Gondar.

In both Amhara and Afar regional states, the TPLF has committed widespread and systematic looting and destruction of public and private institutions, including schools, health posts, cooperatives, churches, mosques and non-governmental organizations, Fikadu stated.

The state minister revealed horrific inhumane acts like gang rape of a woman by 15 members of the terrorist TPLF group and simultaneous raping of a mother and her daughter.

He further added that a seven month pregnant woman was gang raped.

Speaking on murder and related offenses that manifest exceptional cruelty, Fikadu pointed out that 30 days old infant and 70 years old man were killed and six members of a single family  massacred in cold blood.

The terrorist group also killed domestic animals in the occupied territories, looted vegetables and grains with the view to destabilizing the community by destroying the basic necessities of the farmers.