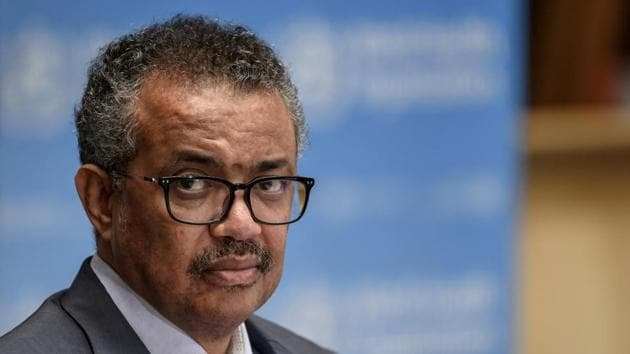 By Stephanie Nebehay and Francesco Guarascio

GENEVA, Oct 28 (Reuters) – The European Commission has suspended funding to the World Health Organization’s programmes in the Democratic Republic of Congo due to concerns over the U.N. agency’s handling of the sexual abuse scandal.

An Oct. 7 letter from the Commission marked “SENSITIVE“, seen by Reuters, informed the WHO of the immediate suspension of financing for five WHO programmes, including its Ebola and COVID-19 operations.

The Commission, in an emailed statement to Reuters in Brussels, confirmed the move, saying that it expected partners to have “robust safeguards to prevent such unacceptable incidents as well as to act decisively in such situations”.

“The Commission has temporarily suspended the payments and will refrain from awarding new funding related to the humanitarian activities undertaken by WHO in the Democratic Republic of the Congo. This measure does not affect EU funding for WHO operations elsewhere,” it said.

WHO officials contacted separately for comment did not immediately reply.

The EU funding suspension raises diplomatic pressure on the WHO and its director-general, Tedros Adhanom Ghebreyesus, to take further action on the documented violations and management negligence, and to prevent it from happening again anywhere.

Tedros, widely believed to be seeking a second five-year term in May, has steered the global response to COVID-19, the worst public health crisis in a century. But major donors led by the United States and Germany have demanded fundamental reforms to its ability to deal with outbreaks and the scandal.

Some 83 aid workers, a quarter of them employed by the WHO, were involved in sexual coercion and abuse during Congo’s 10th Ebola epidemic, an independent commission said last month. The report cited nine allegations of rape.

A copy of the EU letter was sent to the Code Blue Campaign, part of the Aids-free World, a watchdog group that aims to end impunity for sexual offences committed by U.N. civilian and military personnel.

The European Commission’s letter, addressed to Tedros, voices “extreme concern” over the “magnitude of the findings”.

It seeks assurances that victims have been protected and compensated; details of WHO’s recruitment process in Congo including background checks; WHO action to ensure alleged perpetrators are not re-hired by the UN or aid groups; and an independent review of “individual responsibilities within WHO for the negligence in the treatment of allegations and evidence”.

“In view of the gravity of the reported situation, the Commission hereby suspends all payments relevant to the activities undertaken by your organisation in the Democratic Republic of Congo,” it reads.

The Commission seeks a WHO reply within 30 days and says that Brussels will then take another 30 days to decide whether to resume payments or confirm suspension for up to another 30 days. In the meantime, no new funding will be awarded to the WHO for activities in Congo, it adds.

The WHO last week issued its plan to prevent any further misconduct by aid workers deployed in its field operations, vowing to ensure the scandal would be “the catalyst for a profound transformation of WHO’s culture”.

Dr. Gaya Gamhewage, WHO acting director of prevention and response to sexual exploitation, abuse and harassment, told Reuters in an interview this week that more women have reported sexual exploitation and abuse by aid workers during the Ebola crisis from 2018-2020.

She reiterated that the WHO was referring the rape allegations to national authorities for investigation and said that WHO was sending all 83 case files to U.N. investigators in New York for action regarding employees of all agencies.

Paula Donovan, co-director of AIDS-Free World and its Code Blue Campaign, said in a statement this month after the WHO’s management response plan was issued that the agency was failing to pursue most perpetrators.

“This is a giant step backward. The WHO is treating dozens of violent crimes alleged against its own personnel and top officials as simple breaches of UN rules. If governments allow the UN to get away with this, it will be a solid victory for UN impunity.

“The entire process reinforces the bogus notion that UN personnel and senior officials are above the law,” she said