Hospitals have been receiving and treating an increasing number of wounded people, following armed clashes in different parts of the country. While dealing with the influx of wounded, a number of them have reached out to the ICRC for support. 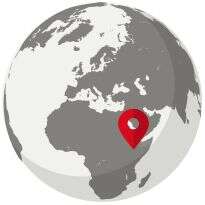 “Many communities have been significantly affected by the ongoing violence, especially in places where it is difficult to receive urgent medical treatment,” said Nicolas Von Arx, the head of the delegation of the International Committee of the Red Cross (ICRC) in Ethiopia. “We call on all those involved in fighting to spare civilians and protect medical facilities and personnel.”

To respond to an increase in violence in different regions the ICRC, in cooperation with the Ethiopian Red Cross Society, has stepped up support to hospitals, providing essential supplies and materials and repairing basic infrastructure. In Amhara, for example, it has been delivering supplies to Sekota and Lalibela General hospitals, as well as Gondar University hospital, where casualties from recent armed confrontations receive treatment. The ICRC has also been delivering emergency medical supplies in Tigray, where health facilities are hit hard by acute shortages of medicines, fuel and electricity, while also treating casualties.

Supporting ambulance services provided by the Ethiopian Red Cross Society, a vital lifeline in violence affected regions, has been a major priority.

In July 2021, the ICRC delivered medicines, medical material and hospital equipment sufficient to treat over 1,100 critically injured, 3,300 moderately injured and 24,000 patients with other medical conditions.