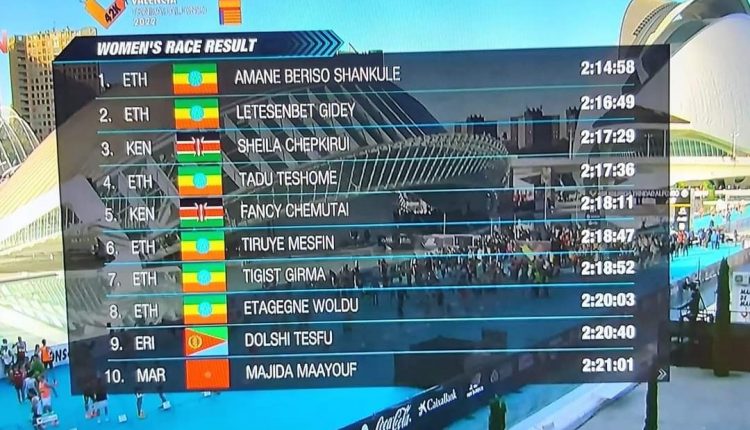 The pre-race build-up revolved around Letesenbet, who set the world half marathon record in Valencia last year, breaking Brigid Kosgei’s world record of 2:14:04 on her marathon debut.

She and fellow Ethiopian athlete Amane Beriso were soon clear of the field, but it was the 31-year-old – whose previous personal best was set in Dubai six years ago – who moved away in the closing 5km.

Amane clocked 2:14:58 to put her third in the all-time list, only bettered by Kosgei and another Kenyan, Olympic champion Peres Jepchirchir.

Speaking afterwards, Amane said she was very happy but felt that she would have broken the world record had she received more help from pacemakers.

The top seven women all broke 2:19, the most in a single race, with a number of national records set.