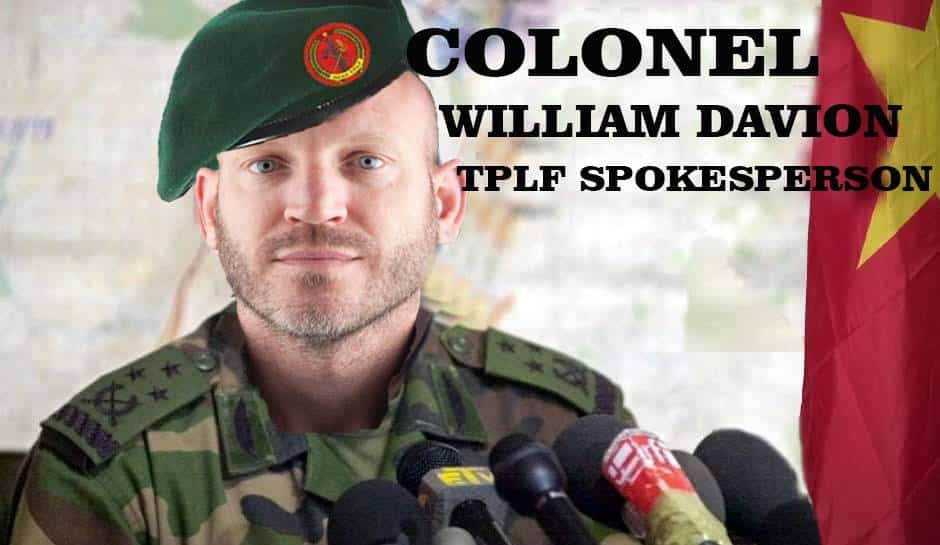 In the October 24th, 2021 edition of  “The Inside Story”  of Aljazeera, William Davison appeared as the  representative of Getachew Reda, the Tigrai People Liberation Front’s (TPLF’s) speaker again.

Had William Davison had a shred of conscience in his soul, he could have told the world how evil TPLF is because no other foreign journalist knows about the TPLF  as much as he knows. If William is not  fighting against the truth and history, he could have informed the world about the hundreds of thousands of Ethiopians TPLF massacred and tortured  to stay in power and rob the whole Ethiopia for nearly three decades. Williams is hiding TPLF sterilized Amara girls and hanged water bottles on the testicles of imprisoned men. He knows TPLF sow the seeds of ethnic hatred, and boasted  it is capable of making different ethnic groups burn each other like grass and fire.

In fact, the pathological liar Getachew Reda is better than William Davison for Ethiopians at this point. Getachew Reda and his comrades always tell the world that they will destroy Ethiopia unless they take power and rob the people again. However, William Davidson tries to hide their true motives to confuse the world and facilitate their take over of power.

It is perplexing why William Davidson works for TPLF day and night and promotes their evil actions. At any rate, William Davison may confuse the international community, but for Ethiopians William Davison is the white speaker of TPLF, perhaps worse than the drunkard Getachew Reda.

2 thoughts on “William Davison Is the White Speaker of TPLF!”