This time around is becoming too terrible! It is highly horrifying that this world is being immersed in an ocean of lies. And it is naturally true that lying is contagious. That is why even the Ferejis (the well known term to call white people in Ethiopia) are also infected by this chronic disease of TPLF, LYING. Tigray People’s Liberation Front is fond of lying; I think, they can’t survive without lying. It’s a disease. 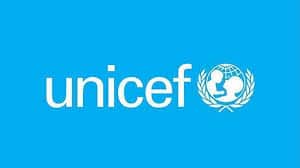 I heard this morning that the head of UNICEF witnessed the starvation of 2.3 million infants in Tigray. Though I beautifully understand the purposive lies and exaggeration in some statistical data of this planet, especially in the so called third world or developing countries, it is totally crazy to declare that 2.3 million infants are starved, or whatever has happened against these kids, in Tigray I know very well. In case my knowledge about infants is correct, their age is between 0 and seven. Imagine that the number of kids plus the number of their fathers plus the number of their mothers equals 6.9 million. Go ahead with some calculations; think of the siblings of these kids whose ages are over seven, the number of people who are old and can’t bear children, the number of people who are celibate, sterile, sex-phobic, nuns, monks, etc. … If we add all these and other variables in this equation, the entire population of Tigray would be nearly 15 or 20 million in my modest estimation. When we lie, let’s try to have some limits.

What is this UNICEF doing? Whose instrument is it? It is shame! Is it a tool of terrorists?

As I mentioned earlier, I know the population of Tigray. It is about six million. The majority of this population lives out of Tigray, either in the rest of Ethiopia or abroad. No Tigrian is pleased to live in Tigray especially in the heydays of TPLF. Ethiopia was their PLC. So, every Tigrian, unless it is his/her choice to live in that region, they were free to be omnipresent and omnipotent. I was there some years back. You can visit the rural areas of this region even now; houses are empty, most of the small towns are deserted, as a result the region seems abandoned by its former residents. In one of my articles written some years back, I said the population of Tigray in Tigray could be around two million and as a matter of coincidence, one former member of TPLF, namely Riste Tesfay, estimated the residents of this region to be two million.

My guess is this: the head of WHO (World Health Organization) might have deluded the head of UNICEF in his campaign to save TPLF from the wrath of Ethiopians. This must be the onliest reason the UNICEF has got itself in this unfathomably bottomless scandal. I was shocked when I heard the “news”.

Just a bonus: Ministers were reporting the accomplishment of their respective annual plans in an assembly during Dergue. Understandably, the chairperson was Mengistu Hailemariam and people by then believed that he becomes happy when ministers tell popped up statistics. The turn to give a report came to the mike of the Minister of Agriculture. He started to report the total area of arable lands in the country. From all the then 14 provinces, the Minister reported that Ethiopia has an aggregate arable land of over 1.2 million square kilo meters. The assembly exploded into laughter, because the size of the arable land was more than that of the size of the country’s total area. This Minister and Henrietta Fore are identical twins, in case a he and a she can fit this kind of fraternity. Such nature of people always intrigues me.

Lying is ugly; lying is a sin; lying is a sign of littleness used to fill the gap created by poor psychology; hence, please let’s all abandon this despicable behavior.

Post-T.P.L.F Tigray in the Aftermath of the Law-Enforcement Operation