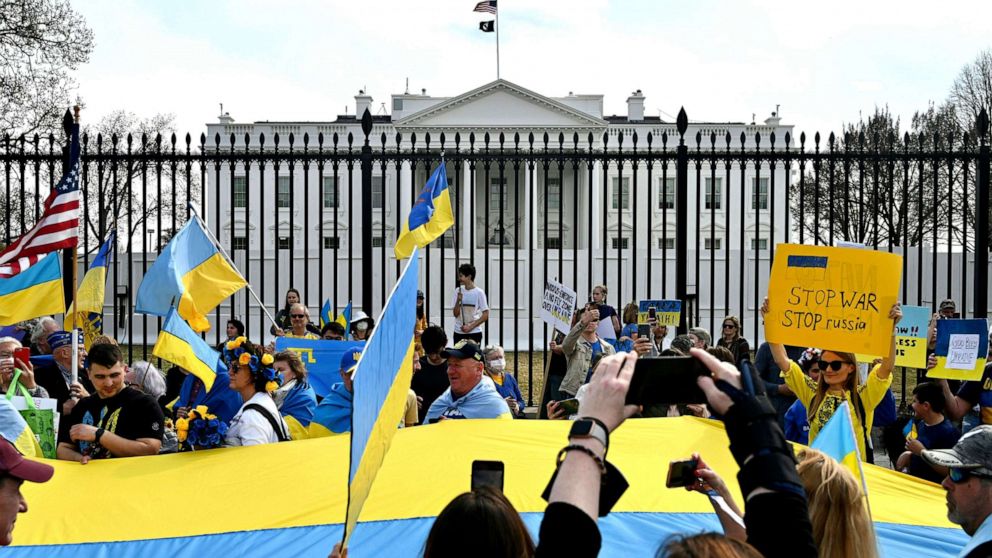 Since the onset of the Ukraine war, I have been trying my best to warn my compatriot Africans about the impending danger to the “jungle” Africa by the neocolonialist “gardeners” of the west (that is, Europe, US, and Australia).  I have been writing (in one form or another) that …

The war in Ukraine is a proxy war of the west by the west for the west.  It has nothing to do with the sovereignty and territorial integrity of Ukraine or the freedom and democracy of Ukrainians.  Instead, it is a war for total domination of the non-western world by humiliating, if not totally defeating, the principal power opposing that domination (Russia), and then making it an unforgettable example for other wannabe challengers of the west’s neocolonial domination, principally China.

Like its victory over Nazis in the second world war heralded the beginning of the end of the dominance of Nazism, if Russia prevails and defeats western neocolonialists in Ukraine, its victory will herald the beginning of the end of the neocolonial domination of the west.  In this sense, the war in Ukraine is a life and death struggle for the west.  And it is becoming increasingly apparent that the west prefers instant death by nuclear Armageddon trying to defeat Russia to slow, agonizing death by losing its neocolonial hegemony.

If the west defeats Russia in Ukraine, it will also most likely defeat China, using its Taiwanese foot soldiers to fight China just as it is using its Ukrainian foot soldiers to fight Russia.  If the west defeats Russia and China, it will no longer have a serious rival to its neocolonial hegemony and, therefore, its reign through its own self-serving “international order” will be absolute.  Its grip on the non-western world will be even tighter than it was before the onset of the Ukraine war.  Once again, the Sun will not set on the west’s empire of neocolonial domination and the whole non-western world will forever be condemned to toil slavishly to fund the west’s lavish lifestyle.

More importantly, if Russian and China are defeated and made subservient to the west, western neocolonialists, knowing that they have no serious challenger anymore, would throw their veil of freedom, democracy, and human right to completely reveal their true self.  They will immediately revive the master race theory of their colonialist predecessors like Mr. Churchill who once wrote “I do not admit for instance, that a great wrong has been done to the Red Indians of America or the black people of Australia. I do not admit that a wrong has been done to these people by the fact that a stronger race, a higher-grade race has come in and taken their place. The Aryan stock is bound to triumph.”

The former prime minister of England, Boris Johnson, an admirer and biographer of Churchill, implied the same when he wrote “the best fate for Africa would be if the old colonial powers, or their citizens, scrambled once again in her direction; on the understanding that this time they will not be asked to feel guilty.  The continent may be a blot, but it is not a blot upon our conscience … The problem is not that we were once in charge, but that we are not in charge anymore”.

Alas, white supremacists are now assuming that they have defeated Russia or are on the verge of defeating Russia, and, therefore, will easily defeat China, and, therefore, can throw their veil of freedom, democracy, and human right to completely reveal their true self, without worrying about any serious revival to their total domination of the non-western world, the “jungle”.   This is what Joseph Borrel, the European Union’s foreign policy chief, exactly did on the 13th of October 2022 – in the 21st century.

When Joseph Borrell said, “the gardeners should go to the jungle”, he is simply repeating what Winston Churchill has said in the 1930’s, and what the Boris Johnson has repeated in the 2010’s.

Therefore, for the “jungle” Africa, the choice cannot be any more obvious.  Before the “gardeners” come to “garden” it, Africa should heed the warnings of Mr. Churchill, Mr. Johnson, and Mr. Borrell and seize the golden opportunity Ukraine offered her to take the fight to the “gardeners” backyard and wedge a life and death struggle against the “gardeners” alongside Russia, not for Russia’s sake but for her own.

Finally, my humble advice to President Putin.  Mr. President, whether you like it or not, white supremacists view your country Russia as a part of the “jungle”, as clearly stated by Mr. Borrell when he said, “the jungle is in Ukraine”.  Therefore, Mr. President, in your hands is the fate of not only the “jungle” Russia, but also of the “jungles” Africa, Latin America, and Asia, principally China.   You can save the “jungle” Russia and all “jungles” of the world from the “gardeners” by giving the “gardeners” a death blow right on your doorstep, in Ukraine.  That is, if you attack the gardeners not for attack’s sake (as you seem to be doing right now), but with all of Russia’s military might to defeat them decisively, especially by taking out their command-and-control center in Kiev by any means necessary, including nuclear, preferably tactical.