There’s no doubt that Zelensky’s self-imposed ban on negotiating with Russia actually placed his side in a dilemma from which it’s impossible to emerge unscathed in the soft power sense. He’s damned if he sticks with his ridiculous preconditions for talks since this stance greatly reduced his appeal among the global public within both de facto New Cold War blocs, while he’s equally damned if he reverses this selfsame stance since it would suggest that the emerging stalemate forced him to. 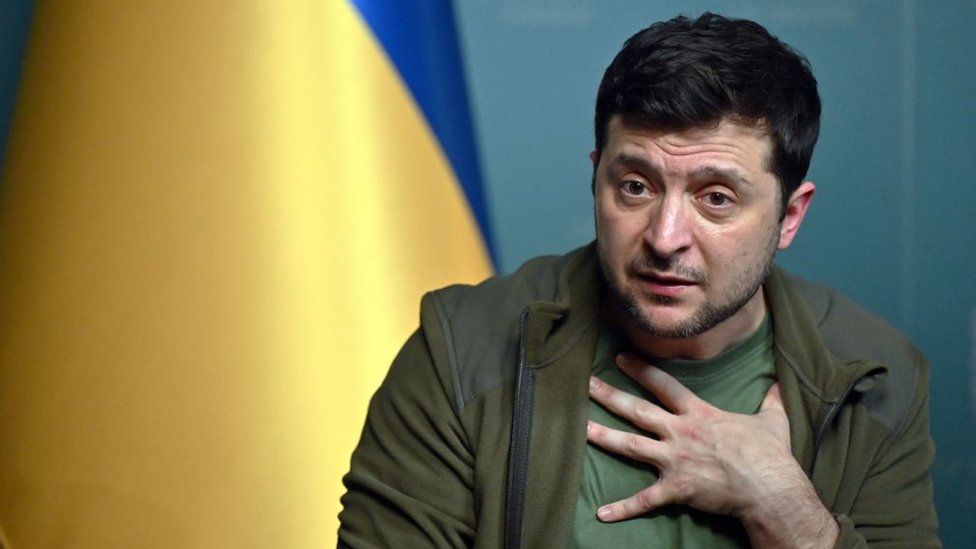 Zelensky’s self-imposed ban in early October on holding talks with Russia until his counterpart’s removal from office was promulgated without much forethought. The Ukrainian leader evidently thought that he’d come off as “strong” and “confident” in the eyes of his patrons among the US-led West’s Golden Billion. The reality, however, is that their people became convinced of his arrogance while those across the jointly BRICS- and SCO-led Global South became alarmed at the ripple effect that this could have.

Regarding the first audience, which was the one that he was intentionally targeting alongside his hyper-nationalist domestic audience, they’d already grown fatigued with their governments’ never-ending multibillion-dollar subsidization of US-led NATO’s proxy war on Russia through Ukraine. Zelensky’s ungrateful begging, which the Washington Post (WaPo) recently reported had even provoked Biden to chastise him over, made it seem to many like he was exploiting the conflict just to keep the cash rolling.

As for the second audience, which he clearly wasn’t considering when he promulgated his self-imposed ban on holding talks with Russia, they’re extremely concerned about the lasting impact that this could have on their food and fuel security. Zelensky’s refusal to negotiate absent the unrealistic preconditions that he demanded (i.e. regime change in Russia and total victory in the Ukrainian Conflict) proved to them that he and his patrons don’t care about the collateral damage done to the Global South.

The combined effect of this ridiculous ban is that it served to dramatically reduce confidence in his side’s intentions among mostly everyone in the world apart from those elite members of the Golden Billion with a self-interested stake in indefinitely perpetuating the conflict. Upon belatedly becoming aware of the counterproductive soft power consequences connected to this decision, the Biden Administration reportedly demanded that Zelensky at least pretends to be interested in talks, according to WaPo.

The logic is that the global public might soften their increasingly skeptical stance towards his side’s cause if he signaled that he was once again open in theory to negotiations without the unrealistic preconditions that he earlier demanded. The trade-off, however, is that he’d risk discrediting himself in the eyes of his hyper-nationalist domestic audience – to say nothing of those ultra-radical ethno-fascists within his armed forces and security services – and thus possibly catalyzing a crisis of confidence.

Not only could this lead to more people fleeing from this crumbling former Soviet Republic than the millions that have already left over the past eight months, but he might not even achieve his patrons’ desired soft power objective, thus making the entire stunt doubly counterproductive. This forecast is predicated on the fact that trust lost isn’t easily regained and most of the global public regardless of which side of the New Cold War they’re on is unlikely to believe that he suddenly changed his mind.

This is all the more likely after WaPo’s latest report informed the world that the US wants Zelensky to at least pretend to be interested in talks in order to manipulate the public’s perceptions about the conflict and thus make them more supportive of this proxy war against Russia. Few of those folks who have already become skeptical about his side’s cause are likely to forget about the legitimate concerns that they’ve recently come to have just because he suddenly flipped the script under pressure.

Had Zelensky pretended to change his mind without the public having first been informed by WaPo that this scenario would be the result of US pressure, then there’s a chance that some of the most naïve skeptics across the world might have fallen for this ruse. Even so, however, it would still have made him appear weak. That’s because his backtracking would have suggested that he’s doing so as a result of the stalemate that’s setting in along the Line of Control (LOC) with Russia.

This objectively emerging outcome works against his side’s cause with respect to reducing the willingness of his patrons’ people to continue indefinitely subsidizing this proxy war if there’s only a very low likelihood that anything significant would change with the inflow of billions of more dollars. With this in mind, there’s no doubt that Zelensky’s self-imposed ban on negotiating with Russia actually placed his side in a dilemma from which it’s impossible to emerge unscathed in the soft power sense.

He’s damned if he sticks with his ridiculous preconditions for talks since this stance greatly reduced his appeal among the global public within both de facto New Cold War blocs, while he’s equally damned if he reverses this selfsame stance since it would suggest that the emerging stalemate forced him to. Either way, it’s unlikely that his side will ever regain the trust that was lost among the global public through his ungrateful begging and zero-sum demands for negotiations with Russia.