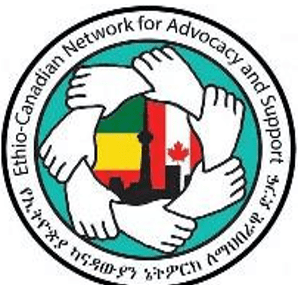 We Ethiopian Canadians are dismayed by the United States Senate Resolution S.Res.97 that advance a disturbing idea of moral equivalency between the legitimate government of Ethiopia and Tigray People’s Liberation Front. A terrorist outfit that precipitated the current conflict by pre- emptive attacking the Northern Command of Ethiopian Army station in Tigray for 30 years.

We note that Ethiopia’s parliament unanimously declared Tigray People’s Liberation Front (TPLF) as a terrorist organization in May 2021. Ethiopians are very disturbed by the US senates’ call to negotiate with a terrorist organization. This call is tantamount to legitimizing domestic and international terrorism in Ethiopia. US senates’ resolution S.Res.97 is equivalent to asking the United States Government to negotiate with Osama Bin Laden and ISIS terrorists.

The steps taken by Ethiopian government against the TPLF to maintain law and order is a none- negotiable responsibility of a sovereign nation around the world. Ethiopia is no exception. Mobilizing Ethiopian national defence forces including special forces of the regional administrations in order to maintain law and order within its own territory is Ethiopia’s government exclusive and prime responsibility.

More importantly, Ethiopia is an ally of the UN peacekeeping operation in Africa and Asia. Ethiopia’s stellar contributions to UN peacekeeping effort in safeguarding the collective security around the world has been nothing but exemplary. The US worked closely with Ethiopia to fight terrorists such as Al Shabab and Al Qaeda in Somalia and Sudan. The GoE’s operation in Tigray was aimed at removing the TPLF, an organization listed as terrorist entity in the Global Terrorism Database. In this operation Ethiopia should be considered an ally of US and other nations who are fighting against international terrorism.

Ethio-US bilateral relations have a century old history of cooperation and mutual understanding. Ethiopians constitute one of the largest migrant population from Africa to US. Unfortunately, the US is also a sanctuary for TPLF supporters who are currently misinforming the public and particularly the US officials who have been misled to support S.Res.97.

Ethiopia is focused to fighting poverty and underdevelopment. America’s leadership is at its finest when it helps other countries such as Ethiopia lift themselves out of poverty. Appeasing a terrorist group such as TPLF is unbecoming of America’s core values. We, therefore, respectfully request the USA administration to engage the Ethiopian government constructively.