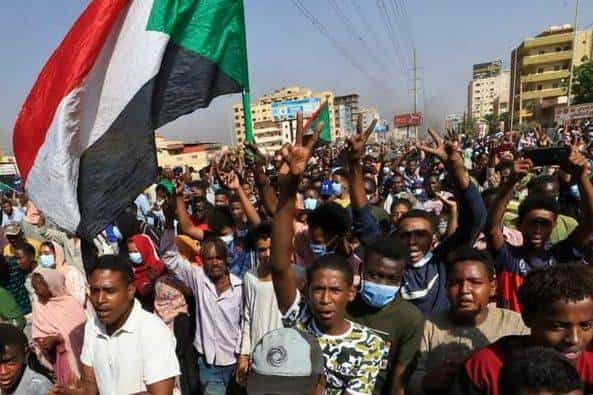 The U.N. Security Council has scheduled an emergency closed-door meeting on the coup in Sudan this afternoon.

Diplomats said late Monday that the consultations were requested by the United States, United Kingdom, France, Ireland, Norway, and Estonia.

The council is wrapping up a visit to Mali and Niger and is scheduled to return to New York early This afternoon, so the meeting has been scheduled for 4 p.m. EDT, the diplomats said ahead of an official announcement.

Sudan’s military seized power Monday, arresting the prime minister and other officials of the transitional government, sparking protests by thousands of demonstrators across the country demanding a return to civilian rule. The takeover threatened the country’s shaky progress toward democracy.