Is the war coming to an end with the military defeat of the TPLF ? Perhaps. If it does, the victory of the Ethiopian forces must be understood and celebrated as the moral and political victory of the Tigreans over the TPLF. Why? Answering this question requires making a detour. 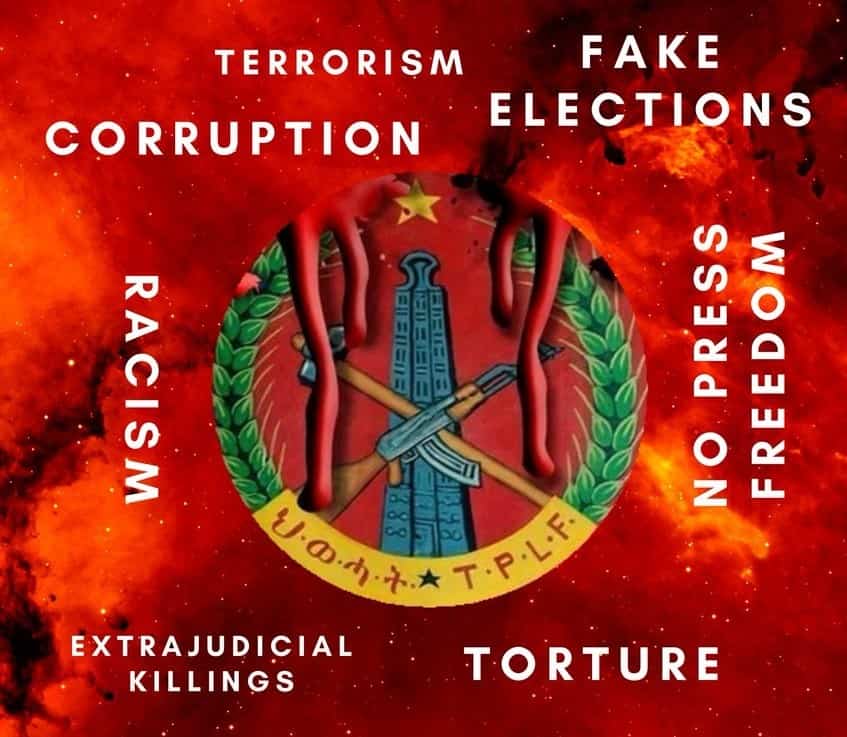 First, It must never be forgotten that Tigray is one of the important cradles of Ethiopian history and civilization, with all that this historical fact implies politically, morally, materially, spiritually, and culturally.

The infamous 1968 Manifesto (EC) is the first documented expression of the TPLF’s radical nihilism. It is replete with linguistic violence and rhetorical venom against Ethiopia. It is a Manifesto that breathes a hatred of Ethiopia such that many Tigrayans were made to believe that there was nothing true or good in Ethiopian history and life.

From 1968 (EC) to the present, the TPLF has resorted, as one could see in the voluminous missives of its members, followers, and sympathizers on social media, to a violent rhetoric of dehumanization and demonization of Ethiopians. It represented Ethiopians as the enemy of Tigreans. The TPLF consciously and systematically inculcated in its followers a radical nihilist will and desire to destroy indiscriminately all things Ethiopian.

TPLF’s radical nihilism painted Ethiopians as “evildoers” against whom “nothing is forbidden,” and “everything is permitted.” It opened the door wide open to “altruicide.” “Altruicide,” writes Achille Mbembe, “is the constitution of the Other … as a menacing object from which one must be protected or escape, or which must simply be destroyed if it cannot be subdued.”

The TPLF’s radical nihilism made Ethiopians “killable,” and what belongs to them “destroyable.” Thus, the indiscriminate killing of innocent men, women, children, the incomprehensible and gratuitous killing of farm animals, the wanton destruction of health and educational establishments, homes, farms, water wells, infrastructures, and other basic necessities of life in Afar, Gondar, and Wollo.

Moreover, in its radical nihilistic ambition to “destroy” or “subdue” Ethiopians, it has used Tigreans as expendable tools of war. In the relentless pursuit of its radical nihilism and its unbounded obsession with sheer destruction for the sake of destruction, the TPLF has used Tigrean children as soldiers and Tigrean civilians, men and women, as human shields and cannon fodder.

The TPLF has killed Tigreans as much as it has killed Ethiopians. It has made Tigreans too “killable,” as the mass graves in various parts of Tigray of Tigreans who refused to fight attest. The TPLF has transformed Tigray into a gigantic necropolis.

We can now understand why the Ethiopian forces’ victory over the TPLF has to be recognized and celebrated as the victory of Tigreans, because the TPLF represents all that which is inimical to and destructive of Tigreans and of the humanist values they have created and contributed to Ethiopian civilization. Consider the following snippets of Tigray’s crucial contributions to the formation of Ethiopian civilization and its humanism.

One of the sources of the Ethiopian humanist tradition—expressed in the aphorism “each is the cure for the other,” (ሰው ለሰው መድሃኒቱ / säw läsäw mädhanitu)—is Tigray. In the 15th century, the radical monk, Aba Estifanos, who hailed from Tigray, and his disciples in Northern and Central Ethiopia (the Däqiqä Estifanos) firmly believed in mutual help, reason, and dialogue—“I am in litigation with Ethiopia”, as a Däq Estifanos put it—as a venue for settling disputes, despite the fact that the Emperors of the time, who saw a threat in the independence of mind of the Stephanites, persecuted them.

Ethiopian humanism also found a powerful voice in the 17th century philosopher, Zara Yacob, born around Axum. In his critical reflection on human nature and life, he argued for the primacy of reason, humility, the care for the other, and dialogue in human and social relations and rejected violence. We find a similar commitment to reason, dialogue, and solidarity in the early twentieth century intellectual, Negadras Baykedagn, originally from Tigrai.

The radical nihilism of the TPLF is an absolute negation and a violent rejection of Tigray’s humanist ideas and values and the historical roles they played, together with others, in the formation of Ethiopian civilization. TPLF’s radical nihilism has no historical, political, intellectual, and moral roots in Tigray or elsewhere in Ethiopia. Radical nihilism is totally alien to Tigrean culture and is espoused mainly by Tigreans with Western education. Its roots could be traced in part to Gibbonism and its deleterious consequences.

Since TPLF’s radical nihilism has contaminated many groups in Ethiopia, the de-TPLFization of Ethiopia is essential in order to cleanse Ethiopian society from the radical nihilism of the TPLF and its political, social, psychological, and cultural consequences. This starts with the disbanding of the TPLF and its surrogates. However, for de-TPLFization to be successful, it must be done concurrently with the reconstruction of Tigray and, obviously, of all the areas the TPLF has destroyed in its radical nihilistic pursuit of destruction for the sake of destruction.

Given the massive destruction the TPLF has wrought on Tigray and neighboring areas, the reconstruction of Tigray is a daunting undertaking that requires huge resources—financial outlays, technical expertise, qualified personnel, agricultural and manufacturing inputs, educational and health resources, infrastructure renewals, and so forth.

To heal the profound wounds that the TPLF has inflicted on Tigray, Ethiopians should unreservedly share the burden of reconstruction with Tigreans. They must take all the needed measures—economic, social, political, cultural, psychological—and provide all the necessary support and cooperation to rebuild the region. To be meaningful, these measures must be elaborated and implemented with the full participation of the population of the devastated regions. “To share” with Tigreans the victory over the TPLF means then an unconditional commitment by all Ethiopians to do all they can to ensure the successful reconstruction of Tigray.

This reconstruction has obviously more than a material aspect to it. If Ethiopians share with Tigreans the victory over the TPLF through their wholehearted commitment to the reconstruction of Tigray, the reconstruction will also be the renewal and the strengthening of the cultural, moral and spiritual fibers of Ethiopian civilization to which Tigreans have contributed in important ways.

We will thus rescue our past from the ravages of TPLF’s radical nihilism, and thus march into the future with the optimism and determination to build a better Ethiopia. We could then say, we have an Ethiopia we commonly “share” in peace, freedom, and prosperity.