“Hands off Ethiopia! Respect our sovereignty”

“TPLF must not be given another chance to wage 4th war”

“The people of Tigray are our sisters and brothers”

“The TPLF junta is our common enemy! TPLF is a Trojan Horse”

In the city of Gondar, protestors held Russian flags, a symbolic defiance of US mistaken policy towards Ethiopia.

These massive demonstrations confirm that the TPLF is a mortal enemy of all the Ethiopian people. The West can no longer justify or afford to support this terroristic and destructive group.

I have argued in my commentaries that the TPLF is anathema to peaceful coexistence of Ethiopians. It is anti-Ethiopian, anti-rule of law and anti-democracy. It is hopelessly tribal and corrupt. It undermines peace and stability in Ethiopia and the rest of the Horn of Africa. It does not represent the hopes and development aspirations of Tigrean-Ethiopians let alone of all Ethiopians.  A question we must ask is there any justification for TPLF existence.

On October 23, 2022, political scientist and independent researcher Bisrat Lemessa Kabeta, PhD, writes a penetrating piece in SCOOP, “TPLF’s Exit: A Crucial Step Towards a Post-Conflict Ethiopia Capable of Sustaining Peace and Development” and concludes “Underneath the renewed fighting in northern Ethiopia, a post-TPLF Tigray is becoming increasingly likely. TPLF can no longer make significant military gains as Ethiopian defense forces are steadily eroding its fighting capabilities, liberating strategic locations, and closing in on its command centers. Its leaders may soon have to choose between a negotiated exit or a total defeat. In either case, Ethiopia’s post-war trajectory will begin.”

I agree with this conclusion. TPLF is not alone in its smear campaign against Eritrean and Ethiopian defense forces in general and against the garment of Ethiopia in particular. The slew of enablers and propagandists the West ignores includes Tedros Adhanom, Director, WHO, Western opinion-makers Rene Lefort, Alex de Waal and Martin Plaut. The circle on page four depicts the global animus Ethiopia faces. It is against these forces that Ethiopia is winning the war while preparing for lasting peace.

According to Kabeta “Western political players seeking a resolution to the war are ready to embrace a post-conflict Ethiopia but not one without TPLF in government roles. They want TPLF not only to survive but also to have a vital role in determining the country’s destiny. As the window of opportunity closes with the national defense forces’ military advances, they are urging an unconditional ceasefire to prevent TPLF from dissolving completely.  They then want the AU-led peace negotiations to facilitate TPLF’s re-entry into Ethiopia’s political arena as a recognized regional authority. It is unlikely that the Ethiopian government will accept this scheme. There are at least three reasons why: the problems of false premises, implementational challenges, and adverse consequences.”

The United States and the EU wrongly believe that the survival of TPLF as a political entity in post-war Ethiopia is in their own national security and economic interests. The circle of influencers and opinion makers identified in commentaries 15 and 16 argue that both Eritrea and Ethiopia are waging a war of encirclement, starvation, ethnic cleansing, and genocide against the Tigrean population. The concert of TPLF propagandists intend to use smear campaign to achieve the following:

The cohort of Western influencers, policy, and decision-makers dismiss in total the brutality and rent seeking nature of TPLF high powered and exclusionary rule for three decades. Ordinary Ethiopians, especially youth, resented the special status, privileges and access to opportunities that TPLF granted to Tigrean elites including those in the Diaspora. Those oppressed and excluded revolted against TPLF. When it lost power and special privilege TPLF garrisoned in Mekele; it conspired with Ethiopia’s adversaries and started the current war.

Ethiopia has done everything under the sun to avert this catastrophic war. Tragically for Tigreans and non-Tigreans, Ethiopia’s adversaries including the West failed to hold TPLF accountable. They did the exact opposite—gave it a human rights cover (Tigrean genocide, famine and the like). They failed to challenge the spread of misinformation, falsehoods, and partisanship that fueled irreconcilable differences between Tigreans on the one hand and non-Tigreans on the other. The result of this deliberate neglect is that half a million lives lost, and Ethiopia lost tens of billions of dollars of investment.

The government of Ethiopia, the African Union, the EU, US, and UN have an obligation to listen and respond to the hundreds of thousands of Ethiopian voices who condemned the TPLF and chanted “Hands off” Ethiopia.

These voices made a clear distinction between the ultra-tribal, corrupt, and left leaning TPLF leadership and the vast majority of Tigrean Ethiopians. In making this clear distinction, the Ethiopian people are saying to the international community that there is no place for TPLF in Ethiopian politics.

South Africa will host the AU sponsored and Obasanjo-led meeting next week. This is a welcome development. African leaders can resolve African problems. Is Ethiopia to serve as a model.? I believe it can.

The AU must accept the core principle that the government of Ethiopia has a constitutional obligation to defend Ethiopia’s sovereignty, territorial integrity, and the human security of all Ethiopians.

I urge the government of Ethiopia not to succumb to Western pressure allowing the TPLF leadership a safe exit or reinstatement without accountability for treason, war, and economic crimes and for destabilizing Ethiopia in collusion with foreign powers.

I urge all Ethiopians, including Tigreans, to refrain from fueling the conflict and interfering with the negotiation process. The West and Tigreans in the Diaspora must accept the TPLF has outlived its political and social purpose. Resurrecting it entails more catastrophe, this time for the entire Horn and Eastern Africa. The way forward is permanent peace. Kabeta’s conclusion is appropriate. 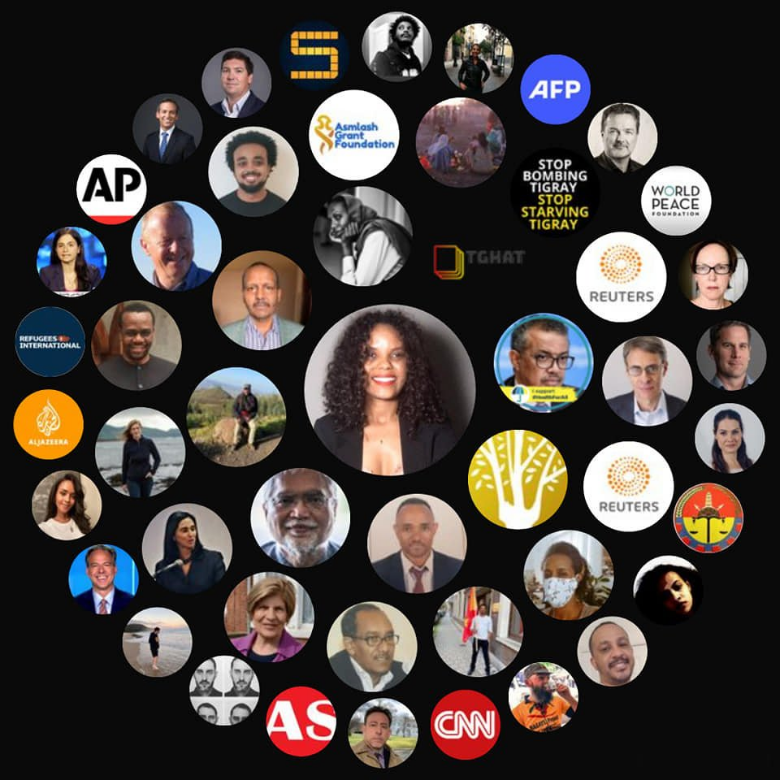