In 1991,Tigray People’s Liberation Front (TPLF), aided by Eritrean People’s Liberation Front (EPLF), overthrew the socialist government of Ethiopia after decades of civil war. TPLF co-opted the Oromo Liberation Front (OLF), which was active in southern and western parts of Ethiopia during those decades, and other other ethnic political groups to establish a new constitutional order that divided the country into nine ethnolinguistic regions. In a similar vein, TPLF recently created a new alliance with a splinter militant faction of the OLF called Oromo Liberation Army (OLA). The aim of this opinion piece is to highlight the origin of this unholy alliance and reflect on its fate. 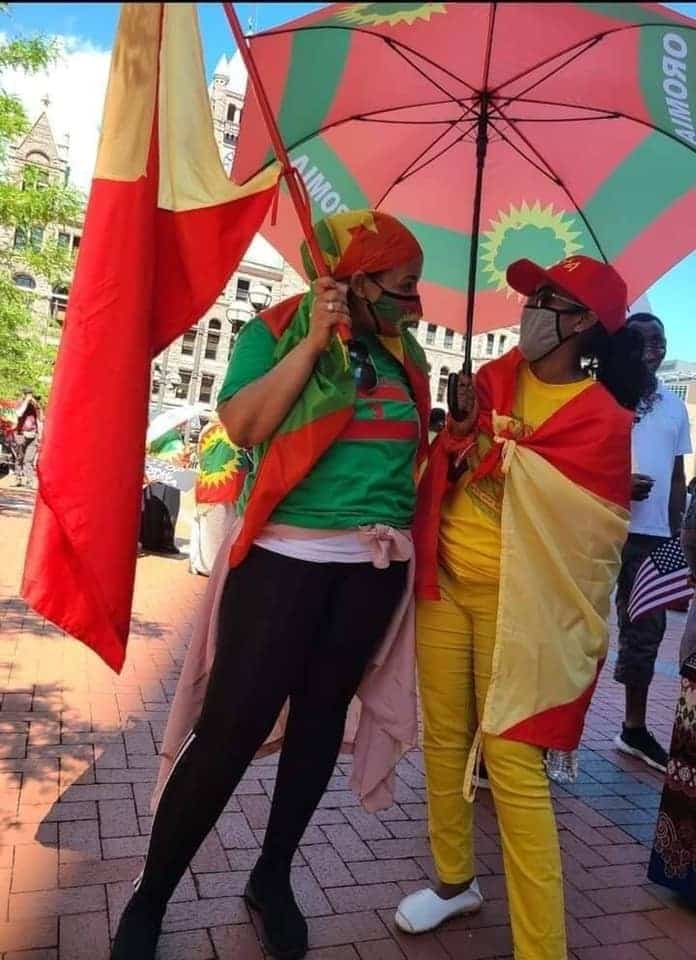 This recent alliance reminds us of the short-lived TPLF-OLF alliance saga that occurred about three decades ago and concluded with a tragic betrayal. In replacing the pre-1991 stable geography-based administrative structure of Ethiopia with ethnic federalism, the OLF served as a crucial partner to TPLF, which dominated the government. The ethnolinguistic federal system has been marred by continuing boundary disputes and clear indications of ethnic cleansing in some regions. Under the ethnolinguistic federal arrangement, the Tigray regional state became nearly double the size of the historic Tigray proper, by annexing fertile lands of Raya and Welkait which has an international border with Sudan. Both locations are historical lands of Amhara provinces namely Wollo and Gondar. TPLF knew that the only way to sustain this level of land robbery was through brute force backed by institutions of the federal government of Ethiopia, which itself was dominated by theTPLF. Once TPLF consolidated power, OLF was kicked out of the power-sharing agreement, its leaders were persecuted and exiled and the military wing of the OLF was disbanded.

In 1998, the TPLF led government fought a major war against the Eritrean government over a border dispute along Badme that claimed about 100,000 lives and displaced millions for no apparent justified cause. After such a colossal loss of life of mostly the youth from non-Tigran ethnic groups, both governments signed the Algiers Peace Agreement, which resulted in a “no-peace, no-war” state between Ethiopia and Eritrea for twenty years. TPLF used the stalemate as an excuse to accumulate most of the national defense capability in the Tigray region. In addition, it buried weaponry at strategic locations in the Tigray region and elsewhere outside the purview of the Ethiopian National Defense Forces (ENDF).

In the two decades that followed the war with Eritrea, TPLF consolidated power in security, intelligence and military institutions. As such, the reign of TPLF was hallmarked by human rights abuses of Oromos, Amharas, Somali and Anuak. Resentments over this TPLF hegemony prompted a popular uprising ending the nearly three decades of TPLF dictatorship in 2018. A new party named Prosperity Party was constituted and took government power under the leadership of Prime Minister(PM) Abiy Ahmed, an ethnic Oromo. Initially TPLF welcomed the PM along with a cross-section of the society including exiled politicians and media personalities. However, when the PM asserted independent authority, TPLF withdrew its support, refused to join the new Prosperity Party and retreated to Mekele.

Situated in its base in Tigray, TPLF took time to prepare for a comeback. On November 4, a war between TPLF and the federal government broke out when the TPLF attacked the ENDF base in Tigray and looted strategic military assets. While in power, TPLF concentrated Ethiopia’s military assets in Tigray under the pretext of threat from Eritrea with which it sustained a no-peace, no-war situation. After a major defeat by the ENDF, TPLF has managed to show some signs of revival and it attempted to expand the horizon of the war into neighboring Afar and Amhara regions. The account of lives lost is unheard of. TPLF has mobilized human waves to overrun government forces. Lately, it has seized major cities in the Amhara and Afar regions.

Emboldened by its recent gains in one of the multiple battle fronts, TPLF is working on its design for Ethiopia in its wild imagination of regaining federal state power in Addis. TPLF considers the Amhara people as threats to Tigray to the extent that its propaganda messaging theme vividly portrays the Amhara as the eternal enemy of Tigray. As such, TPLF leaders in the likes of Tsadkan Gebretensae, Getachew Reda, and Debretsion G/Michael have vowed to annihilate the Amhara people. If TPLF succeeds in its wild ambition to regain power, its wish is to dismantle the Amhara Region.

TPLF and OLA officials recently held a meeting in a private residence in the Washington DC metro area. The purpose of the meeting was for TPLF to garner collaboration from OLA in exchange for a promise. In the meeting, TPLF officials reiterated their regret in creating the Amhara regional state as it has become an obstacle to their dream of staying influential for a century. They expressed their intent to ensure that the Amhara people do not have regional representation by dissolving the current Amhara regional state. In this regard, TPLF promised the whole of Shoa, Wollo, and part of Gojjam to become part of Oromia under a new confederated new state to be formed by OLA. Gondar will be partitioned between Tigray and Kimant. According to this evil design, arguably the 50 million population of Amhara will be rendered stateless and unrepresented. Hence, this design becomes a matter of survival for the Amhara people and perhaps for the millions of multi-ethnic Ethiopians. Recently the supporters of TPLF and OLA have been openly promoting the evil plan of dismantling the Amhara region on social media.

In order to execute the evil strategy of making Amhara stateless, TPLF needed a cover that resembles a government and thus assembled once again a Federalist and Confederalist group composed of nine ethnic groups out of the more than eighty ethnic groups in the country and notably by excluding one of largest ethnic groups, the Amhara. The groups TPLF recruited are Afar Revolutionary Democratic Unity front, Agew Democratic Front, Benishangul People’s liberation movement, Gambella People’s Liberation Army, Global Kimant People Right and Justice Movement /Kimant Democratic Party, Oromo Liberation Front/Oromo Liberation Army, Sidama National Liberation Front, Somali State Resistance and Tigray People’s Liberation Front. It is not clear if any of the ethnic groups other than the Tigray people have a base in the population they claim to represent.

If such a plan to render the huge population of Amhara stateless gets a chance, it would certainly herald endless chaos in the Horn of Africa and beyond. The Amhara people will most likely engage in perpetual conflict to ensure their rightful place and could engulf the greater Horn of Africa. Moreover, the unholy marriage between TPLF and OLA will once again prove its tragic divorce with OLA bruised and abused. TPLF’s notorious history of exploiting negotiation forums to achieve its goals at the cost of others, its cruelty against the Oromo people and the disdain it has to Oromo leaders are bound to hinder any genuine alliance. Therefore, the TPLF-OLA tactical alliance, rooted in mutual hatred towards Amhara, is unlikely to be even short lived as it is stillborn. It won’t succeed in its illusion of the disintegration of the Ethiopian state.

1 thought on “The unholy marriage in atrocity: the case of TPLF and OLA-Shene”