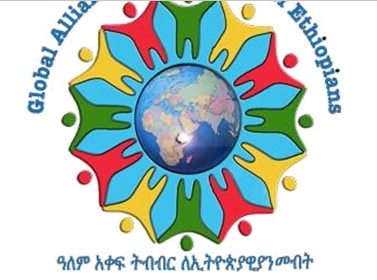 GARE expresses its condolences to the families massacred senselessly by the terrorist Oromo Liberation Army and its extremist allies pre-identifying, deliberately targeting and slaughtering Amhara and Orthodox Christians in a cycle of ethnic cleansing and genocide, the latest on November 1, in Gawa Qagna village, Gulusio District, Wellega, Oromia. GARE condemns these atrocities.

GARE believes that the Federal Government of Ethiopia led by Prime Minister Dr. Abiy Ahmed has practically failed to defend the safety and security of the Ethiopian people, especially the Amhara, Orthodox Christians and other minorities residing in Oromia and Beni-Shangul Gumuz where recurrent ethnic cleansing and genocide has taken place.

GARE is deeply concerned that lack of quick, bold and consistent intervention by federal authorities against extremist, terrorist and jihadist groups including the OLA and the TPLF, both identified as terrorists in the past, poses imminent threat to targeted civilians. It is time for Abiy Ahmed’s Government to identify OLA and others as terrorist groups; and to seek concurrence from the United Nations and the African Union.

GARE upholds the principle that the Federal Government of Ethiopia is solely responsible and accountable for the safety and security of the Ethiopian people, including Amhara, Orthodox Christians and other minorities who reside in any part of Ethiopia.

GARE agrees with the Ethiopian people that the Federal Government of Ethiopia must take immediate and bold measures against those who committed genocide and ethnic cleansing as well as those who are complicit in these crimes ; and hold all culprits accountable in a court of law.

Further, GARE demands that the Federal Government of Ethiopia led by Prime Minister Abiy acknowledge to the public and or take the following steps immediately:

Global Alliance for the Rights of Ethiopians (GARE)

GARE calls on the Ethiopian people to demand accountability from all levels of government; urges the Amhara, Oromo, Tigrean, Somali, Annuak and other ethnic groups of Ethiopia to engage constructively and creatively with one another; avert the imminent danger of wholesale Rwanda and Bosnia like massacre; and prevent the Balkanization of Ethiopia.