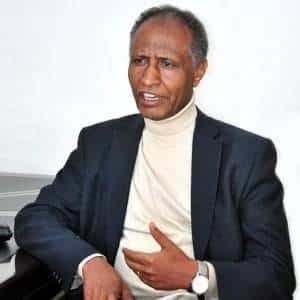 My name is Ghidey Zeratsion. I am one of the founders of TPLF and have lived in Norway for 30 years as a political refugee opposed to the ruling party of Ethiopia the Ethiopian Peoples Revolutionary Democratic Front (EPRDF).
I am sending you this so you can have a balanced reporting on the situation. If you need more information you can reach me. As we all know the disgruntled TPLF leaders for the last two years have been working to destabilize Ethiopia and remove PM Abiy by force. They have been war mongers. They have labeled the Amharas and the government of Abiy as enemies. They have been recruiting special force militias and mobilizing/agitating the people of Tigray by giving a false image of themselves as superior heroes.
Claiming and boasting that they have a superior military power that can defeat the Ethiopian army. They had repeated military parades as a show of force/power. Their medias were broadcasting these rhetorics day and night. They have been overtly and covertly instigating violence directly or through extremist puppets all over Ethiopia. They have repeatedly defied the laws of the country and orders of the federal government.
The Amhara regional parliament and its government has declared peaceful co-existence with neighbouring regions including Tigray and that border issues should be resolved peacefully according to the Ethiopian constitution(March 2019). On the contrary the TPLF was beating its war drum. PM Abiy was begging them for negotiations and even send them mediators (shimageles) but all in vain, because of TPLFs intransigence.
Finally, the TPLF attacked the unsuspecting Ethiopian army (the northern division) on Nov. 03, 2020 late evening while peacefully in its camps, and looted the military ware. What else is then left to the Ethiopian government except responding militarily to this coward and shameful attack? Now the TPLF is crying foul and asking for negotiations after it has blown it to full scale war. In my opinion the only option left to TPLF at this stage is to submit its arms. This is not a war between people. It is a war to bring the perpetrators under the rule of law.
As we speak Tigrians under the liberated area by the Ethiopian army are joyously celebrating their freedom from the tyrant TPLF and this will be the scenario with every liberated area coming onwards.
Ghidey Zeratsion, one of the founders of TPLF.
Tel: 47 95768001 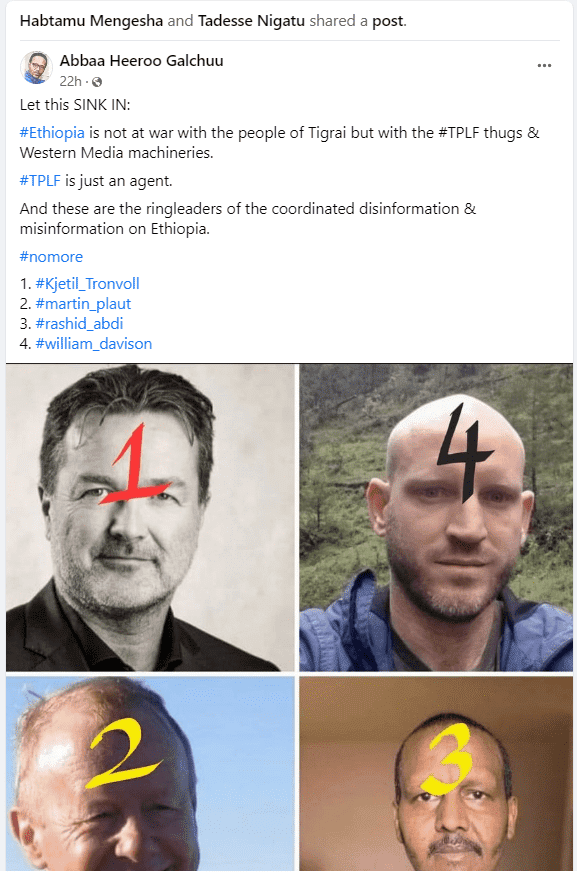