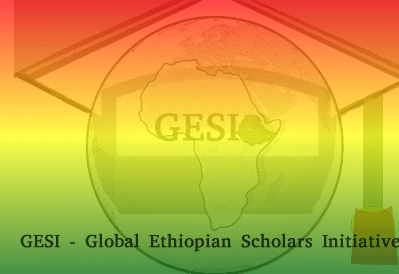 We, the Board members of the Global Ethiopian Scholars Initiative (GESI), have read with deep concern the Executive Order signed by President Joseph R. Biden, Jr., on September 17, 2021 in relation to the ongoing crises in Ethiopia.

GESI is a non-profit organization of leading scholars from across Ethiopia’s diverse regions and registered in the US state of New York, with a mission to generate evidence relating to developments regarding that country, with particular emphasis on external public opinion and internal policy initiatives.

The Board members of GESI appreciate the engagement of the President in seeking viable solutions to the problems facing that ancient country, and his stated interest to hold accountable individuals and groups associated with actions or policies that undermine democratic processes or institutions or the territorial integrity of the country.

However, we strongly object to the continued steadfastness by the Biden administration to draw a false equivalency between the government of Ethiopia and the Tigray People’s Liberation Front (TPLF), while overlooking the egregious crimes committed by the terrorist group.

Research shows that the TPLF, during its 27 years of apartheid-style rule, had looted the nation’s treasury, and committed horrific crimes, as documented by humanitarian organizations, including the Amnesty International and Human Rights Watch, as well as in successive US State Department Country Reports.

Following its treasonous attack against the Northern Command of the Ethiopian National Defense Forces on November 4, 2020, the TPLF has continued to commit atrocities, despite the central government’s declaration of a unilateral ceasefire on June 28, 2021.

We are, therefore, apprehensive that the Executive Order is likely to have the consequence of resurrecting the terrorist group, and reinstating its oppressive and tyrannical rule on the people of Ethiopia.

We contend that a US foreign policy that is intent on appeasing a terrorist group, rather than preserving the long-term interest of the people of America would have unimaginably catastrophic implications. A return to power by the terrorist group would further lead to inter-ethnic violence, mass displacements and uncontrollable destabilization in the Horn of Africa. Most importantly, legitimization of the violent crimes of the terrorist group would encourage other extremist groups in the region to incite violence, and weaken democratic institutions.

We strongly believe that that the current position of the Biden administration relating to Ethiopia has all the hallmarks of the failed policies of the past. Just a few weeks ago, the world watched with consternation how misguided foreign policies could lead to such catastrophic tragedies as those that unfolded at Kabul international airport. Earlier, the Iraq War, which was launched based on misinformation, not only cost incalculable taxpayers’ money, but also destroyed innumerable lives and families both at home in the US and in Iraq. Today, senior policymakers in the Biden administration, most of whom were associated with the Benghazi fiasco in 2012, appear to be resolute to advance the TPLF agenda of hate and tyranny.

It is, therefore, with a sense of urgency that we call upon the people of the United States to heighten their awareness of the dangerous policy followed by the Biden administration in the Horn of Africa and to seek answers to fundamental questions that will have far reaching aftermaths. In particular, we believe that it behooves the American public to scrutinize with prudence:

We would encourage the public to acknowledge these fundamental aspects of the conflict in Ethiopia and urge the Biden administration to pursue a constructive policy based on respect for national sovereignty and the promotion of peace and stability across the Horn of Africa region.

The prospect of a nation of over 100 million people failing should be ominous to the peace-loving people of the United States who have witnessed countless foreign policy debacles. We are confident that as the public gets to know the true picture of the TPLF and understands the misguided policies formulated under heavy influence by highly-paid PR firms and personal acquaintances, judicious decision-making will prevail, and a stable and prosperous Ethiopia, which shall serve the long-term interest of the United States, will indubitably emerge.

The Board of Directors, GESI