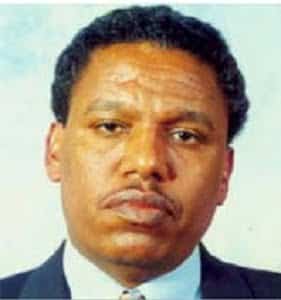 No man’s fate, not even what has happened any of the CUD leaders, reveal EPRDF’s excesses and the hypocrisy of the West than Siye Abraha’s . Pre and post election violence, the west has, at least, given lip service to human rights abuses, condemned political detention and gently nudged their darling African leaders, Meles Zenawi, to change. Amid all that, Siye’s name has barely got a mention.

Some Ethiopians think Siye Abraha has been victim of a system to which he was a willing accomplice during his days as one of the most powerful politicians in Ethiopia. Others blame him for having his finger prints all over the current ills of Ethiopia, ethnicization and lack of democratic institutions just like his ex-comrades within EPRDF. For that and other reasons, a lot of Ethiopians who say they are genuinely committed to democracy and freedom in Ethiopia are apathetic about the gross injustice being committed against him by the Meles regime.

I take issues with such attitudes. First, genuine defenders of rights don’t let their political judgment cloud their opinion in the face of injustice. Second, the ethinicization of Ethiopian politics is a generational issue. As Messay Kebede argued it is “both an aspect and a consequence of the radicalization of Ethiopian students and intellectuals in the 60s and early 70s.” A member of that generation, Siye Abraha shares his own blame for that if, indeed, we argue that there were better alternatives to analyzing and solving Ethiopia’s problems. Third, it is unfair to apportion disproportionate blame on a politician who had spent most of his time in power away from the federal government for the lack of democratic institutions in the country.

Siye isn’t an angel. He has made mistakes. We can site tons of them. But he went to prison for a big cause, a cause the democratic movement in Ethiopia holds dear: the sovereignty of Ethiopia. He showed courage to face Meles Zenawi when he realized EPRDF hadn’t taken its job of protecting Ethiopia’s sovereignty and territorial integrity seriously. In that sense, he is a unique figure. He is EPRDF through and through; but he has the same passions for our country as we have. He is EPRDF; but he has suffered the humiliation and abuse of the system like the opponents of EPRDF. He is EPRDF; but he has taken Meles to task. He is EPRDF; but he is not corrupt (as the evidences provided by the prosecutor in his trial couldn’t show that).

Siye, for me, is more of a unifying figure than a polarizing politician. Let’s embrace him and stand up against the abuses he is facing.