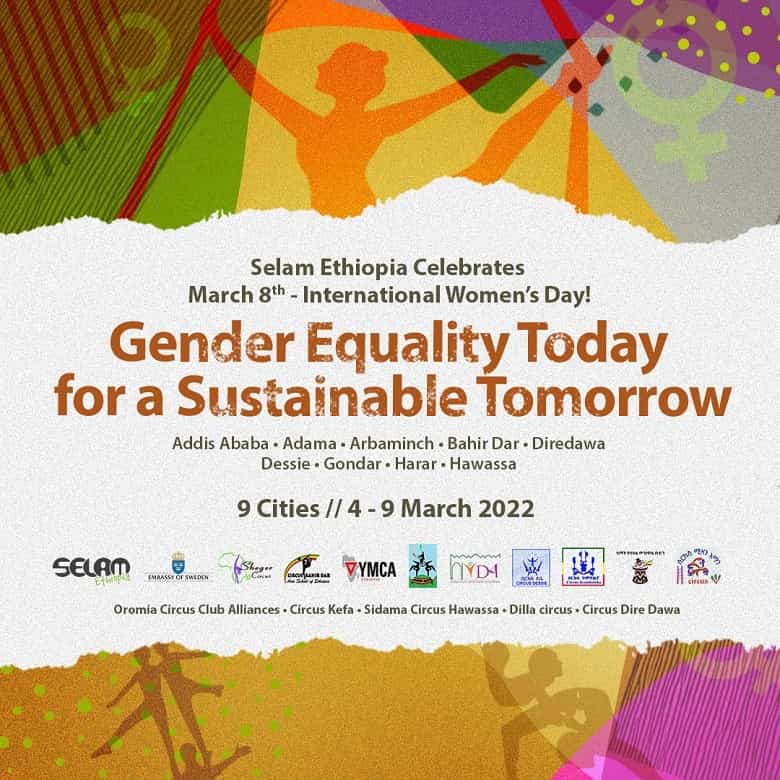 International Women’s Day (March 8) is a global day celebrating the social, economic, cultural, and political achievements of women. The day also marks a call to action for accelerating women’s equality. IWD has occurred for well over a century, with the first IWD gathering in 1911 supported by over a million people.

The campaign theme for International Women’s Day 2022 is #BreakTheBias. Whether deliberate or unconscious, bias makes it difficult for women to move ahead. Knowing that bias exists isn’t enough. Action is needed to level the playing field.

Individually, we’re all responsible for our own thoughts and actions – all day, every day. We can break the bias in our communities, workplaces, Schools, colleges and universities. Together, we can all break the bias – on International Women’s Day (IWD) and beyond.

Selam Ethiopia and a number of partners stand behind the belief of gender equality for a sustainable future and we are ready to take action.

Between 4th and 9th of March 2022 Selam Ethiopia and a number of partners will host events in 9 regions of Ethiopia to raise awareness about women’s equality and increase visibility of women’s achievements. We are a team of both men and women arranging and performing circus, music, drama and literature in parks, malls, hotels, culture centres and concert venues.

Let us celebrate together!