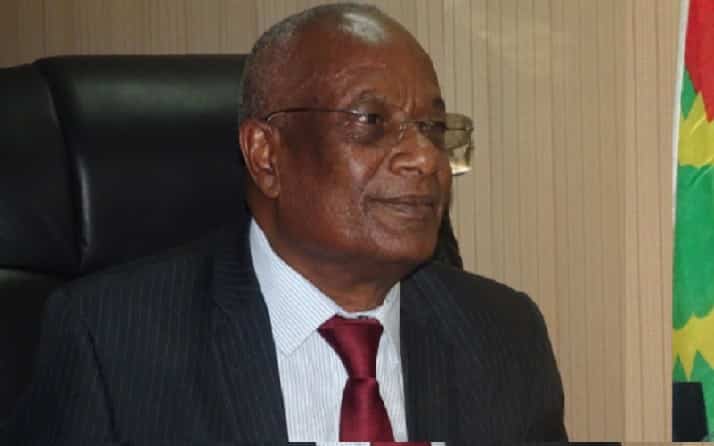 In a letter published today the National Electoral Board of Ethiopia (NEBE) said an inquiry team sent by the Board has confirmed that Dawud Ibssa, the Chairman of the opposition Oromo Liberation Front (OLF) has been in house arrest since 02 April 2021. NEBE has requested the Federal Police Commission and the National Intelligence and Security Service (NISS) for his immediate release from house arrest.

The letter stated that the Board was responsible for closely monitoring complaints fielded by registered political parties. Accordingly, it has established inquiry teams in Benishangul-Gumuz, the Southern Nations, Nationalities, and People’s Region (SNNPR), Amhara, Southwest Ethiopia, Sidama, Oromia regional state and Addis Abeba city. Members of each Inquiry team comprise of one senior member from the ruling Prosperity Party, one member from respective parties that fielded complaints, and two experts from the Board itself.

The Board further said that the inquiry team established in Oromia has received a complaint that OLF Chairman Dawud Ibsa had been under house arrest since April 2, 2021. A letter by OLF to NEBE dated 04 May 2021 and reviewed by Addis Standard stated that security forces breached the chairman’s house and forcefully confiscated several items. The letter also said that the Dawud was assaulted by security forces and requested the Board to closely follow up on the conditions of the chairperson.

However the Board dispatched the inquiry team to Dawud Ibssa’s residence only on 28 February 2021 at 10: 00 AM local time, according to its statement today.

The inquiry team reported back to Board that security forces were tightly guarding Dawud Ibsa’s house and told them no one was allowed enter the premises unless they had a legitimate pass from an authorized entity.  The team further detailed that the security forces allowed them only after they verified who they were, where they came from and the reasons they came for. According to their report, they were allowed to meet the chairperson, from whom the team learned that he was under house arrest since April 2, 2021.

Dawud further informed the inquiry team that a group of armed men raided his residence and prevented him from leaving the premises.

Based on the report presented to it, the NEBE said that it concluded the house arrest was “unacceptable” from any legal ground, and demanded his immediate release in a letter it sent to the Federal Police Commission and NISS. It also asked for the removal of the security detail deployed at Dawud Ibsa’s residence.

The OLF has repeatedly stated that Dawud has been restricted from his party functions right after the 29 June 2020 assassination of famous Oromo artist Hachalu Hundessa. Although he has been allowed intermittent visitations from families and party members, in early May 2021, his house was raided by security forces at night shortly after the party released a statement rejecting the resolution by the council of ministers designating “TPLF” & “Shene” as terrorist organizations. The government refers to the Oromo Liberation Army (OLA) and “Shene”, a term the OLF criticized of being used against anyone in Oromia who does not support the ruling Prosperity Party (PP). “The word ‘‘Shane’’ is a sacred word in the Gada System and its administrative and cultural structures defining a wide concept of Oromo culture and traditions,” the OLF said.

On 15 June, Amnesty International has written a letter addressed to the then Minister of Peace, Muferiyat Kamil, calling for the release from house arrest of Dawud. Amnesty said that there was “serious concern over Dawud Ibsa’s wellbeing as the food and other essential items in the house have either run out or are close to doing so,” and demanded for him to be “immediately released.”
The letter states that the National Electoral Board of Ethiopia (NEBE) is the governing body of political parties and is responsible for closely monitoring the complaints of legitimate political parties. Accordingly, groups have been set up in Benishangul-Gumuz, the Southern Nations, Nationalities, and People’s Region (SNNPR), Amhara, Southwest Ethiopia, Sidama, Oromia, and Addis Ababa. The members of the Inquiry Team include a member of the ruling party, one of the parties who filed the complaint with two experts from the National Electoral Board.

On 09 February this year, the federal supreme court closed the case file of Colonel Gemechu Ayana, another senior OLF official, and four other ranking members of the party after the defense team filed complaints of human rights violations and defiance of court orders by prosecutors and the police. Only 3 of the defendants including Colonel Gemechu was arraigned in court today and the whereabouts of the remaining two defendants are “unknown”, lawyer Milkiyas Bulcha told Addis Standard.

In November last year, the prosecutor filed an appeal against the defendants in Colonel Gemechu’s file at the federal supreme court six months after he and 13 other OLF members were acquitted of terrorism charges. The prosecutor filed an appeal at the federal supreme court to overturn the decision made by the federal high court. The federal high court dismissed the prosecutor’s evidence that included tapped phone conversations which are no longer admissible in court as per the new proclamation 1176/2012.

During the next consecutive sessions, the defense team filed complaints to the court detailing the human rights violations their clients suffered due to several unlawful arrests and rearrests, according to Milkiyas. He added that the defense team complained to the court about how the prosecutor collaborated with the police to keep their clients under detention by force for over 6 months defying court orders.

The lawyers also accused the federal attorney general of failing to dispose of its duties of addressing the rights violations of the defendants while they were in detention. “We demanded our clients to be freed. Our clients were not only unlawfully hailed but were also prevented from meeting their defense team,” he said.

The judges then decided to suspend the prosecutor’s appeal and ordered the prosecutor to provide an explanation and launch an investigation into the alleged rights violations. Milkiyas explained that  the court decided that the defendants to remain under custody since “they don’t know who arrested them.”

“It is odd that the court doesn’t know who jailed our defendants. We will file a complaint at the judicial administration council,” Milkiyas said, adding, “Our clients were transferred to several detention centers including informal ones but currently they are detained at the federal police investigation bureau. We don’t know why the judges closed the file but failed to release our clients”

The judges did not set an alternative appointment and the duration of time allowed for the prosecutor to finalize its investigation while the defendants remain under custody is not known, Milkiyas said. “This is a clear violation of local and international laws that warrants disciplinary measures,” he added.  He disclosed that the defense team will file an appeal to the federal supreme court cassation division or judicial administration council after discussing with their clients.

The defendants were taken back to the federal police’s detention center in Addis Abeba where they have been staying for the last several months.

The hearings of the defendants in Colonel Gemechu’s file after the reopening of the file in November featured many irregularities including an absence of judges from the trials. Most of the trials were postponed multiple times. At his first appearance after his acquittal, Gemechu had to attend the hearing in the absence of his defense team because they were was not made aware of his court appearance. The hearing was postponed until the next day but the police did not bring the defendants to court on that day either.

Colonel Gemechu who was previously jailed and freed from charges was re-arrested in July 2020 after the assassination of Hachalu Hundessa where terrorism charges were re-instated.  For 18 months, he remained jailed after he was repeatedly granted bail and re-arrested multiple times, and transferred to over 18 formal and informal detention camps without the knowledge of his family and lawyers, Milkiyas said.