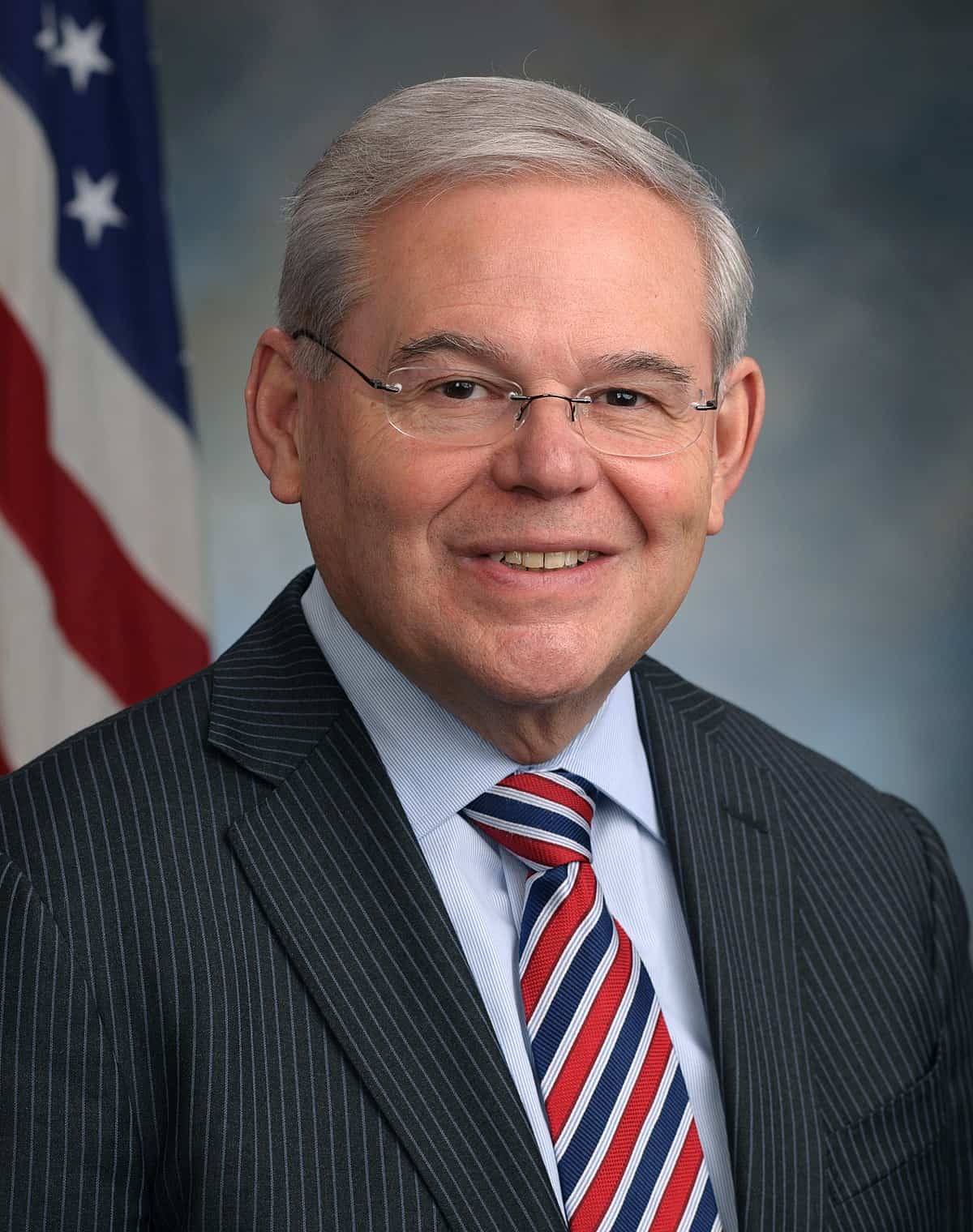 WASHINGTON – U.S. Senator Bob Menendez (D-N.J.), Ranking Member of the Senate Foreign Relations Committee, today submitted the following statement for the Senate record condemning the escalating violence in Ethiopia between the Federal government and political leaders of the Tigray region, and calling for an immediate ceasefire to begin a sustained dialogue that settles political differences.

“I rise today to call upon the Administration to take urgent diplomatic action to address the escalating conflict in Ethiopia, a country in the midst of what many in the international community–including myself– had hoped would be a historic political transition to democracy.  Instead the country is sliding into civil war.  Unless the international community acts quickly to forestall further violence, I fear that bloody and protracted conflict is unavoidable.

Ethiopians have long aspired to participate in a democratic system of government. For years, their leaders let them down. But in 2018 things appeared to change when in response to peaceful popular protests centered in Ethiopia’s Oromo and Amhara regions, Ethiopia’s ruling party elevated Abiy Ahmed to Prime Minister.  Prime Minister Abiy undertook dramatic political reform in the first year of his administration, releasing thousands of political prisoners, inviting exiled opposition groups back home, and allowing the press to freely operate.  Repressive laws like the Charities & Societies and Anti-Terrorism proclamations, which had long been used to stifle political dissent, were revised and replaced.  The new government committed itself to free and fair elections, and for the first time in Ethiopia’s history, introduced a gender-balanced cabinet.  Many Ethiopians, and much of the international community rightly celebrated these achievements and looked to further democratic progress.  Abiy himself was awarded the Nobel Peace Prize in 2019.

Yet transitions from autocratic rule to democracy are rarely seamless, and Ethiopia’s transition is no exception.  The journey to democracy has been beset by the proliferation of ethnically motivated violence across the country.  In 2018, IOM reported that Ethiopia recorded the third highest number of new IDP’s anywhere in the world, fueled by ethnic violence and displacement in Gedeo and West Guji zones.  And violence has continued. In June 2019, rogue regional security forces assassinated the president of Amhara region and the head of the Ethiopian National Defense Forces, and in June 2020, the murder of popular Oromo singer Hachalu Hundessa triggered violence that killed at least 239 people. Sadly, Ethiopians of all ethnic and religious backgrounds have been victims of this endless cycle of senseless violence.

To be clear, there are some who have taken advantage of new-found freedoms to threaten or use violence to achieve political ends, engage in hate speech, and incite broader conflict. Such behavior is inconsistent with democratic practice, and has further exacerbated the country’s ethnic and political divisions in a profoundly damaging way.  Ethiopian authorities have a responsibility to protect their citizens by holding the perpetrators and purveyors of such actions accountable through a transparent, credible legal process.

Yet the government’s response to these challenges has only complicated matters.  In May 2020, a report from Amnesty International chronicled a long list of abuses committed by Ethiopia’s security forces since the transition began, including extra-judicial killings, torture, and arbitrary arrest. The government has engaged in a troubling crack-down on political opposition, media organizations, and civil society, particularly in the wake of Hachalu Hundessa’s death.  There are growing fears that state institutions are being leveraged by the ruling party to unfairly consolidate the current government’s power, including through weaponizing law enforcement and the judicial process to attack government critics. Under these conditions, it is unlikely that Ethiopia’s next general elections can be anything approaching credible, exacerbating an already volatile political situation.

Against the backdrop of a transition in jeopardy, violence between the Federal government and political leaders of the Tigray region is escalating.  Reports suggest that hundreds have already died in clashes between government and regional forces.  I am particularly horrified by evidence of a civilian massacre in Mai-Kadra.  I condemn this act—and all attacks on civilians—in the strongest terms, and call for a thorough and transparent investigation by a credible, neutral, independent body.  Those who attack civilians must be held accountable in accordance with the rule of law.  I am also concerned by reports of civilian deaths as a result of federal government air strikes, mass displacement, and discrimination and arrests based on ethnic profiling. Authorities in Tigray have confirmed that their forces fired rockets into the capital of a neighboring country, Eritrea. These rocket attacks constitute a significant escalation, are counterproductive, and should cease. They further underscore fears that the conflict will expand beyond Ethiopia’s borders.   If left to continue, the conflict in Tigray will not only lead to a catastrophic loss of life and worsening humanitarian conditions, but will breed further enmity that will derail Ethiopia’s democratic progress and destabilize the entire sub-region.

We cannot afford to let that happen. Ethiopia is the second most populous African country, home to the African Union, and one of the world’s top contributors to UN peacekeeping missions—a tradition that dates back to the Korean War. It has been a pillar of US engagement in the Horn of Africa for decades, partnering with the U.S. on counter-terrorism and with the U.S. and international community to stabilize protracted conflicts in neighboring Somalia and South Sudan.

The Ethiopian people need peace, not war.  And the world needs a stable, democratic and prosperous Ethiopia.

I urge the Federal government and the leaders of Tigray region to choose the path of peace.  While it is tempting to assign blame for the outbreak of hostilities, our collective focus must be on how to restore order.  Make no mistake, a full accounting must take place.  Right now, however, both sides must agree to an immediate ceasefire, and begin a sustained dialogue to settle political differences.

I also call on Prime Minister Abiy to take a series of actions to facilitate a successful democratic transition.  First, barring immediate and incontrovertible evidence of serious crimes, he should release all members of the political opposition.  Their continued detention is unacceptable, and I am troubled by reports that their judicial proceedings are being politicized. Second, media and digital rights must be respected.  Arresting journalists and imposing internet blackouts harkens back to the dark days of the previous regime.  Mr. Prime Minister, such practices must end. You and your colleagues have taken bold action to chart a new course for the country, and I urge you to continue along the difficult path of reform.

Third, the Prime Minister should empower an independent and impartial body to investigate and ascertain responsibility for past acts of violence beyond those related to current hostilities in Tigray. Finally, I call on the Prime Minister to engage in an inclusive dialogue with relevant stakeholders in advance of elections to ensure there is a level playing field and buy-in to the electoral process from all stakeholders.

Although resolving the current crisis requires Ethiopian commitment and action, the United States, along with others in the international community, have a critical role to play.  I therefore urge the Administration to do the following:

Lead international diplomatic efforts.  The Administration must reach out to multilateral institutions, allies and partners in the region, the Gulf, and elsewhere to ensure unity around a single message to the Federal government and officials in Tigray: there is no military solution to the conflict between the Federal government and the Tigray People’s Liberation Front.  Dialogue is the only path forward. A joint delegation should demarche the Prime Minister with this message, and reach out to leaders in Tigray with the same.

Increase support for Ethiopia’s democratic transition.  The Administration should redouble its efforts to support the transition by providing the Embassy and USAID mission with more staff to provide increased monitoring in the areas of democracy and human rights and increased technical assistance in the area of election administration.  Funding for grassroots conflict mitigation and reconciliation is critical given ongoing tensions.  And the United States must also engage all Ethiopian stakeholders, including traditionally marginalized populations, without favor or bias, with the goal of encouraging dialogue between the country’s rival political forces.  Political disagreements must be settled through peaceful means.

Take an informed, organized and holistic approach. Civil war in Ethiopia will destabilize the Horn of Africa, and has implications for U.S. geostrategic interests in the Horn of Africa and Red Sea corridor writ large.  It is critical that the U.S. approach diplomatic engagement in a holistic manner, recognizing the potential ripple effects of prolonged conflict.  Negotiations between Ethiopia, Sudan and Egypt relative to the Grand Ethiopian Renaissance Dam (GERD) are only one example of how the conflict could impact stability in the sub-region.  Progress on the GERD talks is highly unlikely in the face of civil war, since Ethiopia is likely to remain focused on its domestic problems.

Unfortunately, the U.S. approach is currently fractured.  The Administration has engaged in GERD negotiations as though they are unfolding in a vacuum, divorced from our interests in a strong bilateral partnership with Ethiopia, and absent a broader strategy for the Horn of Africa and Red Sea corridor.  And even in the parochial context in which we have engaged in GERD negotiations, the Administration’s actions have, quite frankly, been unhelpful.  Having Treasury Department lead the talks was never wise.  Treasury lacks the deep regional knowledge and expertise to lead such sensitive negotiations, and there is no evidence that its actions were developed as part of an interagency strategy or policy approach informed by such expertise.  It is imperative that a sound strategy be developed, and that the State Department take the lead on an integrated diplomatic approach to both the country, and the sub-region.

Ethiopia faces historic challenges. These challenges can only be met through diplomacy, dialogue and compromise. The country has a once in a generation opportunity that we must not let slip away.  I urge the Administration to act, while there is still time.”

UN Secretary-General’s video message for the 15th anniversary of the Responsibility to Protect.

‘The Cult of Victimization’ in Ethiopian Ethnic Politics:  the subjection of Amharas to triple-victimhood