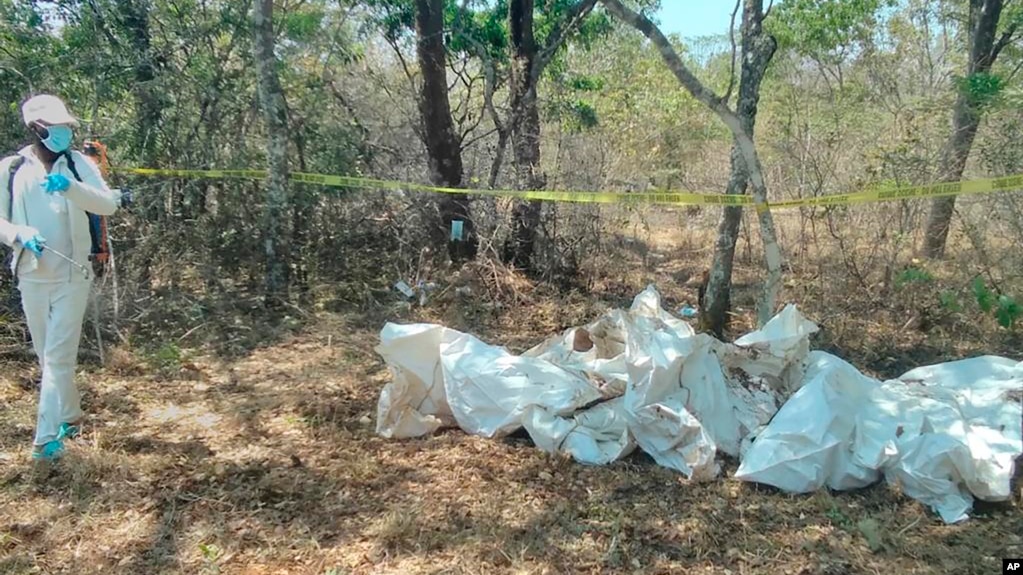 Police in Malawi have arrested four more people in connection with a mass grave uncovered last month with 30 bodies believed to be Ethiopians who had immigrated illegally and are believed to have suffocated to death.

A stepson of former President Peter Mutharika was the first arrested in connection with the grave after turning himself in to police on Wednesday. Villagers found the mass grave last month in a forest in Mzimba District in northern Malawi.

Police said in a statement Friday that, in addition to the new arrests, they have other evidence involving the suspects’ connection with the deaths.

“The corrected evidence points all the five to the case and it clearly points to the role that each played in the case,” Malawi Police Service spokesperson Peter Kalaya said.

Kalaya said police are also searching for other suspects who are on the run.

Authorities impounded two vehicles connected to the case. One is a Scania truck belonging to Tadikira Mafudza, the former president’s stepson.

“A preliminary autopsy report on the bodies reveals that they died of suffocation,” Kalaya said. “But as a service, we are waiting for a full report from pathologists because they are saying they sent some samples for further analysis.”

The five suspects were expected to appear in court Friday afternoon to answer charges including murder and human trafficking.

Ethiopians found in Malawi mass grave thought to have suffocated