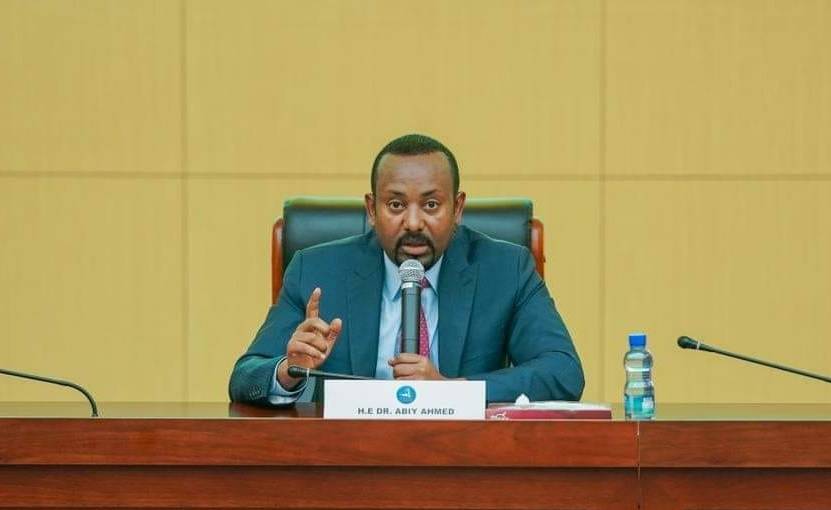 PM Abiy Ahmed called on “our people to temporarily hold occasional affairs, organize and march through legal manner with every weapon and power/might in order to prevent, reverse and bury the terrorist TPLF that has come to the destruction” of the country.

The statement by PM Abiy was released shortly after the Amhara state Council issued nine point resolution declaring, among others, suspending the regular activities by all government institutions in the state and state-wide curfew.

PM Abiy said that the “terrorist TPLF group continues to be a scourge for Ethiopia, like an evil boy who burden his mother with a scourge of an evil.” He accused the TPLf of being inspired by “its hate propaganda,” and said “with the forces it had mobilized, the TPLF has opened fire on four fronts, and continued its activities of pushing the country to its demise.”

The National Defense Forces and patriotic Ethiopian forces who refused to accept the attack on their motherland have joined hands to defend against the attack on Ethiopia on all fronts, PM Abiy said, and added that all “attempts by the enemy were being thwarted by the ground army and in the air.”

Realizing that its attacks on all fronts will not work, the TPLF has recently brought all its force to the Wollo front, the PM said, and accused the TPLF that it has “assembled everyone from 12-year-olds to 65-year-olds” for “two main reasons.” The first is in order for its forces not to lose hope and to boost their moral, the TPLF is wishing to score victory on the Wollo front. The second is its do or die attempt to replace its heavy weapons that were destroyed by the recent air strikes by the Ethiopian air force. Eager for victory, “the enemy has lost a large number of troops on the Wollo front,” and “our heroic army are battling in all fronts by paying sacrifices,” the PM said.

“In the future the enemy will gather its remaining forces and carry out similar attacks,” the PM said, and cautioned that “knowing that the source of our adversity is our weakness and neglect, we must be vigilant and be watchful. Our number is strength when we stand together and understand [each other]. Our separation is convenient for the enemy. If we can listen to and cooperate with each other, the power of the enemy will begin to crumble,” he said.

Therefore, PM Abiy called on “our people” to “temporarily hold occasional affairs and organize and march through legal manner with every weapon and power/might in order to prevent, reverse and bury the terrorist TPLF that has come to the destruction. This great nation has not overcome great historical challenges by standing and watching on the sides or being content with just a few victories. We have defeated the attacks by standing together and standing guard with perseverance for our country.”