Major Ibrahim from Afar confirmed the shelling of the shelter by TPLF and innocents lives were lost including 30,000 Quintals of wheat stored there. UNICEF is aware of what it call “incident” on its twitter today. 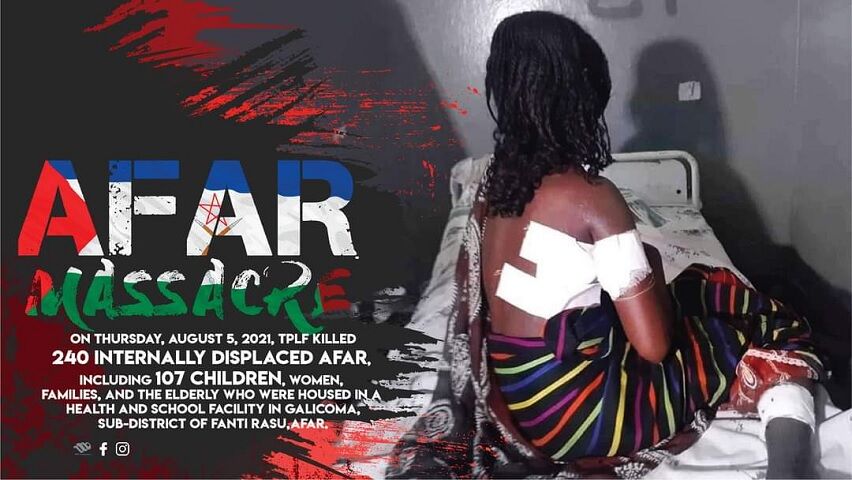 The rebel leader Tsadkan who boasted of sending his soldiers to control the main highway from Djibuti to Addis said nothing about the massacre. For them non Tigrayan lives does not matter. The Fake, biased, pro TPLF Western medias, Afar Lives Do Not Matter !!!!

TPLFsoldiers including thousands of children who were sent to control the vital highway perished in the Afar land and many gave themselves and are now in Semera for medical treatment.

Those who shelled the shelter were those who were flushed out from the four Afar areas to avenge their huge losses according to Major Ibrahim.

Gaas Mohammed has denounced the silence of international media on the Afar massacre of children, women, and the elderly by the TPLF !!!

No doubt, had such an incident occurred in Tigray all the foreign media would have made the story breaking news.

Look what they are reporting on washed-out dead bodies in a river in Sudan. Sudan and TPLF claim bodies of Tigrayans killed by Ethiopia and the media is just taking their claim as a fact and accused the Ethiopian army of the bodies found in the river.

On the other side, more than 200 shelled 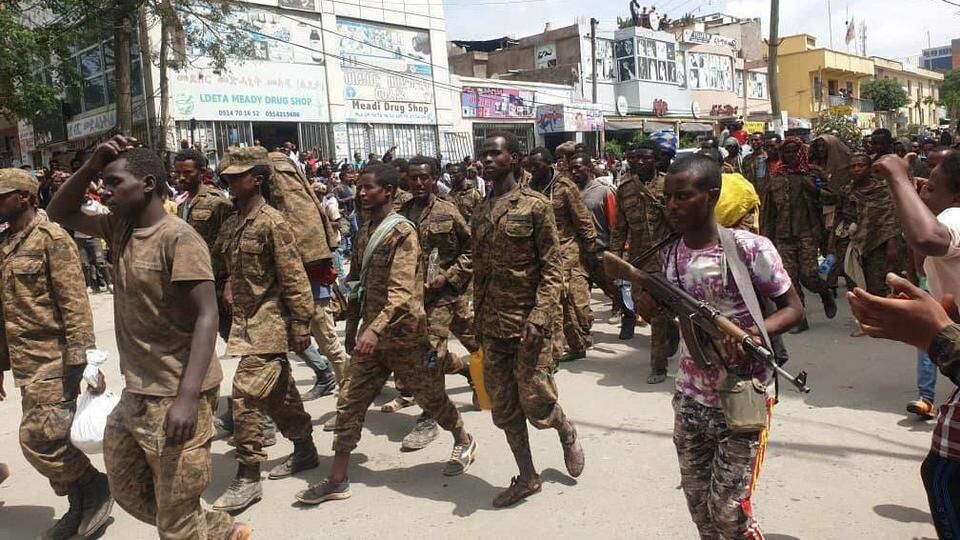 and burnt to death and the Afar regional government was slow in reporting this crime. The Ethiopian government say nothing so far.

The crime site should be protected and investigation has to start immediately.

Tsadkan who told BBC the mission of his soldiers to control the highway must take responsibility for the Afar massacre.

Tsadkan’s troop’s crime in Amhara and Afar regions was never condemned by the USA, EU, and the UK.

The protest in Addis Ababa yesterday was a direct rebuke of foreign powers condoning TPLF’s crime. Hands Off Ethiopia !!!

TPLF warlords that got the support of foreigners and their media are now on a suicide mission using child soldiers and it is a matter of days before the final operation by the Ethiopian Defense Force in coordination with regional forces to crush these forces once and for all. The lesson of Tamel Tiger must be written on TPLF !!!!