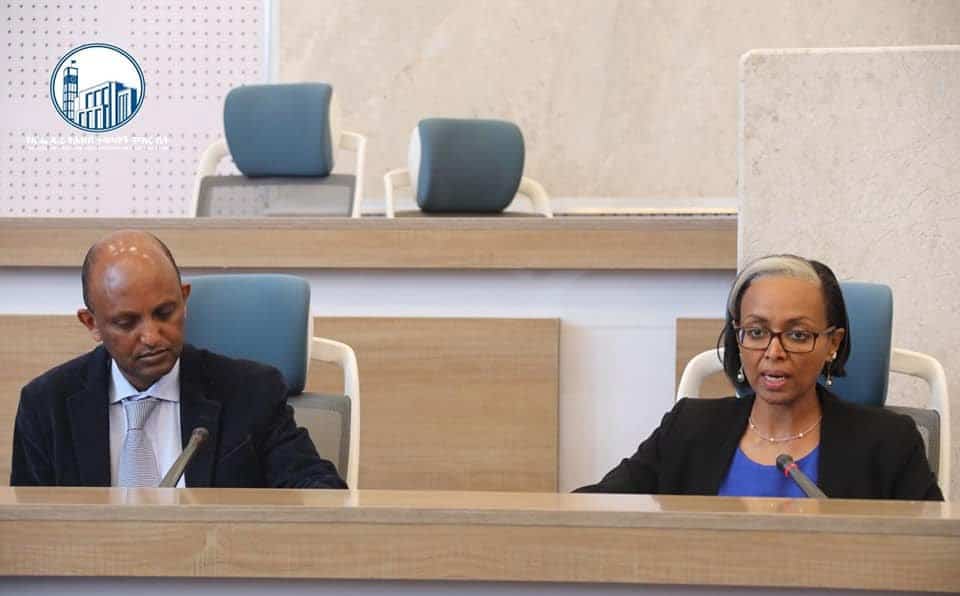 Addis Abeba – Ethiopian Human Rights Commission (EHRC) told lawmakers to pay “special attention” to the increasing level of human rights abuses in Ethiopia including extrajudicial killings, excessive use of force, random detentions, including extended detentions without due process by the court of law, as well as detentions targeting journalists and opposition politicians. The Commission also said that treatments of detainees in some detention facilities were becoming increasingly concerning.

EHRC called upon the members of the Justice and Democracy Standing Committee of House of People’s Representatives (HoPR) to closely monitor government executives and officials at various levels to uphold human rights and ensure accountability.

The Commission said this on 10 May while presenting the ten months performance report of its five-year strategic plan to the Standing Committee. Among the details mentioned in Commission’s report covering the last 10 months are its monitoring and inspection operations which covered 65 conflict-affected areas, surveyed 10 refugee camps sheltering 430, 000 displaced civilians in the last three months alone, and visits to 47 temporary shelters and host communities accommodating about 1.5 million internally displaced persons in five regional state. The Commission said it has submitted its reports and recommendations to relevant authorities and released statements to the media. With regard to persons denied of their human rights, the Commission said human rights monitoring was carried out in 82 prisons and 270 police stations across the country.

EHRC’s chief commissioner, Daniel Bekele (Ph.D.), told the lawmakers that the civil war in northern Ethiopia [Tigray, Afar and Amhara states], as well as conflicts related to identity questions, requests for self rule, religion-related conflicts, and those related to administrative and border issues in various parts of the country have resulted in deaths, injuries, displacements, and property damage, and sexual violence among others.

Daniel noted that although the civil war that started in the Tigray region and subsequently spread to Afar and Amhara regions is now subsiding, it has resulted in damage to infrastructures, including lack of basic services, and widespread human rights abuses. He further underlined that although improved humanitarian access was promising, much more remains to be done to ensure that the humanitarian assistance is fully met, basic services were restored, and lasting peaceful solution and justice were achieved.

EHRC also told the lawmakers to pay due attention to growing public grievances over the provisions of various social and governmental services and to closely monitor the country’s economic deterioration and rising cost of living because they pose heightened danger threat to human rights.

Describing the Commission’s work on institutional building, Rakeb Mesele, EHRC deputy commissioner, recalled that the Commission had been recognized under the “Paris Principles” has fulfilled its responsibilities receiving “A Status” in the last ten months.