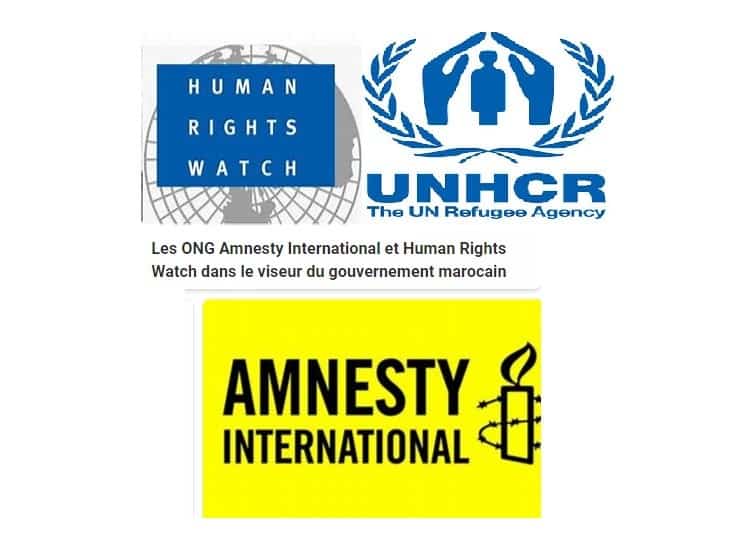 This message is prepared in consultation with members of the Executive Committee of OTAGE as a follow up to an earlier letter (attached below) sent to the UN Secretary General and the President of the UN Human Rights Council.

Despite our good faith efforts, the two organizations have turned deaf ears to our repeated requests for responses to our letters. We strongly believe that this unprofessional behavior needs to be publicized on all English media so that the international community gets an understanding of how biased these two organizations are. It is a dereliction of duty for these two organizations to refuse to hear the stories from the side that has been impacted more devastatingly than the one that they have been passionately covering. The death and destruction of the Amhara people continue unabated, as these two organizations refuse to dedicate a fraction of their vast resources to look into the requests sent on behalf of the victims of geocode and crimes against humanity.

Our requests to get the opportunity to share critical evidence and testimonies with the United Nations, Human Rights Watch and Amnesty International, have not even been acknowledged.  It is time to begin a vigorous campaign to spread the truth and demand actions from the international community and make it aware of the regional and global consequences of not doing so.

Subject: Request for an audience regarding the most consequential security challenge in the Horn of Africa.

I am sending this message on behalf of a registered organization named “Orthodox Christians Against Genocide in Ethiopia” headed by Archbishop Tewoflos. I am a member of this organization. I write to request a meeting with your two esteemed organizations to discuss and present evidence in relation to the looming human tragedy in Ethiopia.

The situation in Ethiopia, if allowed to continue, will be one of the most severe security challenges Africa has ever experienced. It will also have global consequences, the kind of challenges that will invite proxy wars, mercenaries, private armies, war lords,
human, arms and drug traffickers and above all violent extremism which is already behind some of the political organizations operating inside Ethiopia. Regrettably the media and the self-centered politicians prefer to deliberately avoid discussions on the deeper problems that face country, the region and the continent. The diverse stake holders are tall determined to make Ethiopia the scene of a bloody war from which they will profit either financially, politically, or strategically.

Some countries are intent to destabilize Ethiopia along religious lines and complicate the already complex ethnic fractures to promote their own interests. Because of this wanton conspiracy and the security challenge it is posing to the survival of every Ethiopian living within its borders, Ethiopia has now become the most armed country in Africa. The small arms traffickers have never been as busy as tons of armaments cross over the borders on a daily basis. The Islamic State (IS) has already declared its intentions publicly from the borders of Somalia.  Such externally instigated ethnic and religious radicalization have left death and destructions to age old civilizations of tolerance amongst people belonging to diverse practices of religion, language and culture in many parts of Africa and the Middle East and North Africa (Libya, Syria, Iraq, Yemen, Sudan, Somalia, Lebanon, Mali, Nigeria, Niger, Central African Republic, etc.)

Ethiopia was a country of Muslims and Christians long before the creation of countries like Saudi Arabia (1932), UAE (1971) which existed only for a few decades. Ethiopia was the first to host Islam outside Mecca and Medina, long before the entire Arabian Peninsula, and the first to host Christianity long before most of the Middle Eastern and all European countries.  There is no place on earth where Muslims and Christians have lived in absolute harmony as in Ethiopia. Ethiopia is the cradle of these two great religions. It is the cradle of human existence. It is also the bastion of defiance of slavery and colonialism by Europe. Ethiopia has the inherent capacity to manage its own problems more than any other country in Africa.  Ethiopia should be allowed and supported to resolve its current political crisis based on the wishes of its people and the changing global security and economic order and shifts of strategic alliances.

Amnesty international and Human Rights Watch have responsibilities not to put fuel on the raging fire in Ethiopia and end up not serving the people but betraying the trust bestowed upon them by the international community. They seem determined to take sides either through neglect of the suffering of all the people of Ethiopia or deliberate policy imposed upon them by their sponsors, donors, big powers, or lobbyists, making them passive parties to the conflict rather than being objective and unbiased investigators of human rights violations whoever and wherever the victims are.

Hostility among the various ethnic groups has reached its boiling point and like in the case of Rwanda the preparations for an all-out operation to exterminate the Amharas and Orthodox Christians and Amhara Muslims is underway. If they destroy the 2000-year-old Orthodox church and its followers it will pave the way  for the  Oromo violent extremists to try to  take power further complicating the civil war.  Despite the existence of various Oromo factions, they are all bound by a common goal of exterminating and weakening the Amharas and Orthodox Christians.

The civil war that has just began will have no end in sight and will push out millions out of the country creating a scenario much more complex than those seen during the Libyan and Syrian war. The neighboring nations of Kenya, Eritrea, Sudan, and Somalia will be victims of the war and the Gulf of Aden and he Red Sea will be in serious danger forcing Saudi Arabia, Iran and the super powers to act in their own interest. Egypt will take actions to ensure unhindered flow of the Nile. Sudan with all its problems will join the position of Egypt and Al Shabab will resurrect both in Eastern Ethiopia and Kenya.

We believe it would be to the best interest of the world to ensure that there is stability in Ethiopia whatever it might cost. The Horn of Africa is the most complex security zone in the world as confirmed by the presence of more than six foreign military bases in Djibouti alone. It is the thorough understanding of this complex picture and the motives of those behind it, that may prevent the catastrophe that may follow.

We also believe Amnesty International and Human Rights Watch have responsibility to warn the world of the expected human cost and the unfolding of unprecedented humanitarian crisis graver than the one in Ukraine that the world seems to be obsessed about today.

The role of Amnesty International and Human Rights Watch is to discover the truth and dig deeper to understand where this evil is coming from. The UN Human Rights Council has arguably failed because there is lack of meaningful criterion that member states must meet to have a seat in the council. Even countries with deplorable records can run and win seats on the UNs premier human rights body. As reported by Freedom House in 2018 “some of the states are leading authoritarian regimes that have set out to eviscerate pollical opposition and crush all dissent at home while subverting democracy beyond their borders.” The HRC has not made much of a difference in preventing global human rights violations. The world has more faith in such organizations like yours who are independent and free from political pressures.

Your most recent report makes Amharas the perpetrators rather than victims. Professor Girma Berhanu, from the University of Gothenburg in his most recent article (April 14) on ‘eurasiaview’, extensively discusses this under the title of “Victims and Victimization in Ethiopian Politics”. We advise that it be read for a better understanding of your reverse interpretation of the conflict in Ethiopia. The world expects from you the truth without being selective. Hundreds of thousands of Amharas have either been killed, displaced, and tortured in the most inhuman manner that has shocked those of us who have the documents and evidence. You preferred not to include the more horrendous crimes that has been committed in Metekel, Welega, Ataye, Shashemene, and many other places where genocide and crimes against humanity are taking place.

It is our wish to inform you the untold stories about the conflict in Ethiopia; to explain to you what is beneath the surface and present to you evidence of the genocide, the crimes against humanity and other crimes that are taking place right Infront of the eyes of hundreds of people and yet not been reported by you and the mainstream media.

The Amharas are between a rock and a hard surface perceived as enemies by both the Tigray Liberation Front (TPLF) and Oromo Liberation Front (OLF). The war against the Amharas is fueled by a distortion or fabrication of history that emerged only in the last 40 years since the TPLF took power. When the TPLF was in power, Melels Zenawi, who was then the PM publicly and shamelessly stated that the Orthodox Church and the Amharas are prime enemies and tried in a different way to annihilate and or marginalize them. Subsequently, the current PM minister has continued the campaign to exterminate the Amharas, particularly those living in the Oromia region. Hundreds have been literally slaughtered like animals, pregnant women have been raped and butchered, Amahra men’s organs being displaced as trophies, human beings (Amharas) being burnt alive with cheering crowds, mothers raped Infront of husbands and children, churches burnt, and thousands told to leave some areas claimed by either the OLF or the TPLF and many more. We have compiled the evidence and are prepared to submit to you.

As we write this letter to you the war drums against Amharas are being heard from the Oromo region to bring a ‘final solution’ which will affirm the supremacy of the Oromo extremists  in Ethiopia.

As we said above the Amharas will not relent and will certainly fight back. The TPLF will fight to maintain the land it grabbed and seek to get a corridor to Sudan so it would be able to secede or easily bring in armaments from outside through Port Sudan and other places. These complex efforts will bring about the result which we mentioned in the first paragraph of this letter to you.

I was in Rwanda immediately after the genocide to assist in the reconstruction of the country. I have written a lot about this experience. Like in Rwanda the early warning is palpable in Ethiopia. For the Amharas it is ‘forewarned is forearmed’ and they are preparing.

Considering your responsibilities to know the truth we want you to spare sometime for us so we would explain in more detail this disturbing phenomenon. We feel that you have also an obligation to listen to us,  like you listened to the many ‘witnesses’ in Ethiopia. You can then make your own investigation. Non can be the winners in a full-fledged civil war that is bound to happen. With no action on your side, Ethiopians will lose their country, the UN will lose its credibility and the UN, and your organizations will be considered in “Complicity with Evil”.

I, two professors from esteemed universities here in the USA, two analysts and activists are prepared to see you anywhere  in the world at your earliest convenience.

I have attached the most recent letter written to HE Ambassador Federico Villegas, the President of the Human Rights Council.