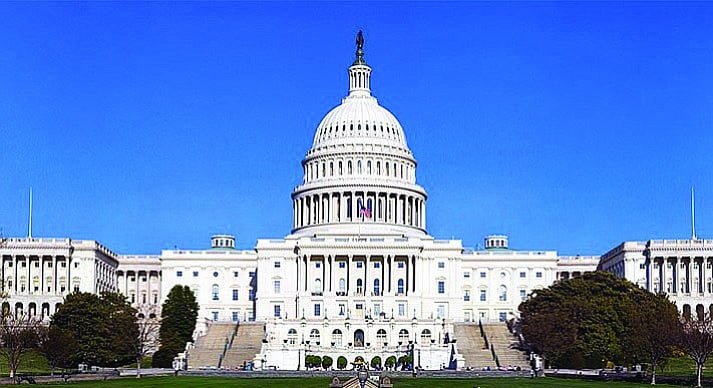 On Thursday, the House Foreign Affairs Committee passed an amended version of H.Res. 445, condemning all violence and human rights abuses in Ethiopia and calling for all combatants in the conflict in Northern Ethiopia to cease all hostilities, respect human rights, allow unfettered humanitarian access, and cooperate with independent investigations of credible atrocity allegations.
“H. Res 445 resolution calls for the end of violence in Ethiopia and an immediate ceasefire between the ENDF-led forces and the TPLF-led forces. It condemns soldiers, rebels, and other actors from all sides committing a myriad of abuses and atrocities, including mass executions, and sexual and gender-based violence, and pillaging of humanitarian aid commodities and urges the Government of Ethiopia to cooperate with independent and transparent investigations of credible allegations of abuse and atrocities.
“In addition to the resolution, TPLF must end the use of child soldiers, pull its forces from Amhara and end its alliance with OLA-“Shene”, an armed rebel faction of the Oromo Liberation Army.

“The resolution calls for the immediate and unfettered access of humanitarian workers and aid material to relieve the suffering of the displaced and the approximate half-million people facing famine-like conditions. In addition, the ENDF needs to send in at least 100 trucks a day to Tigray. TPLF-led forces should not seize trucks or loot aid commodities to continue their war efforts and should also ensure all aid-bearing conveyances enter and depart Northern Ethiopia unfettered so they are able to return with additional supplies.
Rep. Karen Bass issued the following statement about the resolution: “I want to reiterate that I believe there is no military solution to this conflict, and I am concerned the country is fracturing and will only get worse without national dialogue. I’m also concerned that Ethiopia is in danger of sanctions from the Administration as well as compromising its ability to participate in AGOA if the violence continues. This conflict and the resultant humanitarian crisis are eroding Ethiopia’s ability to remain a pillar of the continent and a key contributor to advancing peace and security across the region. We must turn this situation around.”
Read the resolution here: https://bass.house.gov/media-center/press-releases/house-foreign-affairs-committee-passes-resolution-ethiopia

The trial of Eskinder Nega began on October 20. He is being tried on trumped-up charges, including false accusations of terrorism. Eskinder Nega is a political prisoner; the only thing he is guilty of is peaceful opposition to the government. He is being beaten and mistreated in prison.

A recent commentary in Politico describes the danger of Ethiopia descending into civil war and “plunging into chaos.” It calls on the international community to devote the resources and attention required to create a lasting settlement, a process that could be similar to the Dayton peace accords that calmed violence in the former Yugoslavia. The commentary is available athttps://www.politico.com/news/2021/10/17/ethiopia-dayton-peace-process-516117.

A town hall meeting of Orthodox Tewahedo Church/Global Outreach Against Genocide in Ethiopia was recently held in Alexandria, Virginia. The OTAGE sent a letter to the U.S. Congress requesting assistance to stop the killing in Ethiopia.

It requests:
1. To stop the genocide unconditionally with United Nations, African Union, and USA help.
2. To bring a permanent solution, peace, unity, and integrity to the Ethiopian people by removing a significant root cause of Ethiopia crisis, a 1995 fraudulent pseudo constitution of TPLF and OLF, and replace with the legitimate constitution by national referendum for a new constitution draft already on hand, including requesting help to its implementation.
3. To get basic humanitarian aid, relief, and resettlement plan for about 1.7 million displaced Amhara Tigray, Somali, Afar, and other parts of Ethiopia displaced because of the war, genocide, and crime against humanity that continued to date.