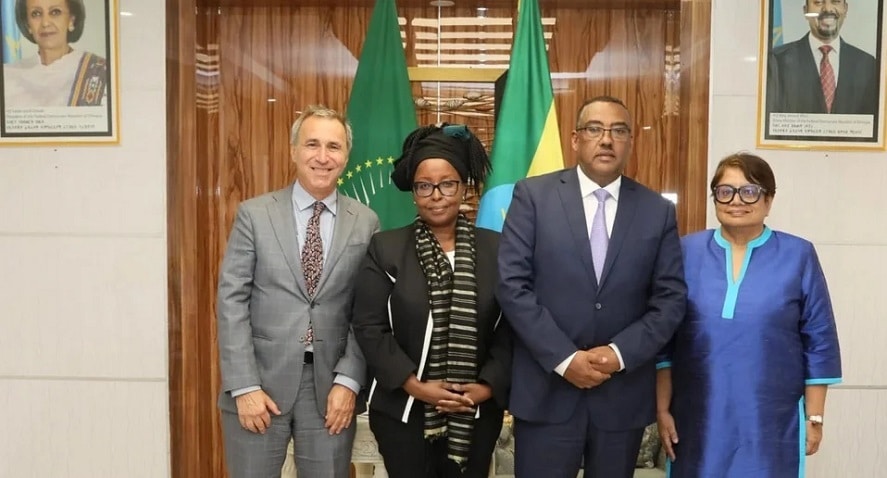 The Ethiopian government on Friday rejected the recent report of human rights experts appointed by the United Nations to analyze the situation resulting from the conflict in the Tigray region (north), which has been in conflict since November 2020.

“The commission has no competence or correct assessment of the conflict triggered by the Tigray People’s Liberation Front (TPLF) in violation of the humanitarian truce,” the Ethiopian Foreign Ministry said.

It stressed that “the commission cannot arrogate to itself a mandate to pronounce on matters of peace and security” and added that “its call for action against Ethiopia by the UN Security Council only shows reckless behavior”.

The Foreign Ministry has stressed that this call “reaffirms the (Ethiopian) government’s assertion that the resolution that established the commission and the commission’s work are politically motivated.”

“The commission has turned human rights into a weapon for political pressure and has exposed its true intentions, closing all doors to cooperation with the government,” it said, while stressing that Addis Ababa “will continue to respect and ensure respect for human rights and bring violators to justice.”

The statement was issued a week after the members of the commission said that “given the gravity of the situation” due to the upsurge in fighting between the army and the TPLF despite the humanitarian truce, it is necessary for the Security Council “to keep the situation in Ethiopia and the Horn of Africa on its agenda”.

He also stressed that “Eritrean troops are participating in the hostilities” and warned of the risk of the war “expanding to other states”. Shortly before, the TPLF had denounced new military operations by Eritrea and Ethiopia in northwest Tigray.

For its part, the Ethiopian government accused the group at the end of August of “closing all options for peace” in the north of the country and defended the military operations launched against the TPLF after accusing it of violating the humanitarian truce and expanding the conflict to the Amhara and Afar regions.

The conflict in Ethiopia erupted following an attack by the TPLF on the main army base in Mekelle, after which Prime Minister Abiy Ahmed ordered an offensive against the group following months of political and administrative tensions. A “humanitarian truce” is currently in force, although both sides have accused each other of impeding the delivery of aid.

The TPLF accuses Abiy of whipping up tensions since coming to power in April 2018, when he became the first Oromo to take office. Until then, the TPLF had been the dominant force within Ethiopia’s ruling coalition since 1991, the ethnically-supported Ethiopian People’s Revolutionary Democratic Front (EPRDF). The group opposed Abiy’s reforms, which it saw as an attempt to undermine its influence.

3 thoughts on “Ethiopia rejects UN experts’ report and accuses them of “reckless behavior”.”