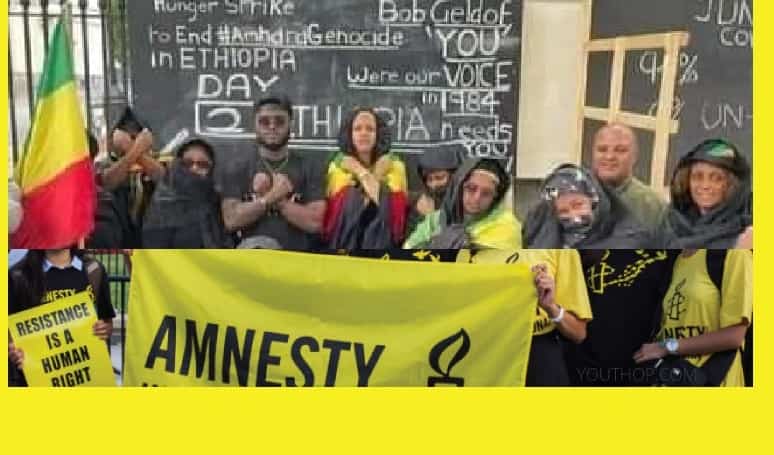 Most of those killed were unarmed women and children, including newborns

‘They hit me with bullets, and they slaughtered my husband. I was lying among six dead bodies until I was rescued’ – Victim

The Ethiopian authorities must urgently launch an impartial investigation into the summary killing of more than 400 Amhara residents of Tole Kebele in Oromia region on 18 June, Amnesty International said today.

Hundreds of people were killed and scores injured in an attack that survivors and victims’ family members say was committed by the Oromo Liberation Army (OLA).

Loving Mothers, infants and Elders were slaughtered with their infants without remorse.

“These horrific killings in Tole, allegedly at the hands of the Oromo Liberation Army, reveal its perpetrators’ utter disregard for human life. This callous massacre, which also saw women and children lose their lives, must be independently and effectively investigated.

“This is not the first time that ethnic Amhara residents have been attacked in Oromia region. The pervasive culture of impunity in Ethiopia is driving cycles of violence. The Ethiopian government must protect ethnic Amhara in Oromia from unlawful killings and other human rights abuses.

“The authorities must also leave no stone unturned in ensuring that the perpetrators of these killings are brought to justice in fair trials.”

Twenty-two from one family dead

The attack began at around 9am on 18 June after many adults in the area had left home to work on farms or take care of other business, according to nine witnesses who told Amnesty they were in Tole or on the outskirts of the area as the attack unfolded.

Witnesses said OLA forces surrounded villages before a gunshot signaled the start of the attack. Most of those who had stayed behind in the villages were mothers and children who were unable to flee the attackers.

All the witnesses that Amnesty interviewed said they lost multiple relatives in the massacre, most of whom were women and children.

“I was on the farm ploughing around 9am when they suddenly came and attacked us.

Hussein*, a 64-year-old relative of victims in the attack, told Amnesty he lost 22 children and grandchildren. He said he ran for his life when the shooting started, as the women and children stayed at home assuming they would be spared.

“They killed 42 people at one place. There was only one adult male among them, the rest were women and children. We found their bodies piled up at one place. Among those dead were newborns. [Twenty-two] of them are my children and grandchildren. One of my daughters died with her five children, the other one with four, the other with five, the other with two children, one newlywed daughter and one boy.”

Jemal*, a local administration official, lost his three children and his wife, who was seven months pregnant.

“As I was searching [for] them on the street and [in] the bushes… I found 28 dead bodies in addition to my wife and children. I found them in the compound of the Silsaw Mosque.”

He added: “At Chekorsa [neighborhood], 104 people were killed. Only five of them are male adults. The rest are women and children. At Silsaw neighborhood, 112 people were killed… many of the victims were children, even newborns and toddlers.” He said their bodies were riddled with bullets.

Abdi*, a resident who was on his farm when the attack happened, said:

“My farm is a bit far and I couldn’t return home since the attackers blocked the route to the village. I was watching from a nearby hill. The attack started around 8:30am and continued until around 3pm in our village. In other villages they stayed until 4 and 5pm.”

According to witnesses, some residents who stayed in the villages were armed, but they were outnumbered by the OLA fighters and unable to defend themselves. Most of those killed were unarmed women and children.

Witnesses said they knew the attackers were OLA fighters because of their distinctive long braided hair, their military camouflage, and because they spoke the Oromiffa language. They also said that the OLA had operated in the area for at least four years.

A local administrative official interviewed by Amnesty said at least 450 people were killed in the attack.

‘They torched the house of my neighbour’

In addition to the mass killing of Amhara residents, OLA fighters also burned homes and looted cattle, cash and cereals from houses.

“They also torched the house of my neighbour while the family with his children and grandchildren and others were inside (12 people in total). One of them was seven months pregnant and was with her two children. They were buried in the compound since they were completely charred.”

Another witness, Abdi*, said the attackers looted four oxen and ETB 70,000 cash (approximately £1,100) from his home.

According to a local official interviewed by Amnesty, the attack was immediately reported to district officials, who said they were unable to respond because the road was closed.

Government forces did not intervene during the five-hour period in which the perpetrators killed residents and burned and pillaged homes in Tole, according to nine witnesses. Gimbi town, where the local district administration is based just 49kms away from Tole by road.

Residents said government forces arrived hours after OLA fighters had left; survivors were already collecting the bodies of their relatives.

The OLA armed group splintered from the Oromo Liberation Front after it entered politics in 2018. Since then there have been frequent armed confrontations between OLA forces and government forces in western and southern Oromia.

Amnesty has previously documented attacks on ethnic Amhara, allegedly carried out by OLA forces. However, OLA officials repeatedly rejected allegations of abuses by their forces including the attack in Tole and instead blame government forces.

*Names concealed to protect their identities.\ 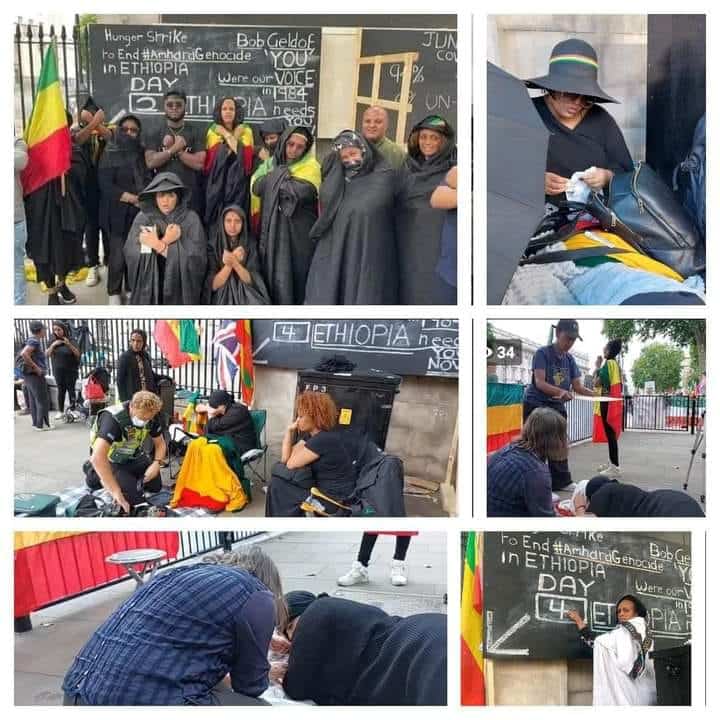 1 thought on “Ethiopia: ‘Horrific’ massacre of 400 ethnic Amhara must be investigated immediately”