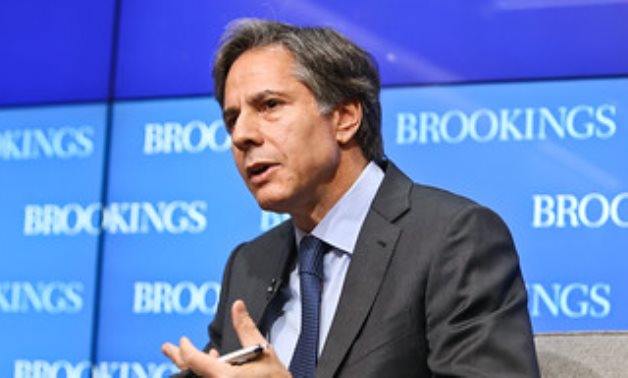 ADDIS ABABA, May 24 (Xinhua) — The Ethiopian government on Monday denounced the decision by the U.S. administration to impose visa restrictions on Ethiopian officials in connection with the conflict in the Tigray region of Ethiopia.

On Sunday, the U.S. Secretary of State Antony Blinken, announced visa restrictions for any current or former Ethiopian or Eritrean government officials, members of the security forces, or other individuals responsible for, or complicit in, undermining resolution of the crisis in Tigray.

It said the attempt by the U.S. administration to meddle in its internal affairs, is not only inappropriate but also completely unacceptable.

“Ethiopia should not be told how to run and manage its internal affairs,” the statement issued by the Ethiopian Ministry of Foreign Affairs read.

Noting that Ethiopia attaches great importance to its historic and friendly relationship with the U. S., the ministry stressed that the implications of the visa restrictions and other related measures taken earlier will seriously undermine the two countries’ longstanding and important bilateral relations.

The latest decision by the U.S. is said to be in addition to its previous decisions to restrict economic and security assistance to the East African country.

The Ethiopian government further warned that such measures would affect the two countries’ relations.

“If such a resolve to meddle in our internal affairs and undermining the century-old bilateral ties continues unabated, the government of Ethiopia will be forced to reassess its relations with the United States, which might have implications beyond our bilateral relationship,” the ministry stressed.

It, however, stressed that it will not be deterred by the decision by the U.S. administration, and will continue its relentless efforts to overcome current challenges and lead the country on the path of lasting peace and prosperity.

Fighting erupted in early November last year in Ethiopia’s northernmost Tigray region between the Tigray People’s Liberation Front (TPLF), which used to rule the regional state, and the Ethiopian National Defense Forces (ENDF), causing immense impact on the region and the country. Enditem