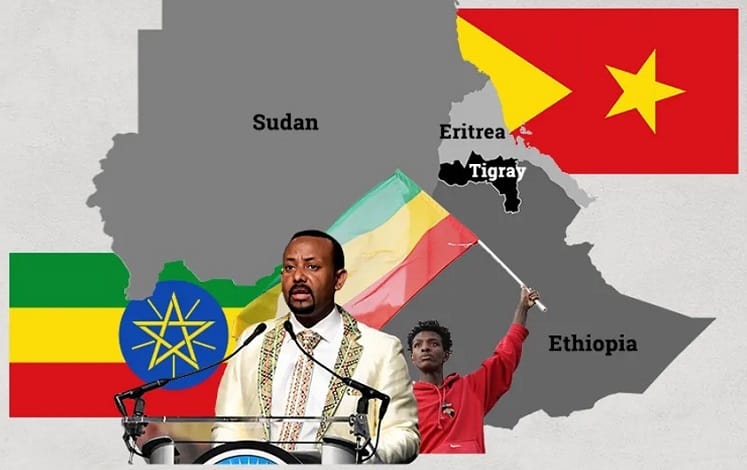 Ethnic tensions between Ethiopia’s federal government and nationalist forces in the northern Tigray region have erupted into a full-blown armed conflict. Are we on the brink of yet another civil war that could upend the Horn of Africa?

The back story. Tigray, despite accounting for only 5 percent of Ethiopia’s population, has long punched above its weight in federal politics. After a coalition led by the radical Tigray People’s Liberation Front (TPLF) helped end the brutal reign of dictator Haile Mengistu in 1991, Tigrayan Meles Zenawi led the country for twenty years.

Although Ethiopia largely prospered during this time, other ethnic groups resented Tigray’s stranglehold over the government, the economy, and the military. It all ended two years ago, when a wave of popular discontent brought to power the reformist Abiy Ahmed, Ethiopia’s first ethnic Oromo prime minister.

In a deeply fragmented country with more than 80 ethnic groups, many of them traditionally marginalized from the political process, Abiy was a breath of fresh air: he moved quickly to release political prisoners, and won a Nobel Prize for making peace with Eritrea. But the flip side of these reforms was opening a Pandora’s box by allowing many long-simmering ethnic tensions to boil over. (Earlier this year, Abiy faced a bloody popular uprising from his own Oromo people over the murder of a nationalist singer.)

The trigger. On November 4, Abiy launched a military offensive in Tigray over an alleged TFLP attack on a federal army base. The move was widely viewed as payback for Tigray holding a regional election that was postponed elsewhere in Ethiopia due to the coronavirus pandemic.

Since then, things have rapidly spiraled. Both sides have accused each other of killing hundreds of civilians, although such claims are hard to verify with the Tigray region now completely shut off from the internet.

Spillover effects. In less than two weeks, the conflict has spread beyond Ethiopia’s borders. Over the weekend, TPLF leader Debretsion Gebremichael said the Tigrayans had fired missiles into neighboring Eritrea in response to Asmara’s alleged support for the Ethiopian army’s invasion of Tigray.

If that is true, it would pit two former enemies against a common foe. Eritrea’s authoritarian leader Isaias Afwerki despises the TPLF, which was heavily involved in the 1998-2000 border war between Ethiopia and Eritrea.

Meanwhile, the crisis has already sparked the exodus of tens of thousands of civilians fleeing the conflict to neighboring Sudan. Sudan’s ailing economy is in no shape to cope with such a massive influx of refugees, a humanitarian catastrophe in the making. And all of this comes as Khartoum and Addis Ababa are already at odds over a controversial Nile dam that the Sudanese worry will deprive poor farmers of water resources.

No end in sight. With such high stakes, the war in Tigray has rapidly escalated. Both sides are unwilling to back down, and the Ethiopian army faces in the TLPF a battle-hardened rival with little to lose now that they no longer call the shots in Addis Ababa.

Abiy is unlikely to accept further defiance from Tigray, while the Tigrayans are wary of the prime minister’s planned transition from a federal to a unitary state. As the conflict deepens, stability across the Horn of Africa will be at (higher) risk.