Virtually all ethnicities of Ethiopia, particularly their respective elites, are responsible for the systematic historical, cultural, and territorial destruction of the ancient country Ethiopia. 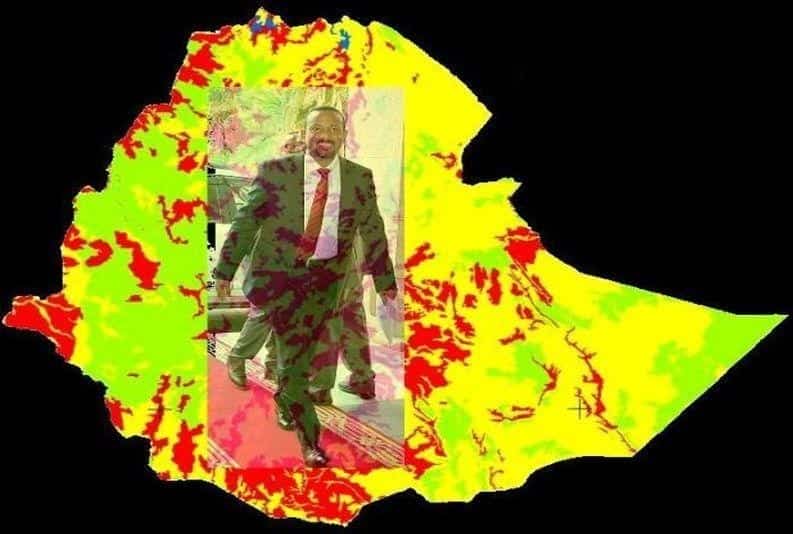 Mengistu Hailemariam thought his military was strong enough to defeat the separatists Shabia and TPLF. He was proved wrong! The separatists won, and we lost Eritrea and our vital access to the sea. TPLF thought its separatist military would forever rule Ethiopia based on the principle of divide and rule! Again, events proved it wrong; it was outmanoeuvred by another separatist group, the OPDO/OLF, and lost its power! Whereas the TPLF sort of held the disintegration of Ethiopia in suspended animation, the OPDO/OLF is proceeding with the destruction of Ethiopia using the Nazi big lie technique!
The TPLF, and now increasingly the OPDO/OLF, have been systematically destroying the old country’s cultural, historical, and territorial foundations— practically with the explicit purpose of carving up the country into smaller countries!
Only the AMHARAs have, despite the collaborationist Amhara BEADEN, come out openly as an ethnicity or language group to oppose the country-demolition process. The political roadmap of the ruling OPDO/OLF is clear enough to the elites of the other ethnicities. However, though the very political roadmap includes the incorporation of those different ethnicities into the intended future Oromia Republic, they have not demonstrated any resolute opposition to their being openly subjugated by the revanchist group!
The OPDO/OLF has committed all the most hideous crimes known to humankind—ranging from ethnic cleansing to direct genocide and cannibalism! The military of the OPDO/OLF has done very little to stop the carnage; in fact, there are accusations that it is an accomplice! The AMHARAs and the Affaris have been the primary victims so far. Ethnicities who are gradually realising that the OPDO/OLF is working to institute Oromo hegemony and create the Oromia Republic are trying to fend off subjugation and demanding the creation of ethnic killils of their own, as decreed by the Constitution!
So, if Ethiopia is destroyed, as planned by the TPLF and OPDO/OLF language groups, almost all the Ethiopian people will be collectively held responsible for the demolition of the great country! Nevertheless, all the patriotic citizens who, individually or as groups, are now making sacrifices to save Ethiopia from destruction should at least relieve their conscience of the burden of historical guilt; you have tried your best to reverse the sinister foreign-sponsored plot. But this does not mean we should stop our rigorous effort to continue fighting peacefully, to stem the tide of the wicked design thrust upon our beloved Ethiopia.
(In collaboration with T.Gebremichael)
GIRMA BERHANU
Professor
GOTHENBURG UNIVERSITY