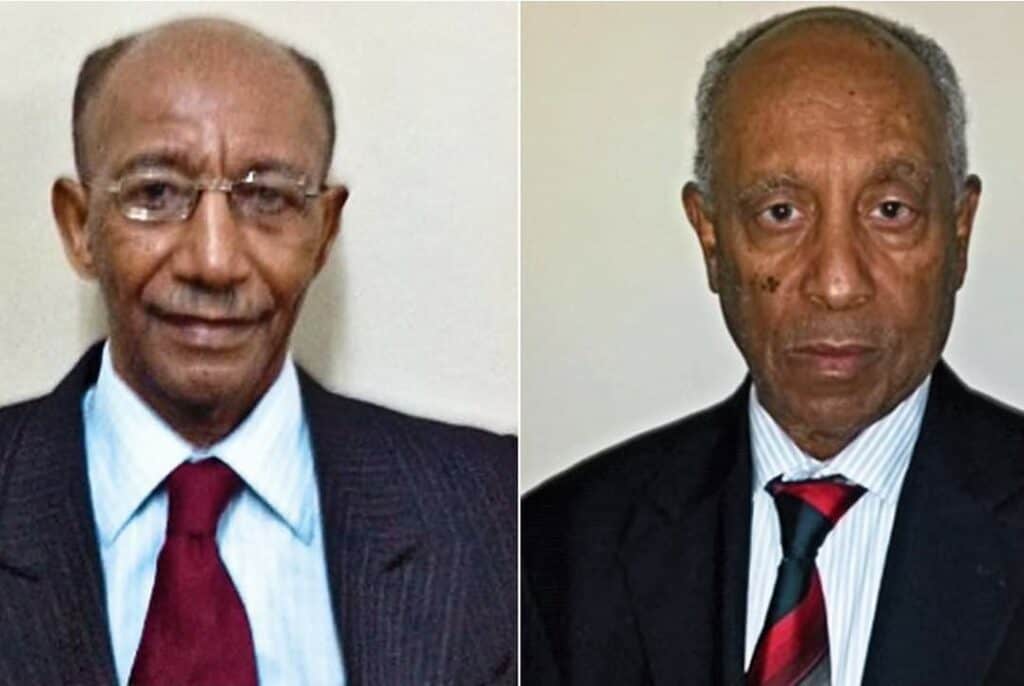 (CNN)Two convicted Ethiopian war criminals are likely to finally leave the Italian embassy in the capital, Addis Ababa, after taking refuge there for almost 30 years.

Berhanu Bayeh and Addis Tedla, two senior officials of Ethiopia’s former Mengistu military regime, who had been sentenced to death for war crimes, were granted probation by an Ethiopian federal court, according to a diplomatic source with knowledge of the situation.
They were sentenced to death in absentia in 2008, along with former Soviet-backed Ethiopian dictator Mengistu Haile Mariam, for their participation in the torture and execution of thousands of people, which amounted to genocide.
The two men are now waiting for official transmission of the sentence from the Ethiopian foreign ministry, at which point they will leave.
Italian vice-minister for foreign affairs, Emanuela Claudia Del Re, gave thanks to Ethiopia for granting the probation.
“An old page of history is definitely turned,” she said in a tweet on Monday. “Italy and Ethiopia share a long and prosperous future together.”
“Life is a human right – the decision to grant former government officials probation is in tune with obligations and commitments on human rights,” said Daniel Bekele, the chief commissioner of the Ethiopian Human Rights Commision, which describes itself as an “independent national” institution. “It is also a symbolic indicator of Ethiopia’s commitment to turning a page on one of the saddest chapters in its recent history.”
Mengistu was chairman of the Derg, a communist party that rose to power in Ethiopia after a 1974 coup. For a time Bayeh served as the Derg’s foreign minister and Tedla was defense chief of staff.
In 1977 and 1978, the Derg committed numerous human rights abuses during what was known as the Red Terror. Several thousand people — mostly school and university students and young intellectuals suspected of opposing the Derg — were killed on the streets and in prisons in Addis Ababa and other towns in the center of the country, according to Amnesty International.
The same regime was in control during a drought and famine in the 1980s, which claimed an estimated 800,000 lives.
When the regime fell in 1991, and the Tigray People’s Liberation Front moved in on the capital, Bayeh, now in his 70s, and Tedla, his early 80s, sought refuge in the Italian embassy in Addis Ababa. Since May 26, 1991, they have been confined inside the walls of the compound, the source told CNN.
Their 29-year diplomatic asylum stay is considered to be the longest, lasting a full 22 years more than the much publicized one of Julian Assange at the Ecuadorian embassy in London.

They have never had a lawyer, but requested asylum within the embassy, which was never granted. However the Italian embassy accepted the two men because of the country’s opposition to the death penalty.

They have spent their days shut off from the outside world walking the small grounds of the compound and watching television, said the diplomatic source.

Two other men, Tesfay Gebre Kidan and Hailu Yimenu, also took refuge at the embassy in 1991. Yimenu committed suicide a few years later, while Kidan died in an accident in 2004. The source told CNN that further detail surrounding Kidan’s death could not be released to the press, but said it did not involve either Bayeh or Tedla.