The Amhara people must come to terms to the glaring fact that the neocolonial west, led by none other than the English, is their permanent, mortal enemy and, therefore, must deal with anything and everything coming out of the west based on this very obvious truth.  The recent anti-Amhara report of the England based Amnesty International (a tool for promoting western neocolonial agenda under the guise of human rights) is no exception. 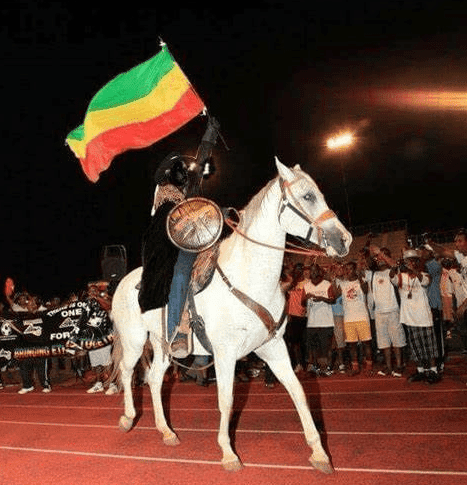 Ever since the victory of Adwa in 1896, the west’s objective has always been to make the proud Amhara completely irrelevant in Ethiopian politics so as to control the country via Tigre and Oromo tribalist elites who have strong propensity to be subservient to the Whiteman.  It is now on the verge of achieving its long-sought anti-Amhara objective, thanks to its OLF puppet Abiy Ahmed, who not only continued the horrifying plight of Amharas under TPLF but also made it much more horrendous.  As such, the west will leave no stone unturned to protect Abiy Ahmed’s regime form patriotic Amharas.

One way to do so is to shame and scare Amharas by implicating them of war crimes solely fabricated from hearsay and innuendo.  This and only this is the reason for the recent (and all previous) anti-Amhara reports of Amnesty International and Human Rights Watch, not to mention similar statements by the US state department as well as “Tigray genocide” fake news by BBC and CNN.   It is no coincidence that these concocted reports, statements, and fake news always come out whenever Amhara opposition to Abiy Ahmed starts to show the faintest sign of gaining momentum.

The recent anti-Fano report of Amnesty International is no doubt in response to the defeat of Abiy Ahmed’s OLF invading force by the Fano of Eastern Shoa.   More importantly, it is in response to the anticipated huge Amhara opposition to the soon-to-be announced US sponsored agreement between Abiy Ahmed and Debretsion to scramble the Amhara region.

Over and above its age-old anti-Amhara agenda, the west is now very indignant that Amharas celebrated Adwa with Russian flag, that the Russian Ambassador visited the Amhara region, and that there is a good chance that Fano volunteers may fight neocolonialists of the west alongside Russia.  It is itching to bomb the hell out of Amhara region under the pretext of ethnic cleansing, al la Serbia.  Amnesty International and its likes are doing nothing but preparing the ground for that eventuality.

2 thoughts on “Amnesty International recent report on Ethiopia: why now?”