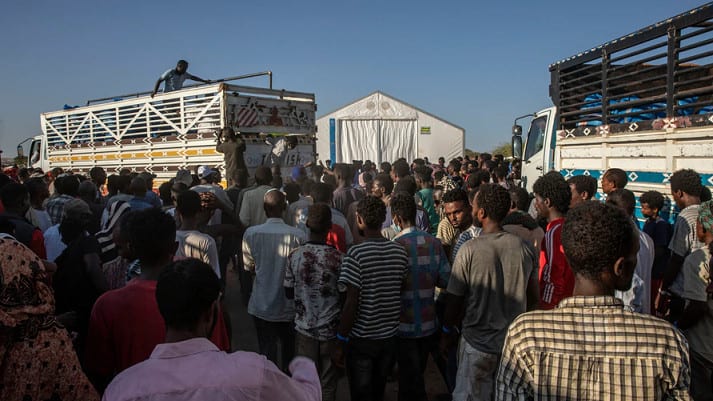 Ethiopian Prime Minister Abiy Ahmed stressed his country’s sovereignty and “right to uphold and enforce its laws within its territories” as he asked the international community to not get involved in its weeks-long conflict in the Tigray region.

Abiy said that while his government “appreciates the well-meaning concerns,” it is capable of resolving the situation on its own.

“While we consider the concerns and advice of our friends, we reject any interference in our internal affairs,” he said in a statement.   “We therefore respectfully urge the international community to refrain from any unwelcome and unlawful acts of interference and respect the fundamental principles of non-intervention under international law.”

Abiy’s comments came ahead of the Wednesday evening expiration of a 72-hour deadline he set for the Tigray People’s Liberation Front, or TPLF, to surrender.  TPFL leaders have rejected the ultimatum.

The U.N. Security Council was scheduled to hold talks about the nearly 3-week-old conflict between Ethiopia and Tigray Tuesday afternoon, but the discussions were postponed.

He expressed concerns about “increasing ethnic-targeted violence, numerous casualties and violations of human rights and of international humanitarian law,” and said the European Union is calling for a halt in fighting and unimpeded access to those in need of aid.

The central government launched its operation after accusing the TPLF of ambushing a military base. A dispute over elections, with Abiy delaying voting due to the coronavirus pandemic and the Tigray region going ahead with its own vote, added to the tensions.

The conflict has left hundreds of people dead, and more than 40,000 refugees have fled to neighboring Sudan.

Communications blackouts have made verifying information during three weeks of fighting difficult.

The accusation appeared in the rights group’s published findings into a November 9 attack in the southwestern part of Tigray state that was first reported by Amnesty International.

The Tigray People’s Liberation Front did not immediately comment, but it has previously denied any involvement.

The fighting has spilled over into Eritrea, which the Tigrayans attacked with rockets. The conflict has also affected Somalia, where Ethiopia disarmed several hundred Tigrayan members of a peacekeeping force that were fighting militants linked with al-Qaida.