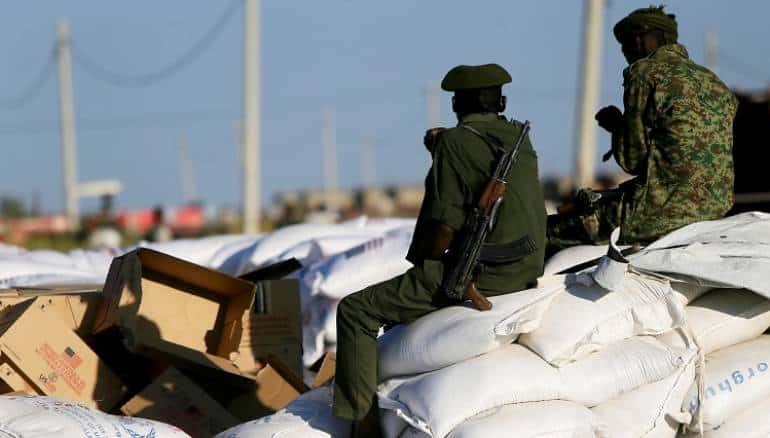 ADDIS ABABA/NAIROBI (Reuters) – African envoys went to Ethiopia to plead for peace on Wednesday, hours before an ultimatum was to expire for Tigrayan forces to surrender or face an assault on the northern region’s capital that rights groups fear could bring huge civilian casualties.

Prime Minister Abiy Ahmed’s government set a 72-hour ultimatum on Sunday for the Tigray People’s Liberation Front (TPLF) to lay down its arms or face an assault on Mekelle, the highland regional capital city of 500,000 people.

Human Rights Watch said both sides must avoid putting civilians in danger. The government’s warning did not absolve it “of its duty to take constant care to protect civilians when carrying out military operations in urban areas”.

“We are also concerned by reports that the TPLF has deployed its forces in heavily populated areas. They need to ensure the safety of civilians under their control,” it said. 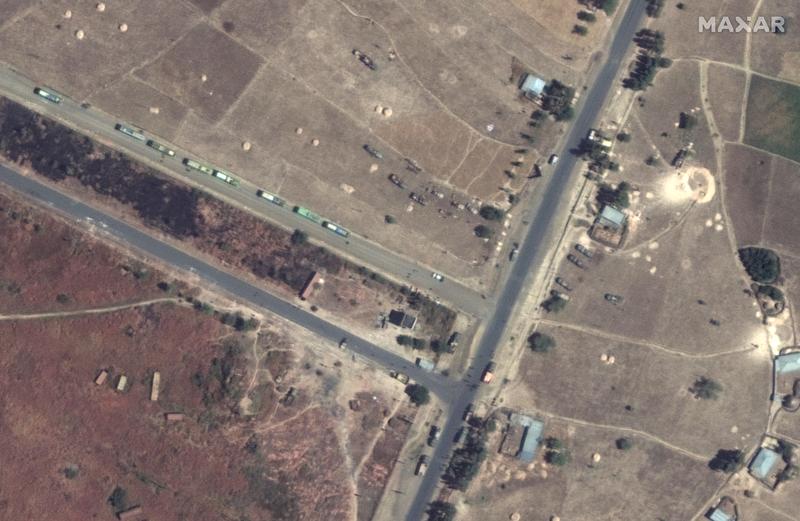 Thousands of people are already believed to have died and there has been widespread destruction from aerial bombardment and ground fighting since the war began on Nov. 4. Around 42,000 refugees have fled over the border to Sudan. TPLF rockets have hit neighbouring Eritrea.

With phone and internet connections to Tigray largely down and access to the area strictly controlled, it has been impossible to confirm basic details about the situation on the ground. Both sides have described battlefield victories in which they have killed large numbers of enemy fighters, though little firm evidence has emerged.

Tigray’s regional state television reported on Wednesday that fighters had destroyed a large force of Eritrean troops moving towards a town 70 km north of Mekelle. It provided no evidence.

If confirmed, the presence of Eritrean ground forces would amount to a major escalation of the conflict. Eritrea has denied in the past that it is involved in the fighting. Reuters has not been able to reach Eritrean officials for comment in more than two weeks. The Tigrayan forces, which have been hostile to Eritrea for decades, have fired rockets across the frontier.

AMMA news agency, run by authorities in Ethiopia’s Amhara region who back Abiy, said that more than 10,000 Tigrayan “junta forces” had been “destroyed”.

There was no immediate response from the TPLF. A senior diplomat involved in the peace effort said he had not seen evidence of battles on a large enough scale to kill that many fighters, although he could not rule it out.

The conflict pits Ethiopia’s central government against the TPLF, which dominated the country for decades until Abiy took power two years ago. Ethiopia is a federation of 10 regions run by separate ethnic groups. Tigrayans make up around 5% of the population but had outsized influence as the most powerful force in a multi-ethnic ruling coalition from 1991-2018.

Abiy, who won last year’s Nobel Peace Prize for ending a two-decade standoff with Eritrea, has said he will receive them but not talk with TPLF heads until they are defeated or give up.

The senior diplomat told Reuters that foreign concern was growing at indications of both “clear ethnic violence” and “Eritrean involvement in some way”.

Both sides have accused the other of ethnic-based killings, while denying responsibility for carrying them out.

“I’m deeply concerned about the risk of violence against civilians, including potential war crimes, in the fighting around Mekelle in Ethiopia,” he tweeted.

On the ground, long lines of cars formed at fuel stations in Mekelle, where there has been rationing, according to Nov. 23 satellite images provided to Reuters by Maxar Technologies.

In Tigray, satellite images showed Ethiopian troops in the ancient town of Axum and trenches dug across the local airport’s runway. Axum’s history and ruins give Ethiopia its claim to be one of the world’s oldest centres of Christianity.

Abiy repeated his position on Wednesday that the Tigray fighting was an internal law enforcement matter.

“Because the Ethiopian government has painted this as a domestic, criminal situation, they are shunning the type of diplomacy and international mediation efforts that they are typically a part of themselves in offering to regional states,” said Grant Harris, ex-senior director for African affairs at the National Security Council in Barack Obama’s U.S. administration.