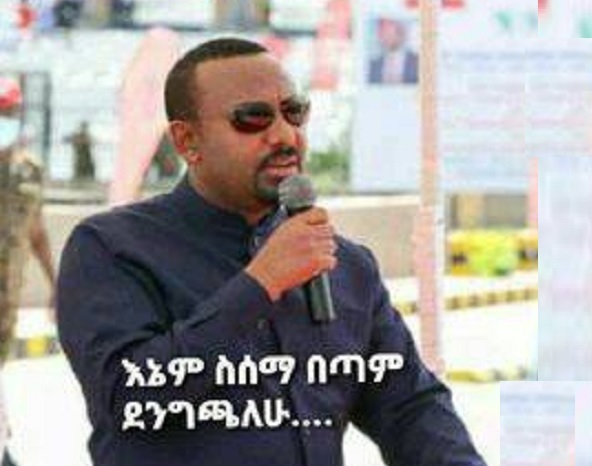 Abiy has said there will be negotiations between his government and the rival Tigray forces who have been waging war for almost 15 months, the chairman of a diaspora group that had an hours-long private meeting with him told The Associated Press.

Abiy Ahmed has never said so publicly as international mediation efforts continue amid one of the world’s worst humanitarian crises.

Mesfin Tegenu, chairman of the American Ethiopian Public Affairs Committee, on Tuesday described the tone of Saturday’s five-hour meeting with the prime minister as “a very earnest desire to stop this thing. … Of course, the other side must be willing.” The prime minister “said that there will be negotiations, reasonable negotiations, that will keep the interest of the integrity of the nation first,” and the new U.S. special envoy who visited Ethiopia last week “would have ideas” about the process, Mesfin said.

Even approaching negotiations between Ethiopia’s government and the Tigray People’s Liberation Front, which dominated the country’s repressive government before Abiy took office, have been a challenge in part because the government declared the TPLF a terrorist group after the war began in November 2020.

The war shifted late last month when the Tigray forces, who had been moving closer to the capital, Addis Ababa, retreated into their northern region under pressure from a drone-supported military offensive. Ethiopia’s military at the time said it would not pursue the fighters further, opening the way for renewed mediation efforts.

That was an unpopular decision for many Ethiopians, Mesfin told the AP. “Most people wanted (the prime minister) to advance, really finish this war,” he said. That’s why his committee requested a meeting, he said. They expected Abiy’s deputy or chief of staff to attend, but the prime minister walked in.

At first the discussion was “a little hostile” to Abiy, Mesfin said, but the prime minister told the diaspora group that “you have to trust me on this one.” He told them that the Tigray forces were contained, and that not pushing further into the Tigray region gives the government time to “force” ethnic Tigrayans to reconsider their support for the fighters.

“They want the population to push the TPLF to negotiate,” Mesfin said of Abiy’s government. He described the prime minister, a Nobel Peace Prize winner who has largely shied away from the international spotlight since the war began, as “charming at times, serious most of the time, very patient with us. He listened.”

There was no immediate comment on the chairman’s account from Abiy’s spokeswoman, Billene Seyoum, or from Tigray forces spokesman Getachew Reda. An official with U.S. special envoy David Satterfield did not immediately respond to questions.

The U.S. has given no details about Satterfield’s first Ethiopia visit as special envoy last week. On Tuesday, the State Department said he would be traveling to Egypt, the United Arab Emirates, Turkey and Israel through Feb. 4 to discuss Sudan and the Horn of Africa at large.

Estimated tens of thousands of people have been killed in Ethiopia’s war, and millions displaced. While rebuilding efforts have begun in the country’s Amhara and Afar regions since the Tigray forces’ retreat, some 6 million people in Tigray remain under a government blockade that has kept out most food aid, medicines, cash, fuel and other badly needed supplies.

The prime minister told the diaspora group that “we are going to do all humanly possible to get supplies in, to make sure the population suffering will not continue to suffer,” Mesfin said.

The United Nations last week said food distribution in Tigray has reached its “all-time lowest” while more than 50,000 children are thought to be severely malnourished.

The war’s combatants also include soldiers from neighboring Eritrea, who are allied with Ethiopian forces and blamed by witnesses for some of the worst atrocities in the war, as well as fighters from Amhara who now occupy western Tigray.

With Eritrea’s involvement, “any possibility of ending the war through a negotiated settlement goes directly through Asmara,” Eritrea’s capital, the leader of the Tigray forces, Debretsion Gebremichael, wrote last week in The Africa Report.

No to the Poison Bills – Ethiopia in U.S. Congress