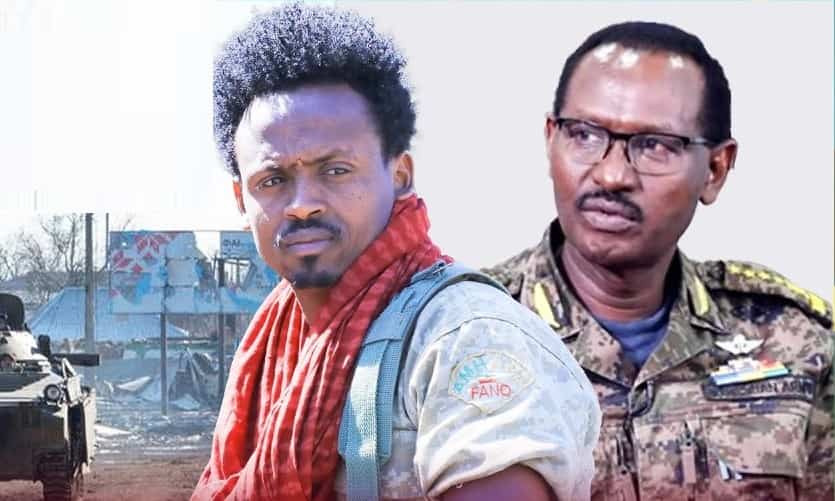 The Ethiopian joint security and intelligence task force, which is comprised of the National Intelligence and Security Service (NISS), Ethiopian National Defense Forces (ENDF), the Federal Police Commission, and Information Network Security Administration (INSA) there are 5, 804 “ Fano” members who are detained and under investigation for attempts “to spread violence.” These include those who “were convicted by a court, who were at large, and who were wanted for murder.”

In a statement released this morning to state media, the joint task force also said that as a result of coordinated operations, it was able to avert major security threat including planned “terrorist attacks” on the capital Addis Abeba and its environs by forces affiliated with “Al-Shabaab”, “ISIS”, “Shene”, “TPLF Junta”, and “Fano.”

Focusing on the “Fano” group, the joint task force praised those “Fano members” that it said have “fought against” Tigrayan forces “during the law enforcement campaign in the northern part of our country” and said they were “helping the security forces” including “the national defense and other security forces, [and] have contributed to the peace and security in the region today and continued this good work.” But it accused those it said were operating “under the guise” of the real Fano, but spreading violence throughout the Amhara regional state using illegal weapons; it also accused them of recruiting “youths without the recognition of the national defense forces and police institutions, trained them secretly and armed them with illegal weapons.”

It further said that it is apprehending those who are attempting to infiltrate illegal weapons into the capital Addis Abeba by “gathering in various areas of the Amhara region, as well as organizing and coordinating with some extremist diaspora members in foreign countries, and equipping themselves with weapons using the large amount of money they have collected from home and abroad, and taking battlefield and guerilla map training.”

Following a joint operation between the Amhara and federal forces, some 14 members of this “Fano” group are also currently in police custody with “their various secret documents”, the task force said. It accused them of spreading false information using extremist media abroad”, and “moving to establish a transitional government, plotting to attack senior officials of the Amhara region and the federal government and overthrow the government by force.” As a result, “the security threat in the [the Amhara] region has been removed and the area has been returned to peaceful activities.”

Similarly, with regard to the recent security crisis in Gembella and Benishangul Gumuz regional states, as well as in western Oromia zone in Oromia regional state, the task forces says the coordinated attempts by “the members of the TPLF junta group, the Gambella Liberation Front (GLF), the Gumuz People’s Democratic Movement (GPDM) and the ONF/Shene terrorists” to attack the Gambella city and its surroundings, as well as in the town of Gimbi and Dembi Dolo in western Oromia has been “foiled” by the joint task forces of the federal regional security and the community.

As a result of the “actions taken by the task force, many were arrested and 137 members of terrorist groups were killed…the security problem in the region has now been removed and the area has been returned to peaceful activities.”

In a month long joint operation between June and July, in western Oromia, “more than 153 members of the terrorist group” were killed, and “more than 900 are arrest and being investigated” it says. it also claimed that “various group and individual weapons used by the terrorist Shene group, a large number of ammunition and ammunition warehouses, military armor and clothing, vehicles and other assets were seized” in the operation.