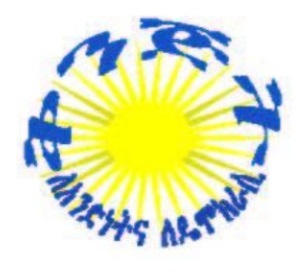 Like any other decent citizen I have always taken interest in the affairs and wellbeing of my country. An article I contributed to my high school magazine some forty years ago advocated the cause of human rights and democracy and reminded me of the awareness level we had attained at the time. Yes, we had school magazines back then, and yes the memory of the 1953 coup and the inspiration of people like Ghermame Newai on our generation were still fresh.

Decades have elapsed since the 1953 coup d’état and though I maintained some degree of interest in politics it was somewhat in disconnected fashion. Politics seemed unrelated to my way of life and political activity was the exclusive domain of scoundrels and coldblooded murderers. Then 2005 happened.

The period leading to the 2005 election was laden with hope and excitement. It was unlike any other in our lifetime for it sucked the most skeptics out of self-imposed exile and the most indifferent out of centuries old slumber. Ethiopians for the very first time started to believe democracy was possible and that governments can change through the power of the ballot.

This shift in paradigm was the making of several phenomena, both national and international. On the national level the government dared to take a chance at democracy – irrespective of whether the motivation grew out of conviction, national or international pressure.

The largest chunk of credit, however, goes to those Ethiopians who, despite the associated fatal risk, formed political parties, sparked national debates and managed to glue an entire population to the media. How could one ever forget several events of enormous political significance and words like “Tsunami” that became part of the Ethiopian vernacular?

That was when I also started to believe democracy was indeed possible and Ethiopians, who I believe are the most politicized humans in Africa, were behind this movement for real. In essence, I took the lead from the average Ethiopian. I lined up behind the “Yichalal” national wagon authored by no other than Haile Gebre Selasssie. Who could blame me for that? I can assure you my support for Kinijit did not spring out of a lottery draw or from previous association with its component parts which I had none. Due diligence was involved in my choice of Kinijit. Without going into what I do or do not like about the other parties, I will bullet my rationales for being a conscious Kinijit supporter and the basis for my continued support.

Kinijit is a decidedly multi-ethnic party. Take a look at the diversity of the leadership and the statistical result of the 2005 election which transcended ethnic and regional boundaries. No amount of negative propaganda aimed at portraying it as an ethnic party will change the fact.
Kinijit chose peaceful political struggle as the only salvation for a war and strife weary Ethiopia. Among other things, the path chosen considered the level of political consciousness in Ethiopia, the fragile nature of relationships and international political experiences.

Kinijit strongly believes Ethiopia’s democratic aspirations will forge ahead if and only if stake-holders breakout of their intransigent positions and discuss their visions and fears in a round table setting. Kinijit does not have enemies per se save bad ideas, as aptly put by its V/Chairperson Bertukan Mideksa.
Kinijit is unequivocal on an important core democratic value. Individual right forms the cornerstone of its political platform. A country that does not guarantee individual right cannot be trusted to provide group rights. This party is very much sensitive to the concerns of minority groups and is determined to put policy measures that will inspire confidence.

Kinijit subscribes to a market driven economy and recognizes individual ownership of land and capital as the engines that drive a vibrant economy and a great nation.
Kinijit is aware of Ethiopia’s current and evolving international responsibilities in a region that continues to originate numerous global challenges.
Kinijit does not believe in ethnic politics and submits that dividing regions along ethnic boundaries goes contrary to economic, social and international logic. Kinijit challenges the ruling party’s motive and is opposed to the policy as it restricts the unleashing of the full potential of human and national resources.
Kinijit is committed to the exercise of internal democracy as it, along with other parties, strives to cultivate democratic culture in Ethiopia.
Kinijit is a dynamic and vibrant organization, always cognizant of the ever changing nature of society, the changing priorities of our nation and of the world. It is adept and is determined not to fall prey to paradigm paralysis.
This, in short, is the Kinijit I chose to support and the basis of unwritten contract signed between the two of us. As a side note; I am not overly concerned about the current internal crisis for no organization worth its salt grows to be wiser and stronger without enduring growing pain.