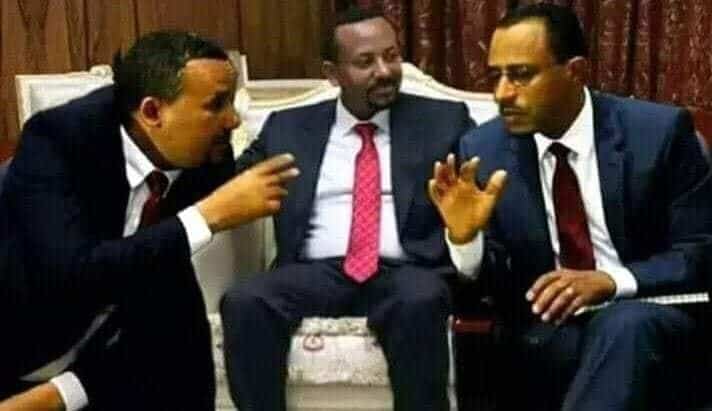 Jawar and his cliques are utterly unscrupulous. It is perplexing for any sane person even to know what their interest is. Responsible citizens are appeasing to narrow any differences we may have as a nation, but extremist activists keep digging for more differences.

This is really insanity. Now they have made the playing card language. It is really baffling. What is their problem at all regarding language? Is it restricting the use of the Amharic language or expanding the use of Afan- Oromo? If it is the former it is totally unlikely to succeed and trying to do it, is inexplicably bullshit, so to speak. So far, I haven’t heard from anybody opposing Afan-Oromo from becoming the national language. People are saying why they don’t move to that end, even if they have a question on the alphabets.

Amharic by chance has become the language that stitches us as a nation (The Lingua Franca of Ethiopia). What kind of sickness is this? I mean thinking of restricting Amharic so as to foster Afan-Oromo. I think that it is a critical sickness that needs a professional psychiatric to examine. Is it because it is believed to be disseminated by Menelik II? Long before him Amharic was the national language of the country. When he was expanding his territory, Menelik II was building a nation. There should have been a communication with various tribes. He had to communicate with them and they also needed to communicate among themselves. So, what chance could he have except using Amharic? was that wrong, or right? Possible to debate. But it just happened; therefore, it is insane to begrudge Amharic for the status it gained by chance.

Who are these people to decide on the fate of the poor Oromo peasants’ kids? Did really the Oromos make them their representative? Most of these renegades live in the West or teach their kids in the West, therefore, their kids are going to Western schools acquiring several languages. Ok because of, their animosity to the Amharic language, they may not teach them Amharic and the kids as long as they make their living there, they may not need the Amharic language that much. But why should a poor Oromo peasant kid be forfeited his chance of learning Amharic? Doing so, won’t hurt him at all, rather it helps him expand his opportunity to communicate and easily get a job should he leave his environment in search of jobs in other parts of Ethiopia.

Like many, I am of the opinion that Afan-Oromo can be additional language of Ethiopia; however, I don’t think that the alphabets of Afan-Oromo should be Latin.  From the very beginning those who decide to use Latin are wrong. This is the problem with extremism, because extremists are divisive always hunting for something that may set people apart.

Before they start speaking of making Afan-Oromo a national language, these extremist activists need to restrain from destructing the norm of the society.  To construct the Oromo culture, language, they don’t need to obliterate the already established culture. For instance, they want Afan-Oromo to be the national language. Like I said, that is ok for many Ethiopian nationalists, but in the process if they ask Latin to be the alphabet, won’t it involve us in to unnecessary controversy? To begin with, their rationale behind their activism for the Oromo language is the imposition of the Amharic language. Therefore, if they insist on making Latin the Afan- Oromo alphabet, in a way they are imposing their interest on others; because, Ethiopians believe, including the Oromos whom they claim to represent, they have their own alphabet for which they are proud of. If Oromo activists aspire Afan-Oromo to become Ethiopian national language, the way to do so, I would say, is in a friendly manner.   When you try to disseminate it peacefully, creating conducive atmosphere, making yourself friendly, you don’t even need to push it as people start developing love. Because of that, they make attempt to learn the language by themselves. For instance, at the beginning of Prime Minister Abyi Ahmed ascendency, Ethiopians were sanguine except the extremist Oromos. Had these extremists left all the job for him and had he kept his promises, this issue wouldn’t have been a matter of controversy. He talks about unity; they strive for division. They poured down cold water on everyone’s hope.

Put aside your divisiveness, then you don’t need to fulminate against others to disseminate Oromo culture, language. All your efforts are getting clearer now. It is not only in your last week rant in relation with the new education policy, that your wanton interest is debunked. You have sent your messengers even to the Ethiopian orthodox church. But this your move is very dangerous as it may be regarded as crossing the red line. Launching attack on the orthodox church and Amharic language are always heinous.  It is the means the Italians used for nothing but just to destroy the country. Is that what you want? If that is what you want, you earn nothing. The other day there were these two orthodox church priests appeared in the extremist OMN media declaring the establishment of Oromo orthodox church. I would say those people were apostates, not priests. To justify their devious cause, they were citing from the Holy Bible. If they are really spiritual people, what is the need to involve in politics? For years congregates were using the church in all the places they were referring to. They claimed that congregates are fleeing away, because of the language. I have doubts. The orthodox church is losing its congregates everywhere not only in Oromia. To prove their claim, they need to come up with a research. If it is not an attempt to divide, why do they need to dub it Oromia Orthodox Church? All the justifications they were presenting were lame excuses. Many Islamic countries have their own national language, but they use Arabic for the sake of Islam. Does that mean Arabic is imposed upon them? Not at all. For instance, the Islamic African country, Chad has in its curriculum Arabic and because of that many Chadians speak Arabic. Why are Chadians doing this? Is it because they aspire to become Arabs? It is the devotion they have for their religion.

Therefore, should Oromo activists need to prosper their region, they should strive to stabilize the political condition of Ethiopia. They shouldn’t necessarily focus on differences all the time. As a nation, we may have some differences, but we also have a lot of similarities. Always focusing only on our differences has no use except entangling the relationship we have.