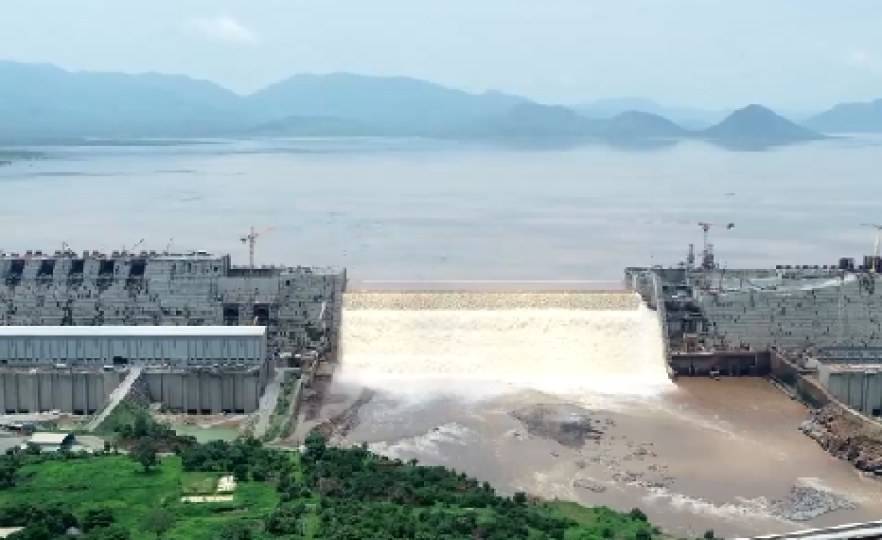 From the victory at Adwa to the establishment of the Organization of African Union (OAU) and many other continental achievements Ethiopia has been setting examples that promote the feeling of pan Africanism. The construction of the Grand Ethiopian Renaissance Dam (GERD) also serves as an indication to its contributions of upholding the values of pan Africanism. Beyond supplying electric power to Ethiopia, the dam can also regulate the ecosystem of the region as well as help in controlling flood in the lower basin states.

Natural resources conservation is fundamental for the development of a given country. Destruction of such resources has exposed the country to calamities of various kinds such as improper utilization of land, degradation, landslide, climate change and to end with desertification.

Improper utilization of natural resources will also endanger mines. Protection and conservation of natural resources however apart from ensuring productivity, would increase green area coverage which averts desertification and floods. To afforest the deforested land, various tasks have been done so far following the government’s special directives.

Accordingly, every year, it was possible to cover the degraded land with various plant species (in millions. This doubled the country’s forest population size when compared with previous years. Parallel to the construction of the grand renaissance dam, Ethiopia has been and is doing soil conservation works of various kinds to protect and prolong the life span of the dam and other water reservoirs through minimizing siltation or sedimentation.

Climate change has impacted all aspects of life all over the world. Developing countries like Ethiopia have little or no adaptive capacity and resilience and remain highly vulnerable to climate change. Ethiopia established a climate-resilient green development strategy in 2012.

Accordingly, every year, it was possible to cover the degraded land with various plant species (in millions. This doubled the country’s forest population size when compared with previous years. Parallel to the construction of the grand renaissance dam, Ethiopia has been and is doing soil conservation works of various kinds to protect and prolong the life span of the dam and other water reservoirs through minimizing siltation or sedimentation.

Climate change has impacted all aspects of life all over the world. Developing countries like Ethiopia have little or no adaptive capacity and resilience and remain highly vulnerable to climate change. Ethiopia established a climate-resilient green development strategy in 2012.

Green development strategy has been praised by many as a means to tackle future climate change effects. GERD, as a renewable and clean energy mechanism, will put Ethiopia as a major contributing nation to global carbon mitigation efforts.

As he told The Ethiopian Herald, he said it does not have a significant impact on the environment, adding, “It (the dam) creates a different dynamic, which for me is positive.” And the benefit for the entire project is designed in an environmentally friendly way and optimize for the benefit of the Nile River. The dam is beneficial, says Dr Gete. First of all, it regulates the water and holds the water in an area where the rate of evaporation is nominal. The flow of the water (in the months between June to September) carries a large amount of silt and sedimentation, and with the completion of the dam, this will no longer be a major problem.

Sudan’s water reservoirs Roseires and Sennar Dams have small storage volumes, so the water moves past the country quickly. So, Sudan is not a beneficiary of the waters (of the river). Egypt can store water and is beneficiary from the waters since building Aswan Dam, which is a large reservoir. However, when the water becomes regulated, once GERD is completed, it extensively decreases (saves) the volume of annual water loss by evaporation, which is about 13 billion cubic meters of water.

Egypt also benefits from the dam as a result of the regulated water flow that makes its way into the country. The Director-General mentions that Sudan is the most beneficiary out of all the three countries. Furthermore, when Sudan is hit by severe flooding during the heavy rainy season, hundreds of thousands of its citizens are displaced with even some deaths, and the dam upon its completion will help avoid that, Dr Gete notes.

It holds sedimentation, clean water goes there, and it will save Sudan the cost it used to pay to clean the sediment. The benefits the dam brings by regulating the water are immense.

The other thing that should be done is, carrying out (natural resource management) works to minimize the sediment on the upper Nile basin. By doing this, it can also extend the lifespan of the dam, as it can minimize (lower) the amount of sediment that makes its way into the dam.

“By our calculations, by doing this, and of course appraising its structures, we can extend the lifespan of the dam up to 375 years without any problems, and without the electricity production declining). In this way, we can make it last for many generations to come. But if land degradation and sedimentation continue in the upper basin area, the lifespan of the dam will not go ahead for more than 100 years.”

So, by setting a priority on the upper basin area, soil and water conservation works should be carried out in a sustained manner, and not in a campaign, as basin development demands a wide-ranging infrastructural work; it demands making farmers owners and allocating huge budget towards it. And the government should also facilitate the involvement of all the relevant stakeholders and experts of the field in this endeavour, he concluded.

The director told local media that the dam will benefit the downstream countries, especially Sudan, by regulating the water flow and sediments.

“The dam will regulate the water flow, reduce flooding risks and sediments. Especially for Sudan, it will give incredible benefits by protecting the reservoirs of their dams from sediments,” said adding that the dam with a big reservoir will regulate a steady flow of water in the river and reduce risky floods that have occasionally been killing people, causing massive displacement, and loss of properties in Sudan.

In Sudan, heavy rains and flooding during August and September 2021 have, for instance, affected more than 314,000 people. Since GERD is built to generate electricity, the dam will benefit the downstream countries, whether Ethiopia likes it or not, the director stated. Despite the mutual benefits of the dam, however, the issue has recently been highly politicized by Sudan which is skillfully manoeuvred by Egypt.

“This is more of politics rather than technical… But the current politics in play will not help. Nature and politics do not go together,” he explained, pointing out that the Egyptians want to maintain the historic water usage hegemony on the river and the Sudanese follow Egypt.

“The fact is that the Sudanese experts know the benefits of the dam very well. The Egyptians, however, want to maintain the average 55.5 billion cubic meter water share. And the Sudanese follow them sheepishly. The previous stand of Sudan was, in fact, right as it benefits the country.”

The director of the research centre called on researchers to inform the relevant stakeholders on the technical issues of the dam and the win-win approach to benefit from the dam. He further stressed the need to protect the Nile River basin, especially at the upstream level, and the lower riparian countries to cooperate and support Ethiopia.

Ethiopia stated a few years ago that the dam will not significantly harm either Egypt or Sudan, but will benefit the countries by removing 86 per cent of the sedimentation load and conserving water by regulating flow that will allow reliable all-season water supply.

Realizing GERD will also enable many (60-70 per cent) Ethiopians to clean energy and contribute to the reduction in carbon emission from deforestation for firewood purposes. Climate change mitigation efforts have global perspectives, and in this regard, Ethiopia’s effort should have been praised and supported by the international community.

Reducing pressure on forest resources and the expansion of afforestation and watershed management practices deserve carbon compensation. Ethiopia’s effort to build GERD is not only a mere energy generation but goes beyond international carbon sequestration and climate change mitigation.

From this perspective, therefore, GERD deserves global subsidy and support, not international sabotage. In Ethiopia, every year, a single firewood dependent household for energy purposes, on average, clears 0.3ha of forest land. Further more the dam demonstrates an example for African countries that the ultimate solution for economic and political progress is their own endeavor rather than depending on others.