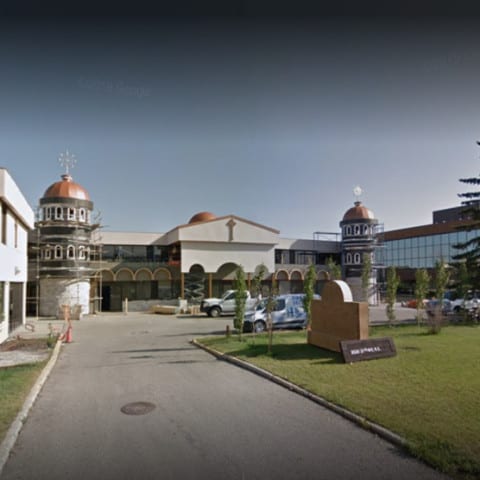 There are now 107 active cases of COVID-19 among people who attended a service at the Calgary Kidanemhret Ethiopian Orthodox Tewahedo Church in August, according to health officials.

That is nearly double the number that was first reported on Monday when 57 cases were announced.

Members of Calgary’s Ethiopian community are delivering hampers to people who were at the church between Aug. 9 and 23 and are now in self-isolation.

An organization called EthioCare has been helping recent immigrants who have been affected by COVID-19 since the pandemic started.

“Unfortunately, there was a backlash going towards the communities,” said Bekele Hankebo, the team lead with EthioCare on Saturday.

“It’s just creating anxiety and fear. People are already traumatized even before this pandemic with many other issues, and now they are worried whether they should send their kids to school or daycare or even go back to work.”

Hankebo said it’s encouraging seeing more people reach out to them during this church outbreak than the Cargill outbreak near High River when he said many were fearful and secretive.

He said the relationship building and communication they’ve had with the Ethiopian and Eritrean communities is paying off.

“We delivered groceries during that time and they made us promise that we would not reveal their identity or their names. Now they have called us. We didn’t have to go to them,” Hankebo said.

Dr. Deena Hinshaw expressed her gratitude on Thursday to church leaders and members who proactively went for testing and who are working with Alberta Health Services to understand this outbreak.

She also clarified comments she made on Monday about the recommendations only applying to those who attended the church from Aug. 9 to 23.

“I recommend anyone who was at the church on those dates go for testing, that children who attended the church should temporarily stay home from school while information from the outbreak is being gathered so we can better understand who is at risk,” Hinshaw said on Thursday.

“I have heard that this community is now being targeted and stigmatized because of this outbreak. Stigmatizing those with this illness only increases the possibility that fear of this negative attention will keep people from being tested and will drive the virus underground,” Hinshaw said on Thursday.

“We cannot fight COVID in the dark and no region or group in society is immune from this virus. We are all best served by offering support and compassion to those who are dealing with outbreaks or isolated cases.”