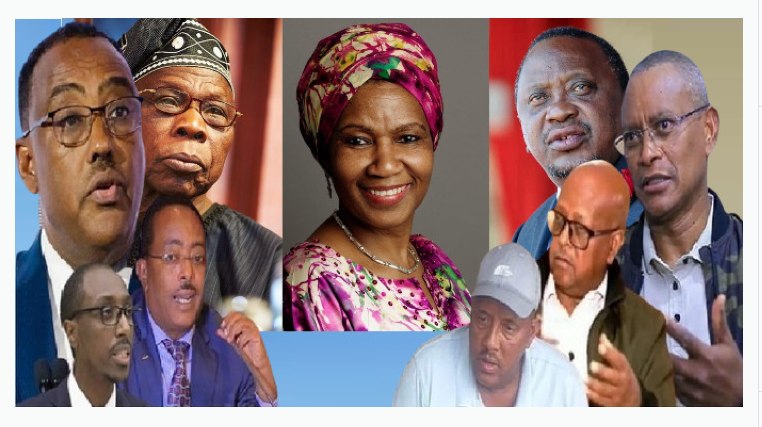 The November 2, 2022 agreement in Pretoria is a victory for all Ethiopians, a victory for peace and common sense. It is a victory for the humanist principles and values that are central to Ethiopian civilization to which Tigreans have made notable contributions. To ensure the success of this Agreement, Ethiopians need “good faith” and “a lesson” from their history. I will deal with these two issues separately.

Good faith means that the parties will deal with each other honestly and fairly and will interpret and implement the Agreement in ways that uphold it rather than destroy it. The Agreement is quite complex and its interpretation and implementation requires good faith on both sides. Given the horrendous loss of life and property the two-year war has inflicted on Ethiopians, it is reasonable to assume that both parties will exercise good faith to the utmost in its interpretation and application instead of replunging the country into another horrifying cycle of death and destruction.

Those who are inimical to the Agreement will engage in bad faith interpretations of the Argument. As we already see on social media and some western news outlets, the opponents to the Agreement are mostly pro-war Ethiopians in the Diaspora and pro-war foreigners.

The second possible source of opposition to the Agreement are certain politicians in certain countries who believe that a weak Ethiopia better serves the geopolitical interests of their countries. They therefore would like to see either the resumption of the war or the persistence of conflicts that will permanently weaken Ethiopia and make her amenable to their interests. Such politicians’ views could change when they realize that a strong, independent, prosperous and peaceful Ethiopia is a better ally than a weak Ethiopia. Good faith and fact-based dialogue is possible with this group.

Finally, the third group opposed to the Agreement are some Western journalists, analysts and academics. They consider themselves “experts” on Ethiopian questions. Over the last two years, this group willingly served as megaphones for amplifying the propaganda and lies of the disinformation services of anti-Ethiopian forces. Unable to swallow the fact that there is an ancient, never-colonized African nation with its own written civilization, they somberly predicted the demise of Ethiopia. However, the Pretoria Agreement exposed their ignorance of Ethiopian history, spirit, culture and commitment to the existence of the Ethiopian nation. Their self-respect and their self-esteem as well as the respect and esteem others have of them as “experts” have been bruised irreparably. One could then understand their bitterness and their commitment to a bad faith interpretation of the Argument, hoping that their bad faith interpretations of the Agreement will convince some Ethiopians to sabotage it. No amount of good faith and fact based dialogue with this group will change their mind. The best is to ignore them.

“The day after” needs however more than “good faith” to give the Agreement a “permanent” positive impact on Ethiopia. The Agreement and its implementations are only first steps. They are preambles to the important task of creating a foundation on which a permanent peace could be built to ensure an enduring democracy and prosperity. To accomplish this, good faith has to articulate itself with a crucial lesson from within Ethiopian history. Otherwise, the Agreement’s outcome could end up in a historically stagnant cul de sac. Let me explain.

Though we Ethiopians love to talk about Ethiopian history, we rarely engage in historical thinking. Historically speaking, Ethiopian victories have been mummified, because we have failed to unpack the historical implications of these victories and translate them into political, social, economic, and intellectual triumphs. Ethiopians tend to fetishize victories and engage in rhetorical bravado. We forget that victory is short-lived unless it becomes a “social” victory. As a result, Ethiopia’s past victories opened the gates of future defeats. Let me give two examples.

After the 1896 victory at Adwa, Menelik knew that Italy, France, and Britain had colonial designs on Ethiopia. Indeed, he seemed cognizant of the need to “modernize” Ethiopia to meet future challenges and took some timid steps. However, he did not undertake the political, economic, and social reforms necessary to prepare Ethiopia to face successfully the adversities that were looming on the horizon. His successor, Emperor Haile Selassie, did no better. So, when Italy attacked again Ethiopia in 1935, Ethiopia was unable to defend herself. Thus, the 1896 victory incubated Ethiopia’s defeat of 1936: Adwa gave birth to Maychew. And the Emperor fled to Britain.

Ethiopia’s victory against fascist Italy in 1941 was another wasted victory. Having lived in Britain during his five years of exile, Emperor Haile Selassie had first-hand knowledge of what a developed society is. He also knew that it was the technological and organizational superiority of Italians that led to the defeat of Ethiopia. He also knew that foreign powers still coveted Ethiopia. It was obvious then that political, social, economic, and intellectual transformations were necessary if Ethiopia were to avoid future defeats, be they of external or internal origin.

On his return to Ethiopia from exile, the Emperor, however, transformed the 1941victory into a source of a cult of personality of himself and adopted a modernization scheme designed to serve his absolute power. Inexorably, the institutional rot of Ethiopian society proceeded unabated. Yet, the signs for the need for deep political, economic and social transformation were there early on: the peasant rebellion of Tigray in I943; the coup d’état of 1960; the peasant rebellions of Bale in I963-70, and of Gojam in I967-8. Thus, the historical emasculation of the 1941 victory gave birth eventually to an apocalyptic famine, and to the birth of two authoritarian governments: the first in 1974 and the second in 1991, preparing the stage for the devastating war of 2020-2022.

Thus, Ethiopians squandered two victories: 1896 and 1941. These victories remained the victories of our leaders and did not become the victories of the Ethiopian people, who continued to live in social, political, and economic poverties. Instead of ushering the emancipatory transformations of Ethiopia, these victories became the wombs of new defeats and sufferings.

We must not repeat in 2022 the historical errors of 1896 and 1941. We should convert the victory of 2022 into a trampoline for launching political, economic, social, and intellectual transformations, and for actively extirpating the poison of political and geographical ethnicization the has infected the body-politic of Ethiopia and the psyche of Ethiopians. Otherwise, the victory of 2022 will be a pyrrhic victory and Ethiopians will be drawn sooner or later into a new cycle of violence and suffering.

Moreover, the West’s support for the undermining the sovereignty and unity of Ethiopia during the 2020-2022 war shows that it has not abandoned its centuries-old desire to dominate Ethiopia. Ethiopia must develop her capacities to forestall another Maychew, which this time will be political and economic, brought about through the subversive actions of the West’s puppets within Ethiopia. The historical lesson of 2020-22 war is that outside powers will always try to exploit our problems, faults, and conflicts and weaponize them to weaken Ethiopia.

Will Ethiopians, in the wake of the victory of 2022 rest on their laurels, fetishize it, hypnotize themselves through the rhetoric of Ethiopia’s greatness and the valor of her solders, and squander the 2022 victory as they have the victories of 1896 and 1941? If they do, the good faith interpretation and application of the Agreement would have been for naught. To avoid the repetition of Ethiopia’s wasted victories, the good faith interpretation and application has to be contextualized with this lesson from our history.

3 thoughts on “Victory… And the Day After”