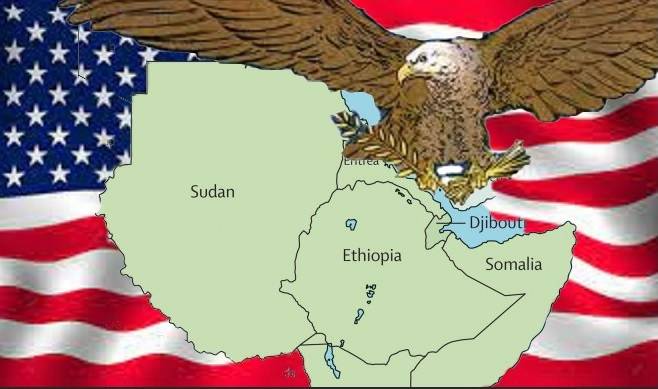 There is no sincere desire on behalf of the US-led West to support the Ethiopian government’s efforts to resolve the current conflict according to its vision, American Political Analyst Andrew Korybko said.

Responding to questions posed by ENA via email, Korybko said “that would defeat the entire purpose of the American Hybrid War on Ethiopia, which is to turn the country into an example of what could happen to all others across Africa and the Global South more broadly, if they continue pursuing balanced relations between China and the US.”

Washington considers such a strategy as being detrimental to its interests due to its zero-sum perspective on the New Cold War. What’s good for Beijing is bad for Washington, it thinks, he added.

According to him, that’s not an objectively accurate assessment though; but one that’s driven by the US paranoid fear of gradually losing its global hegemony, the trend of which has been in progress for at least the past decade.

The analyst believes that China and the US can indeed engage in “friendly” competition in Third world countries like Ethiopia, which can in turn enable those states to leverage their competition for the purpose of maximally developing their economies.

“Working closely with China and the US doesn’t have to be at either of their expense but can actually be mutually beneficial. Everyone can win, expand influence, and develop.”

Nevertheless, he noted that the US seems to lack confidence in its ability to sustainably compete with China on a level playing field over the long run, which is why it’s aggressively seeking to manipulate the “rules of the game” in its favor through Hybrid Warfare means.

In the Ethiopian context, this takes the form of tacitly supporting the TPLF for the purpose of weakening the country from within, internally partitioning it, and thus destroying its ability to function as a unified state that can set a positive example for all other developing nations. For this reason, it’s unrealistic to expect it to support the Ethiopian government, he underscored.

Moreover, Korybko pointed out that technically speaking the US-led West recognizes the democratically elected Ethiopian government, but with the crucial caveat that they also believe that the controversies associated with the latest vote cast doubt upon its legitimacy.

“This weaponized perception that’s driven by the false narratives that were propagated about it over the past year is intended to pressure the authorities to treat the terrorist-designated TPLF as their political equals in order to justify the latter’s political vision aimed at the de facto internal partition of the country through the Bosnian model,” the analyst noted.

He underlined that if the US-led West didn’t have any ulterior motives related to meddling in Ethiopia’s internal affairs for the aforementioned end, then they would have recognized its new government without any reservations.

Instead, they sought to exploit the existing conflict in order to obtain leverage over the authorities aimed at advancing their grand strategic interests in that country.

The analyst further said, “This was justified on the basis of faux ‘democracy’ and ‘human rights’ concerns, which were peddled to the public for perception management purposes. The US-led West doesn’t sincerely believe in them.”

Korybko revealed that “nobody should expect Western governments to back their Ethiopian counterpart’s efforts to peacefully resolve this crisis since they lack the political will to oppose their American patron.”

Only those states that feel confident in independently pursuing their interests will even consider supporting Ethiopia, he underscored.

That said, the political analyst noted that the level of practical support that can be expected is minimal among many because they might fear that saying – or let alone doing – too much could provoke the US political wrath.

He further stressed that “great powers like Russia and China are thus expected to take the lead in substantively supporting Ethiopia, especially at the UN. Other countries that have come under similar American pressure might also follow suit for the sake of their principles.”

Political and moral support is important, but what might eventually be needed is reliable economic and humanitarian support, Korybko said. The conflict might cause enduring hardships for the Ethiopian people, which is where its government’s partners can step in.

Russia, China, India, Turkey, and others should seek to enhance bilateral trade with Ethiopia and expand access to their domestic market in order to compensate for the country’s planned exclusion from the US African Growth and Opportunity Act (AGOA), he stated.

The political analyst underscored that “the regrettable experience of corrupt UN officials taking the TPLF’s side proved that this global body isn’t entirely reliable when it comes to providing humanitarian aid. Ethiopia’s partners should consider compensating for that too, if needed.”