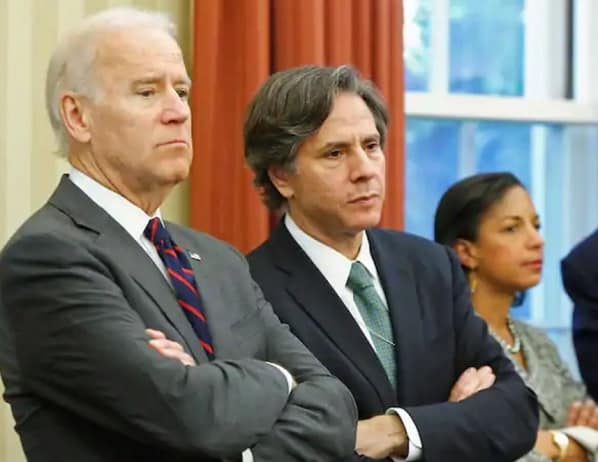 As we celebrate the 125th anniversary of the victory of Adwa over fascist Italy, another colonialist agenda is perpetrated against Ethiopia in the 21st century. After Auschwitz the US and its western allies made a collective promise to defend humanity. A promise unfulfilled to the full spirit of the letter.

Again, Ethiopia seems to have fallen victim of America’s double standard foreign policy hoodwinked to favour a terrorist group called the Tigray People’s Liberation Front (TPLF). A misguided US foreign policy often impacted the safety and territorial integrity of Ethiopia, a regrettable manifestation of US diplomatic overtures towards Ethiopia.

Recently,  the Government of Ethiopia (GoE) took legitimate steps against the TPLF to maintain law and order in its Northern province of Tigray. Maintaining law and order is the sacrosanct responsibility of governments. And mobilizing national defence forces within a sovereign national border is a legitimate undertaking of any nation. Ethiopia is no exception.

Unfortunately, the international community along with their  media have gone awry to blaming Ethiopia and its defence forces of committing crimes against humanity. On the week Ethiopians commemorate the victory of Adwa, the US Government chose to be a new addition to the blame game. Through its press release https://et.usembassy.gov/atrocities-in-ethiopias-tigray-region/ the US is engaged in character assassination of the ENDF as having committed atrocities against Tigray. Interestingly, the US has also called upon the GoE to withdraw its forces from Tigray.

It is ironic to see the US government meddling in the internal affairs of a sovereign state. Deployment of a nation’s security forces within its own territory is the sole responsibility of any government. Unlike America’s army stationed in Afghanistan, Croatia, Taiwan and South Korea; Ethiopia’s forces are mobilized to maintain law order and bring the culprits to justice within its territory. Ethiopia’s law enforcement operation in Tigray is not synonymous to America’s bombing of a sovereign state of Iran.

More importantly, Ethiopia has been an important ally of the UN peacekeeping operation in Africa and Asia. Ethiopia’s stellar contributions of safeguarding the collective security of Nations is written in GOLD in the United Nations. The US and the international community must not expect Ethiopia to sit idle when its internal security is jeopardized by TPLF.

For  two decades, the TPLF has exterminated scores of innocent people, embezzled immense national resources, and destroyed the cultural and social fabrics of the nation. TPLF has imprisoned hundreds of opposition members, tortured civilians, raped women and executed many without trials. They have pulled the triggers of genocide and ignited the chambers of torture without reservation https://ethiopianege.com/archives/16026. The November 2020 gruesome attack against Ethiopia’s National Defence Forces (ENDF) in Tigray is a clear testimony of TPLF’s brutality.

Ethiopians consider US and Western propaganda campaign against Ethiopia as a manifestation of hegemonistic agenda camouflaged by the respect for human rights and democracy. The world knows well that Ethiopia defeated the invading colonial army with a crossbow at Adwa. In the 21st century Ethiopia is better equipped intellectually and diplomatically with heightened understanding of the geopolitical situation and the condescending characters of western diplomacy and coercion. Galvanized by the spirit of Adwa, Ethiopia will foil any conniving colonial agenda of western diplomacy.

Ethiopians call upon the international community that said no to Auschwitz, to say no to TPLF and their lobby firms in the US and Europe. US America should not be sanctuary to corrupt and terrorist TPLF advocates who loot Ethiopia’s coffers without shame. Ethiopians are sick and tired of the continued naivety and complacence of the US and the international community towards TPLF.

As a founding member of the League of Nations, Ethiopia has a respected history of defending its territorial integrity as exemplified at the victory of Adwa. We respectfully request the USA to put-off its hands from meddling in the internal affairs of Ethiopia. Yee or Nee peace-loving Ethiopia will prevail by the power of Adwa and by the indomitable spirit of Ethiopians’.