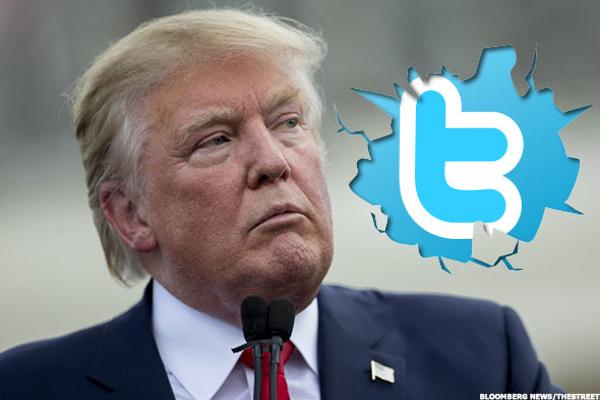 Anti-democratic attitudes in America helped to scrub our election, while US-Nile geopolitics could become a powder keg

When US presidents comment on events in other countries, their remarks have impact.

When, for example, President Barack Obama congratulated the Ethiopian People’s Revolutionary Democratic Front (EPRDF) on an apparent landslide election victory in 2015, it signalled to some Ethiopians that the world’s most powerful country would not favour a legal challenge to the election results.

The EPRDF became even more aggressive in jailing opponents. Less than a year after the election, people took to the streets to protest. Many died in the protests and the economy neared collapse, leading to leadership change in 2018 and a wave of promising democratic reforms.

Statements by US officials on their internal affairs can likewise have international impact. After Donald Trump tweeted that November’s presidential election should be postponed on account of the pandemic, an Ethiopian government-affiliated media conglomerate ran it as its main story.

It mattered in Ethiopia because it could be used to justify the decision by the prime minister, Abiy Ahmed, to postpone the country’s elections which were to have taken place on 29 August, citing Covid-19 as the reason. Trump’s words hold significance for both government supporters and critics because many Ethiopians once looked to the US as a champion of democracy and the rule of law.

The numerically small, but politically powerful urban middle class supported the postponement, but critics pointed out that the government’s lack of an electoral mandate could be as perilous as the pandemic. This concern was well-founded. After the killing in June of Haacaaluu Hundeessaa, a famous singer and leader of anti-government protests, more than 160 people died in violent clashes along ethnic and religious lines. The government has also jailed a large number of people, including Jawar Mohammed, a Stanford University graduate and de facto leader of the mass protests against the EPRDF between 2015 and 2018.

On top of that, on 31 July, Ethiopia’s federal parliament, essentially controlled by the prime minister’s party, issued an ultimatum against the Tigray regional government, which has decided to hold local and regional elections in defiance of Addis Ababa. The regional government is controlled by the Tigray People’s Liberation Front (TPLF), which lost its dominant position in the federal government and within EPRDF in 2018. The TPLF government in Tigray commands paramilitary forces with considerable capability. It is now defying the federal government with military parades and counter-threats.

Not only are Trump’s tweets and actions bolstering anti-democratic values, but fears are growing that the US government is attacking the management of Ethiopia’s water resources to bolster its geopolitical interests. In the past, US Department of State officials played an important and often constructive role in Ethiopia’s domestic political development. Today, the US secretary of the treasury is understood to be bypassing the state deparment and flouting diplomatic protocols in supporting Egypt in the dispute between Egypt, Ethiopia, and Sudan over the filling of the Grand Ethiopian Renaissance dam.

A US-mediated “deal” on the sharing of the Nile might achieve temporary goals that Egypt and the US can showcase. But easing political and economic tensions in a region of wide security concern requires paying serious attention to simmering but grave domestic issues, which, if left unchecked, could lead to new authoritarianism or even civil war.

While the US and European countries have provided substantial financial support over the past few years for economic reforms, the Ethiopian government’s reform efforts today are focused on renovating the prime minister’s Addis Ababa palace.

Lenders directly and indirectly financing such vanity projects, and propping up authoritarian governments, have a moral duty to citizens and should insist leaders have a legitimate electoral mandate. Otherwise, they will have to answer to the generations who will inherit these debts and may raise legal questions when the loans must be repaid.

More informed signalling from Washington at this precarious time for Ethiopia could help to reduce tensions within Ethiopia and between its neighbours. But whether that happens now depends on who wins office in the US in November.

Democracy is in peril …
… ahead of this year’s US election. Donald Trump is busy running the largest misinformation campaign in history as he questions the legitimacy of voting by mail, a method that will be crucial to Americans casting their vote in a pandemic. Meanwhile, the president has also appointed a new head of the US Postal Service who has stripped it of resources, undermining its ability to fulfill a crucial role in processing votes.

This is one of a number of attempts to suppress the votes of Americans – something that has been a stain on US democracy for decades. The Voting Rights Act was passed 55 years ago to undo a web of restrictions designed to block Black Americans from the ballot box. Now, seven years after that law was gutted by the supreme court, the president is actively threatening a free and fair election.