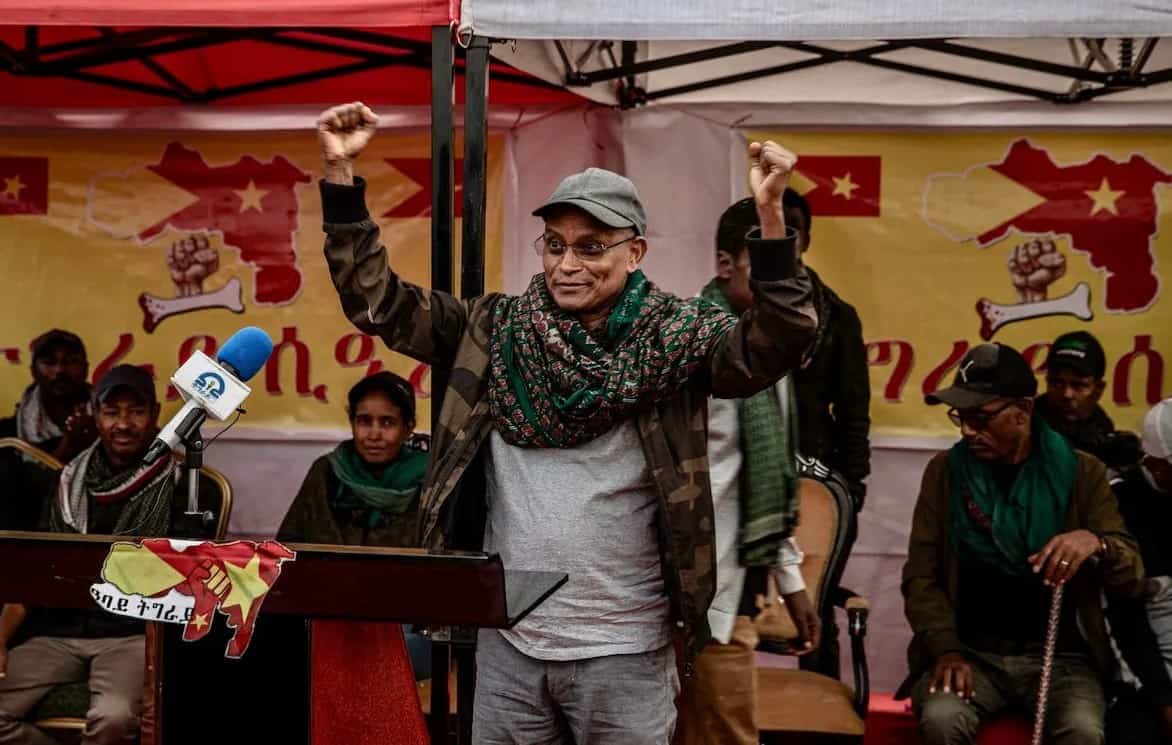 by Ann Fitz-Gerald and Hugh Segal

While most eyes stay understandably focused on Russian aggression in Ukraine, another war goes on that Canadians, Americans and Europeans barely know about, in Ethiopia. And what they’re told by much of the mainstream media fails to reflect reality on the ground. The New York Times, the Guardian and CNN have often cast the Marxist Leninist Tigrayan People’s Liberation Front (TPLF) insurgency in the role of plucky “heroes” against a sinister Ethiopian state, portraying Tigrayans as a persecuted minority “blockaded” and “sieged” by federal forces. The fact that now Tigrayans themselves are fleeing their home region for the nearby Amhara and Afar regional states, with horror stories to tell about their so-called TPLF liberators, speaks volumes about the greater truth ignored by most western media.

A bit of background is needed. Western newscasters quickly gloss over the fact that the harsh TPLF ran Ethiopia, ruthlessly, for 27 years. They usually start and end with that single concession, admitting that there were some abuses. Nor are they clear about the cause of the present conflict: a long-planned unprovoked TPLF lightening attack on the northern command of the Ethiopian federal forces which, according to interviews with commanders and officials in Ethiopia’s national defence forces, saw thousands of federal soldiers murdered. Instead, mainstream news stories incorrectly and misleadingly refer to a conflict which started “when Prime Minister Abiy Ahmed deployed troops as part of a law enforcement operation against the TPLF”.  Other reports cite that the Government of Ethiopia “had been planning the war for months” – a claim which is not supported by interview data on the deployment patterns of the federal troops which led the law enforcement operation after the TPLF’s attack on the northern base.

Thus far, the TPLF executive committee members and other senior officials based in both Washington and Geneva have been speaking for Tigrayans but hardly ever letting journalists and others speak with Tigrayans away from TPLF intelligence operatives. But thousands are now fleeing to the relative safety of Amhara and Afar districts. It’s reasonable to ask: Why would they do this if the Amhara are allegedly their most dreaded enemy? It turns out that they have the most to fear from the TPLF itself. Tigrayans of various ages in the camps for Internally Displaced Persons (IDPs) in Jarra, in the Amhara regional state, and in a camp near Chifra in the Afar region agreed recently to be interviewed – interviews conducted in Ethiopia between 30 March and 8 April 2022.

While Twitter shakes with Western indignation over Tigray supposedly being starved by Ethiopia, the many Tigrayan IDPs interviewed say that only a small amount of aid sent to Tigray has ever been made available by TPLF authorities to ordinary people—going first only to those families who contributed fighters to the rebel force under a “one fighter per family” TPLF policy. Very little or no aid was given to families which couldn’t offer fighters. All this on the back of comments which verify how food secure people felt under the federal interim government administration, before this administration pulled out with the announcement of the June 2021 humanitarian ceasefire.

And the interviewed Tigrayans say that no matter how much aid flowed into Tigray, priority was always given to the TPLF leaders, certain TPLF-linked businessmen (given some staples, like oil, to sell in their shops) and fighters. In fact, aid organizations apparently had no voice in how their own aid was distributed—it was handed over to TPLF leaders. Anyone who approached aid organizations directly about the aid would be arrested.

Two Tigrayans interviewed witnessed first-hand how phony videos were manufactured with contrived evidence profiling fighters for OLF-Shene, another armed group affiliated with the TPLF rebels with other footage, put the “actors” in bogus federal Ethiopian military uniforms. Witnesses learned that their names were added to an arrest list which, they claim, was as a result of knowing about the video-making. One witness fled successfully, while the other was imprisoned. Those imprisoned by the TPLF say they needed to pay bribes, which could be eight times the amount of the court fee, in order to secure a release.

Another Tigrayan witness indicated that the TPLF would fire heavy weapons at drones used by the Ethiopian Government for surveillance purposes. When hit by weapons, an exploding drone would spray shrapnel around the area underneath. The TPLF would then deceitfully claim on local and international media that the federal government was bombing Mekelle.

And only now are some Tigrayans—safely away from TPLF intimidation—free to talk about how they were forced to fight. One male interviewee described how TPLF special forces waited for him at his workplace. When he tried to run, they shot at him, and he had no choice but to hand himself over. Other younger members of Tigrayan families spoke about having to sign up to fight in order to protect older siblings who were in ill-health or to prevent older family members, including grandparents and parents, from being taken away and imprisoned. Other respondents claimed to have fled due to the threat of imprisonment as a result of their sons residing in Ethiopia’s capital city, Addis Ababa, and refusing to return to Tigray to support the war. Some of the Tigrayan fighters interviewed in Ethiopia in April, were under the age of eighteen.  Captured Ethiopian National Defense Forces (ENDF) soldiers also say they were forced to fight, which is a war crime and against the Geneva Convention regarding Prisoners of War.

Tigrayan IDPs also reported that very few of them were given a weapon, let alone provided training for how to use it. They reported that TPLF commanders kept insisting that their side was winning, but it soon became obvious that most of the arms collected and distributed to new “recruited fighters” came from their own fellow Tigrayans fallen on the battlefield. Based on orders they received to “take your own life before giving your hand (surrendering) to the enemy”, many of the former fighters now, understandably, fear for repercussions against themselves and members of their families. Feedback from civilian IDPs mirrors this fear, particularly in light of the experience of many Tigrayans who respondents described to have had any interface with the federal interim administration between November 2020 and June 2021 – and who were killed or imprisoned by the TPLF; measures which were reportedly made possible by way of four new proclamations which the TPLF enacted in June 2021.

What’s also remarkable is how these Tigrayans feel about their own country—sentiments that completely contradict the narrative pushed by their self-appointed leaders. The TPLF have always maintained that the ethnic Amhara people are their sworn enemy (this is even stated in their founding document). The TPLF has pushed a relentless “divide and rule” strategy asserting that Ethiopia can’t go on without a separate Tigray nation, or unless Tigray is in charge over all. In fact, many Western commentators have erroneously suggested that Ethiopia is on the verge of a Balkan-style breakup, and that in the end, this would be a good thing. Yet many of the Tigrayans in the IDP camps say there can be no peace in Tigray as long as the TPLF exist, and that “there will never be any democracy for Tigray if we are not part of Ethiopia.”

U.S. and European policy makers would do well to consult Tigrayans directly in the camps rather than rely on the TPLF leadership and their paid lobbyists in Washington and Geneva. Ethiopia, a federal state with a duly and democratically elected government, could build the lasting peace and prosperity that can help ensure long-term stability in the Horn of Africa.  When Tigrayans themselves – when allowed to reflect freely on the authoritarian excesses of the TPLF – indicate what they believe to be the facts on the ground, the world really has a duty to reflect on the dynamics which, in Ethiopia, matter.

Hugh Segal is the former Chief of Staff to Prime Minister Mulroney, chaired the Senate committees on foreign relations and anti-terrorism and is the Mathews Fellow in Global Public Policy at Queen’s University, a Senior RUSI fellow and CGAI fellow.