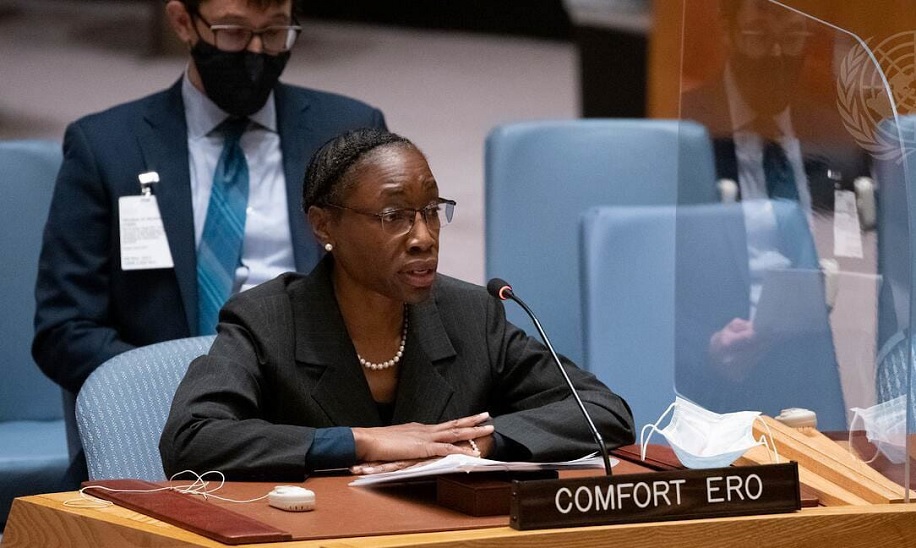 Dr. Comfort Ero, President & CEO of The International Crisis group penned an op-ed. article in the New York Times on  November 10, 2022. The primary purpose of her opinion piece  was to encourage President Biden to use “punitive measures” against Ethiopia if the Pretoria Agreement is not implemented. Without any evidence whatsoever, she assumes that Ethiopia will be the guilty party if the Pretoria Agreement fails.

What is surprising is that Dr. Ero seems to believe that Africans cannot manage their own affairs. Though the Pretoria Agreement was reached through the good offices of the OAU, Kenya, and South Africa, Dr. Ero does not address herself to these countries to ensure that the Pretoria Agreement is implemented. No. She treats them condescendingly. She writes that the African Union headquarters  being in Addis Ababa is “awkward,”  and  questions its “objectivity,” echoing the TPLF’s anti-OAU and anti-Obasanjo campaign. In encouraging President Biden to engage in sanctions against Ethiopia, she belittles The African Union’s resistance to the meddling of non-African states and organizations in African Affairs.

In her article, she presumes that the Ethiopian government may not respect the terms of the Pretoria Agreement. In reality, the Ethiopian government has restored, in conformity with the Agreement, the free flow of food and medicine into Tigray, and is moving full steam ahead in reestablishing electricity, telecommunication, banking, and other services in the region. At the same time,  however,  the TPLF is publicly engaged in  inventing reasons and manufacturing “facts” designed to prepare and justify its failure to fulfill the Pretoria Agreement. Though all this is public knowledge, Dr. Ero does not utter a word of recognition of the steps the Ethiopian government has already taken to implement the Agreement; nor does she criticize, let alone condemn,  the TPLF’s various public pronouncements and efforts to slither out of the Agreement.

As we have seen since November 2020, the TPLF aggression against the Ethiopian Federal government is fully supported by what a recent article in an Ethiopian website called the “White TPLF,” a group of Western academics, journalists, analysts, and politicians who defend and justify all the actions of the TPLF and put the blame for the war squarely on the Ethiopian government and accuse the latter of atrocities and “Tigray genocide.”  The “White TPLF’s” polit-bureau is made up of Alex de Waal, William Davison, Kjetil Tronvoll, Rene Lefort, and Martin Plaut. This polit-bureau has a number of journalists and academics from France, Holland, England, Scandinavia, and the USA acting as its foot soldiers. In her article that invites President Biden to sanction Ethiopia, even if it is the TPLF that is publicly taking actions to sabotage the Pretoria Agreement, Dr. Ero has consciously chosen to become a bullhorn for the “White TPLF.”

In deliberately ignoring the constructive and decisive role Africans have played in reaching the Pretoria agreement, she resuscitates—continues is probably the right word—the Western conception of Africans, variously expressed by the “White TPLF,”  as incapable of being subjects who could choose and determine their destiny through their own thinking and actions. Such a dismissive conception of Africans has a long history—at least since the 1600 as Haamond and Jablow show in their book “The Africa that Never Was.”  In handing over political agency on Ethiopian issues to America, she revives the colonial and neo-colonial perceptions that have blinded the West to the historical agency of Africans. As Haamond and Jablow show, the fantasies of incompetence, irresponsibility, savagery frame the West’s perception of Africans, and in this case, Ethiopians: Note the “White TPLF’s” incessant reference to the so-called “Tigray genocide” Ethiopian forces would have committed.

What is shocking about Dr. Ero’s refusal to recognize Africans as the active authors and actors of their history and destiny is that she herself is an African, born in England to Nigerian parents.

In reading her article, one is reminded of the book of Kishore Mahbubani—the renowned UN Official from Singapore, a Distinguished Fellow at the Asia Research Institute (ARI), National University of Singapore—“Can Asians Think,” (1998 , 2001). He writes,  “The most painful thing that happened to Asia was not the physical but the mental colonization. Many Asians… began to believe that Asians were inferior beings to the Europeans. [….] this mental colonisation has not been completely eradicated in Asia, and many Asian societies are still struggling to break free.”  The same could be said of some highly educated Africans, including some Ethiopians: they have not yet broken free from this mental colonization. It is what Frantz Fanon described as the pathology of “Black Skin, White Masks.” Such Africans gain recognition among whites by espousing the West’s viewpoint on Africans as people who need to be saved from themselves through the agency of the West, or of America, in Dr. Ero’s opinion.

Dr. Ero, as President & CEO of The International Crisis, a Western institution, whose self-proclaimed expert on Ethiopia, William Davison,  has been acting as the hired gun of the TPLF, has certainly gained the approval of the “White TPLF.” But to Africans, judging by her op-ed. piece, she is one of those who give agential primacy to Westerners and refuses to recognize that Africans are the thinkers and makers of their history. Though she is of African origin, Dr. Ero forgets that Africans have often overcome through their own struggles the obstacles the West has been raising since the 1600 to bar their way towards a better life. The fact that Dr. Ero, an African, writes an opinion piece that confirms the West’s and its “White TPLF” agents’ demeaning perception of Africa forces us to raise a question comparable to that Prof. Kishore Mahbubani raised: “Can Africans think?”

4 thoughts on “The “White TPLF,” Ethiopia, and the Negation of Historical Agency”