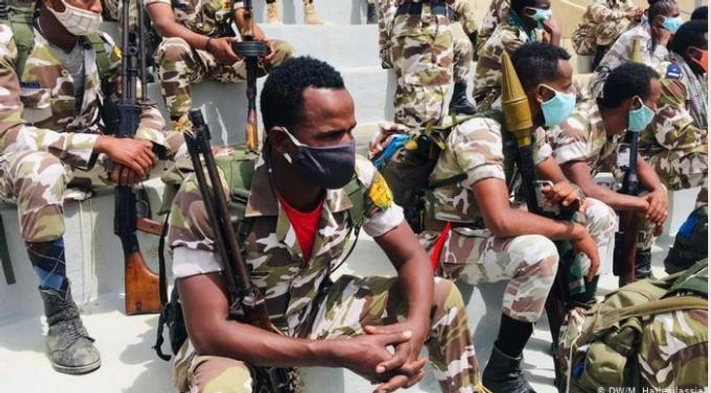 The current situation in Ethiopia is very alarming. The Tigray People’s Liberation Front (TPLF) has issued an ultimatum to the Amhara regional forces to vacate the areas known as Wolkite, Tsegede, Tselemt and Raya or else “face military attack”.

According to Guardian, the TPLF is now mobilizing thousands to march against the Amhara. Tigray forces mobilise against militias from neighbouring province | Ethiopia | The Guardian. Other reports also show that TPLF militia that fled to Sudan is reorganizing to return to fight in Wolkite, Tsegede, Tselemt.

We at SOCEPP Canada are very concerned that this irresponsible and belligerent threat of the TPLF will lead to unprecedented loss of life and destruction of properties. We are afraid that unless something is done and done now to stop this threat from being translated into practice, it could very easily be the spark that will initiate regional destabilization in the horn.

Also read:  Statement on Allegations of the Use of “Starvation as a Weapon of War” in Tigray

For anyone who follows the situation in Ethiopia very closely, and the situation in the areas mentioned above in particular, it is clear that the forced annexation of the areas into the administrative region of Tigray has been challenged from the very beginning.

Furthermore, the legal complaints filed by inhabitants for the regions to resolve the issue through the formal process was completely time and again blocked by the TPLF throughout its 27 years of ruling the country. Over the years, thousands who opposed the forced annexations of the regions were exiled, killed and forced out of the regions.

It is also known that the TPLF has used “resettlement programs” to change the demography of the region by settling a very large number of ex TPLF combatants and cadres in these areas.

Given the above, there is no question that any attempt to take the area by force by the TPLF forces will lead to a catastrophic and widespread conflict that could have a far reaching .consequences. We insist that the TPLF refrain from such irresponsible and provocative action.

We urge the government of Canada, members of parliament, peace groups and the International Community to condemn TPLF’s adventure and put pressure on the TPLF to come to its senses to seek a peaceful solution. We will hold the TPLF responsible for any loss of life, destruction of property or escalation of the conflict that could follow due to such a reckless act.  SOCEPP Canada